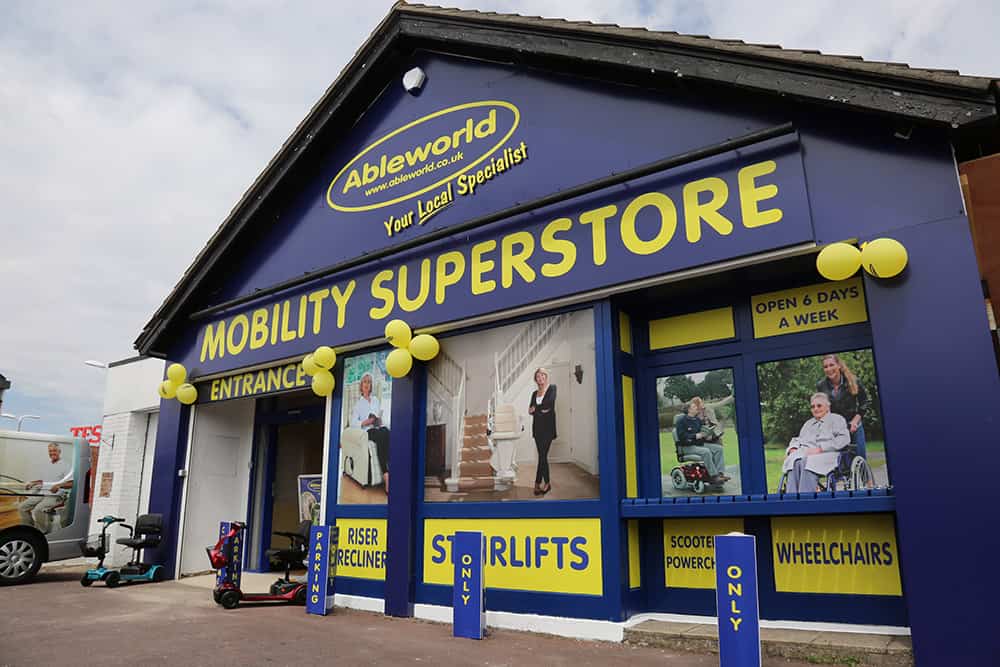 Announcing a 21.7 percent year-on-year increase in sales on March last year and the launch of a new store on the South West coast, Ableworld’s Managing Director Mike Williams discussed with THIIS some of the key drivers behind the Group’s success.

“What a great start to the spring season with a 21.7 percent growth over the entire group of Ableworld,” said Mike.

“As always, there are winners and losers in the mix but because of much-improved weather over last year, the majority (especially scooters) were winners.”

Out of its portfolio of 34 company owned, joint ownership and franchised stores, Ableworld’s founder highlighted that only four stores were slightly down on the previous year, with 30 stores increasing sales mainly in double figures and a small number doubling the previous year’s sales.

Mike continued: “In the year, we have had four stores where other strong competition has opened locally against us and as we all know, competition is good for you – meaning you often up your game. In these stores, for the month of March, they all had increases of between 26.5 percent and 40.7 percent and year to date (seven months) between 9.65 percent and 37.34 percent.”

Recently, Ableworld Bournemouth announced that it will be opening up a new store on the South West coast in Christchurch in mid-May, providing mobility equipment and its stairlift and engineering services.

The national mobility retailer has also invested heavily in its stock levels highlighted Mike: “You can’t sell fresh air though, so we took the decision earlier in the year to up our stock levels by around 15 percent, not because of Brexit but because of our much more aggressive marketing programme across the board, meaning our suppliers are under more pressure than ever to ensure stock availability.”

Following one of its major suppliers ceasing business last year, Mike praised the reactions of his Buying Department, noting that the company still saw double-digit growth against the previous year on that department whilst waiting for a replacement supplier, which he says is now in place on one of its main, own-brand products.

“As always, the challenges will be there for the remainder of the year – summer last year was tremendous with great figures and weather, so it will be a big ask to increase against them, however, we have the structure and stocks (around £3million) in place to ensure we have another year of increased sales and profits,” finished Mike.