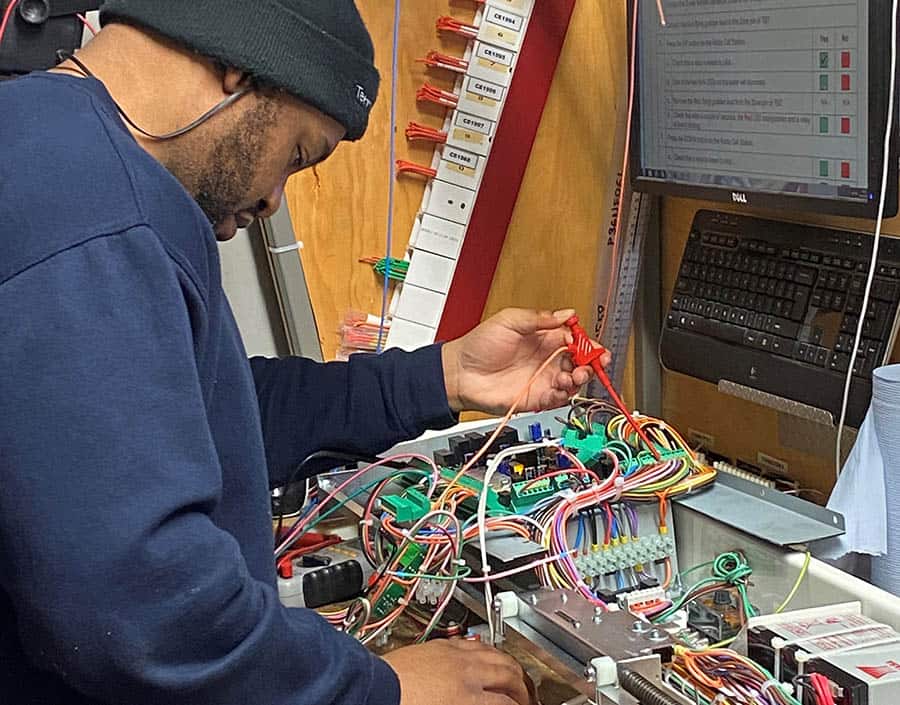 An engineering apprentice working for platform, step and mobility lift manufacturer Terry Lifts has been named the winner of the 2020 Maintenance & Operations Engineering category at Macclesfield College Apprentice of the Year Awards.

Currently working with the Cheshire-based lift supplier whilst completing his studies, Anthony White was hailed as a worthy winner for excelling in the College’s Maintenance & Operations Engineering Standard.

The talented young engineer is employed in Terry Lifts’ electrical assembly area where he is involved in the manufacture and testing of a wide range of electrical control circuits and assemblies that are used to operate the company’s lifts.

“I’ve always had an interest in both electrical and mechanical engineering and becoming an apprentice has given me the opportunity to expand this interest and gain a skill within a well-established business,” commented Anthony.

“I enjoy the technical aspects of both my apprenticeship and role, and the sense of achievement and pride I get from completing tasks. I’m also enjoying spending time in the design department which is giving me a chance to develop my skills in a different environment.”

During his time with the company, Anthony has also been involved in projects that have played a key role in helping improve Terry Lift’s production capability. 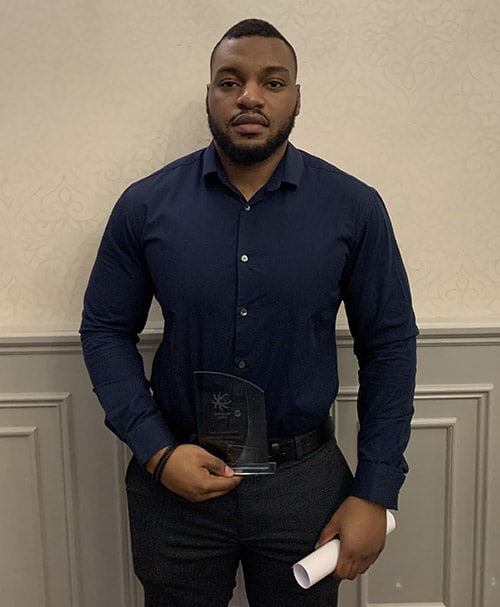 “I am particularly proud that, under the guidance of the design department, I designed and built a new test box for one of the wiring looms we produce in the electrical department to improve the test process,” he continued.

“This project has made me feel like I have added something positive to the business.”

Anthony’s hard work and dedication were recognised at the College’s Apprentice of the Year Awards, held during National Apprenticeship Week 2020.

The awards celebrate the achievement and commitment students demonstrate while studying with the College’s dedicated employer-responsive arm, Maxim Business Training – one of the major providers of apprentice training in East Cheshire.

Speaking at the awards evening on the 5th February, Tracy Cosgrave, Director of Employer Enterprise and Commercial Services category at Macclesfield College, said: “This winner is dedicated and conscientious and is always prepared to go that extra mile to show willing when using their knowledge to assist others.  Showing great maturity, they are always looking to improve their own knowledge and the processes that they are involved in.”

Anthony is one of two apprentices currently working for the British-manufacturer, with one employed in the electrical department and another in a mechanical assembly role.

Additionally, Terry Lifts boasts four members of staff who have completed apprenticeships whilst in employment. Currently, they are in mechanical assembly, welding/fabrication and finance roles.

Recently, Dolphin Lift Midlands’ HR Manager stressed the need for more companies to invest in bringing through young engineers in the sector to address a growing skills gap in the field.

It follows an interview with Kent Mobility’s Managing Director John Payne in 2019 where the experienced mobility retailer emphasised the difficulty in finding new, engaged engineers in the industry.

“It is a tough sell to convince a young engineer who is interested in working on new BMWs and fast motorcycles to work on wheelchairs and mobility scooters. Really and truthfully, we are at the bottom of the list,” commented John in April 2019.

“Also, you have to have someone who takes a real interest in the products and the people using them. Good young engineers, in general, are hard to find so to find one who is really engaged with mobility products is even harder.”