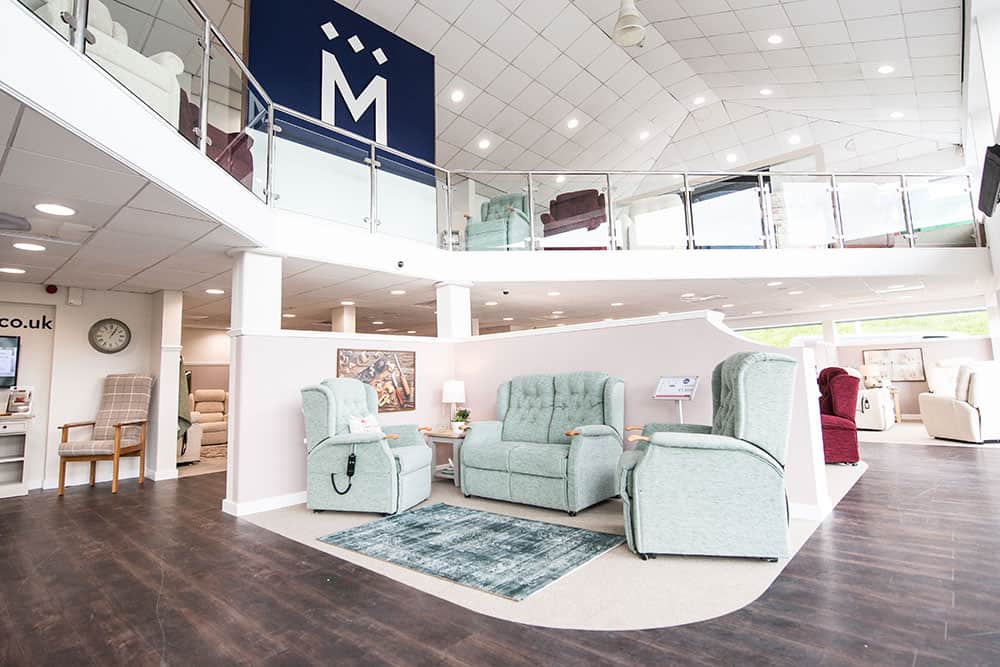 Increasingly, the mobility market is becoming polarised between retailers focusing more on the lifestyle-orientated end of the market and those specialising in meeting more complex needs. One company that is enjoying substantial growth in the competitive lifestyle-end of the market is Middletons, with grand plans to become one of the largest retailers in the industry. THIIS spoke with Founder Ricky Towler to learn more about the company’s national ambitions, the importance of effective marketing and the challenges facing today’s bricks & mortar retailers.

Formed in 2013, Middletons is the brainchild of Ricky Towler and his business partner Tom Powell, the two men behind the direct-selling, Bristol-based furniture firm Oak Tree Mobility, which they launched in 2008.

Discussing how he first became involved in the industry, the young entrepreneur recounted how he had started working for a mobility company who rented a property his father owned after finishing his university degree.

“I worked for them without thinking too much of it, saving up cash to go travelling and delay working as long as possible but soon realised the industry has massive potential, with people living longer and wanting to remain in their homes longer, with plenty of products to help them do that,” explained Ricky.

“There were a lot of opportunities, however, I wasn’t particularly impressed with the company I was working for in regards to how they treated their customers and the product they offered, so I looked more into how the industry worked and the dynamics of a mobility company before saying to myself, I can do this better.”

“We had no idea how to sell furniture but we were decent guys and if we provided a good service and looked after the customer, then hopefully they would buy from us – and they did” Ricky Towler

“We saved up a bit of money between us, bought our first chair from a manufacturer in Wales, started Oak Tree, and the rest is history, so to speak,” reflected Ricky.

“We got the chair in his old beat up Honda Civic and would go out to see customers nationwide. We realised we had to go national quickly.”

Often a point of contention in the industry, with some warning of supplying nationally due to the difficulty on providing quicker aftersales support, Ricky maintained that expanding the company’s reach quickly was essential to achieve considerable growth.

“We first tried advertising locally because logistically, we felt it would be easier to manage,” commented Ricky.

“People, however, do not respond to local press like they do national. When you run a campaign in a local newspaper, you may get one or two calls, whereas if you run an advertisement in a national newspaper, you can get significantly more.”

Keen to scale up operations and gain a foothold in the market, the duo saved up and bought its a national advert in the Telegraph, reaching the newspaper widespread readership.

“I remember, we got a call from Mr and Mrs Thomas down in Dorset,” recollected Ricky.

“We had no idea how to sell furniture but we were decent guys and if we provided a good service and looked after the customer, then hopefully they would buy from us – and they did. They purchased our first two chairs and then that funded the next run of advertising and so on – it was a bit of a domino effect.” 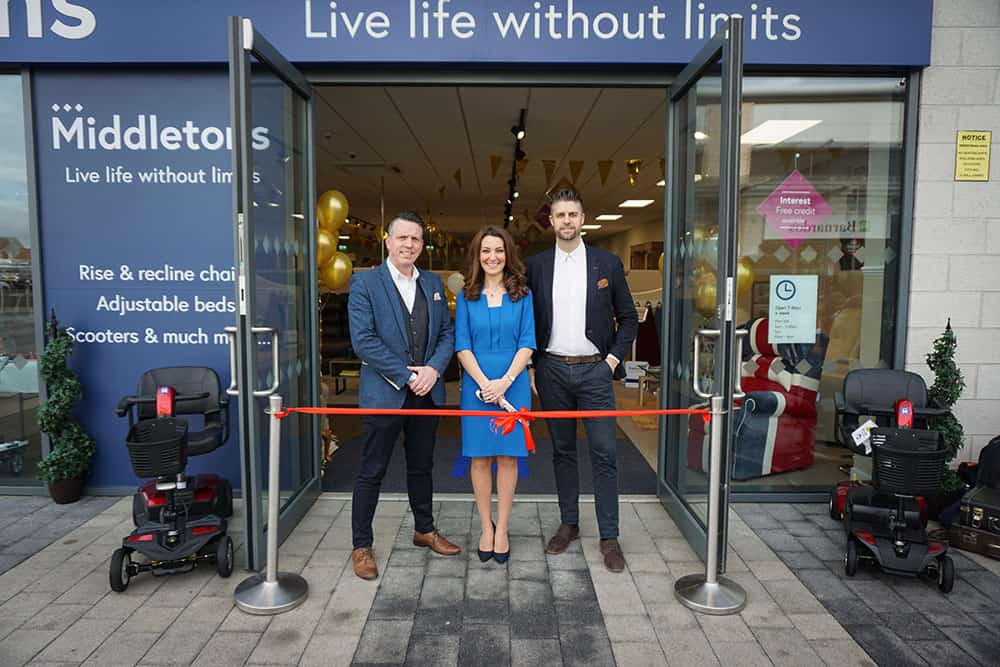 The inauguration of Middletons

Five years on from launching Oak Tree Mobility, the pair decided to try a different approach to retail and develop a new, standalone bricks and mortar operation.

“Oak Tree is a purely direct sales model, visiting customers in their own homes, however, we found there was a market for people who didn’t want to have somebody in their home and had the capability to go to a store and see these products in a store environment,” said Ricky.

“This is where Middletons was born.”

Aiming to bring a modern and fresh approach to mobility retail says Ricky, the fact the new mobility brand shared its namesake with the Duchess of Cambridge was no coincidence but rather a strategic marketing decision.

“We started the company back in the day when Kate Middleton was very much on the scene and was all over the press, followed by her big engagement,” explained Ricky.

“We saw it as free publicity really and every time the Middletons name was used, it was a big tick in the box.”

According to the managing director, the popularity of Kate helped define the regal look of the fledgeling mobility retailer, including the diamonds above the M on the crest of its logo.

Headquartered in Newport and with a store in Bristol, Middletons operated in the West for a number of years before a substantial investment in 2018 would enable the company to pursue ambitions of becoming one of the largest mobility retailers in the UK.

The company managed to attract a £3.8million co-investment from the newly formed Development Bank of Wales and Bristol-based Wealth Club. 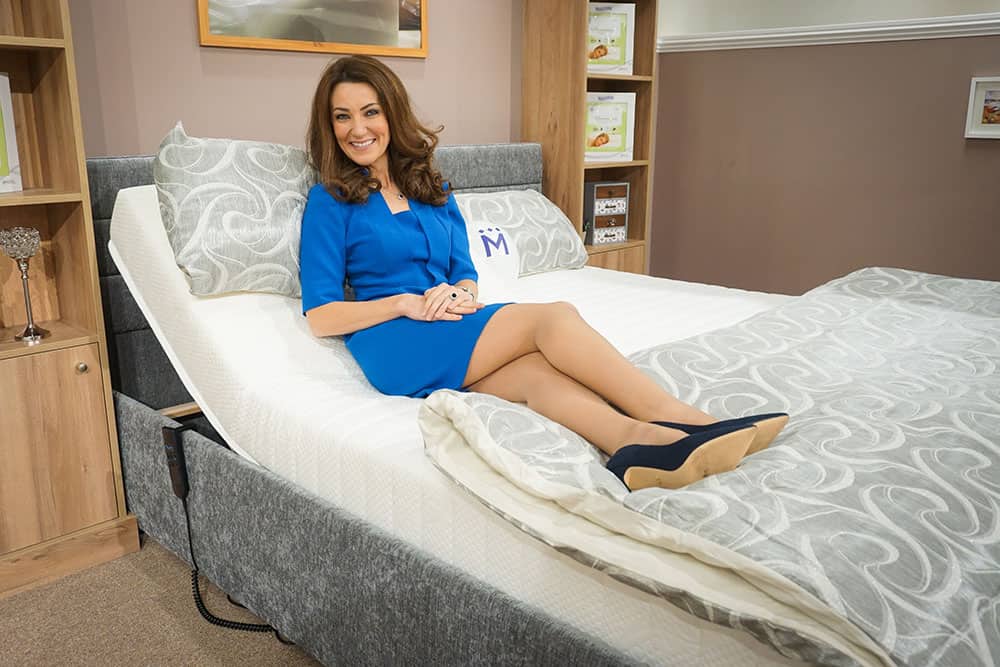 Discussing the investment at the time, Alex Davies, Chief Executive of the Wealth Club, commented: “As soon as I saw this opportunity, I liked it. The idea is great, the competition is fragmented and it operates in a market which, due to demographics, come rain or shine, should grow.”

Emphasising Middletons’ ties to Wales, Ricky explained why the Development Bank of Wales chose the retailer as one of its first major investments: “Besides being headquartered in Newport, all of our products are made in Wales so there is very much a Welsh association with everything that we do.

“Also, the growing market, the value of the pound, the fact we have been in the industry and well-established were all big pluses for the investors. We know the industry, the customer, how to market successfully and how the sales process works already, so we weren’t fresh to the market, which gave them more confidence that we would succeed.”

With a substantial cash injection, the company started to put its plan of becoming a national retailer into motion, aiming to establish 24 stores across the UK within three years.

In 2018, Middletons stores and concessions quickly popped up across Wales and the West of England, with new retail operations in Swansea, Bath, Oxford, Herefordshire, Cardiff and Shrewsbury. By the end of the year, the company had expanded to nine new outlets, with no signs of stopping.

“We will either go further North West or we’ll drop down onto the South Coast.” Ricky Towler

Ricky confirmed the intention to launch a total of eight new stores in 2019, having already launched new stores across the West and West Midlands in Coventry, Cheltenham, Cannock and soon Brierley Hill.

Careful not to give too much away, he considered where the remaining four stores would be located: “We have four more to go for 2019 and then we repeat that feat for 2020.

“We will either go further North West or we’ll drop down onto the South Coast. It really depends on store availability and logistics.”

Where the company will seek to expand will largely depend on store availability, underlined Ricky: “We have certain criteria for stores that have to tick certain boxes and if it appears that there are more available premises that meet our needs in the Southern region, then we’ll head that way or North if the same applies.”

In addition to its own premises, Middletons also operates a number of concession outlets in its retail portfolio, with these strategically selected spaces offering the company a number of unique benefits.

“Our demographic very much like a day out with a coffee, looking around garden centres and enjoying that retail experience. The majority of customers who go to visit garden centres, where our concessions are based, also fall into our demographic, therefore it is a different way to engage with these customers without large investments of marketing.”

Not only do Middletons’ four concessions help them reach their key demographic without the costly expense of purchasing and fitting out a dedicated store, but it also enables the mobility brand to benefit through association.

“We get the added benefit of the garden centres’ reputation as well,” explained the mobility boss.

“Their customers link the Middletons’ brand with the centre, adding that extra credibility and trust, which is so important in this market.” 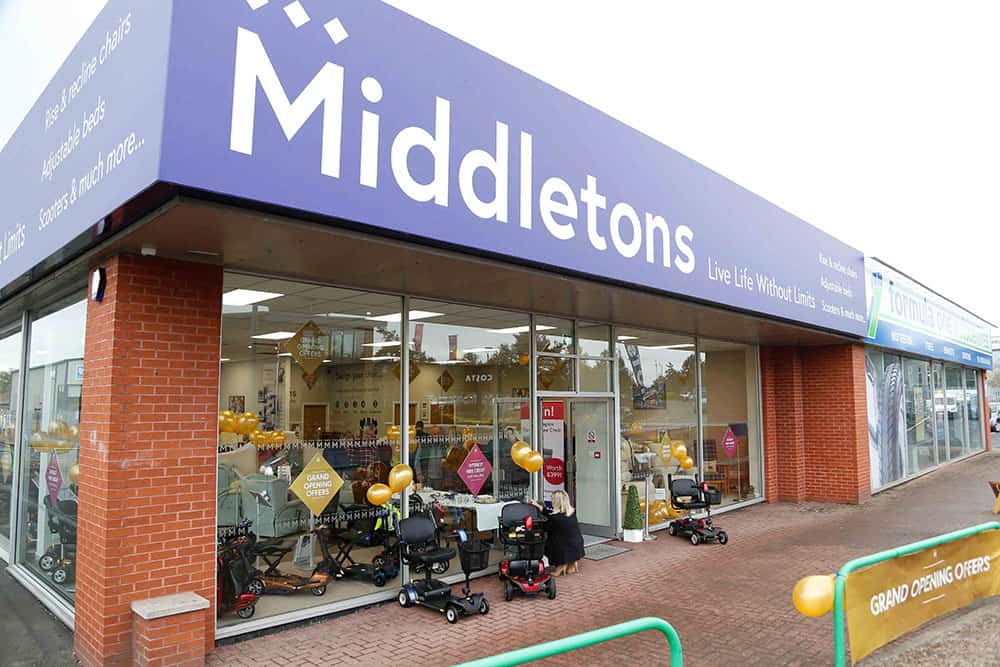 Despite the company’s grand ambitions to be the number one national mobility retailer in the UK, Middletons’ owner is well aware of the challenges it faces as it grows and expands.

“With this growth can come mistakes, which no one likes to admit, but sometimes you have to make these mistakes to learn how to fix them and avoid making them in the future,” stressed Ricky.

“It is all part of adapting and growing, which is essential for any business. For Middletons, it’s about being efficient and expedient enough as a business to know when mistakes are occurring and getting them sorted as quickly as possible.”

With increased competition from online players and other mobility retailers in the industry, Ricky highlighted the difficulty of remaining price competitive against online-sellers whilst aiming to deliver good customer service.

“From a price competitive perspective, it can be difficult to compete with some of the prices online and it is because the amount of service being offered online is much lower to that being offered in store,” he admitted.

“With this growth can come mistakes, which no one likes to admit, but sometimes you have to make these mistakes to learn how to fix them” Ricky Towler

“In my mind, customers need to go through how to work and use a scooter safely, understand how it folds, as well making sure they get a two-man delivery and feel confident they know how to use the product when it arrives. The fact of the matter is, all of those elements cost money.”

Working to strike the right balance between competitive pricing and high-quality, the company says it has invested in a number of measures and initiatives to ensure customers stay safe, aiming to address growing industry concerns surrounding scooter safety.

“We offer a ‘Scooter School’ where customers go through health and safety elements and receive a free high vis jacket from us. We also have scooter tracks in a lot of stores, which feature a lot of the everyday obstacles customers can come into contact with, such as speed bumps, curbs and pebble stones,” outlined Ricky.

“We like to make sure customers feel secure on the device and understand how to negotiate these different obstacles. There are a series of questions and tests we like to offer, almost like a mini driving test, which customers go through which we sign off to say they are good to go.

“Again, all these different service elements cost us money which means competing in price against online-only retailers is difficult but I believe it is necessary to offer these services to customers.”

What does the future hold?

Besides its raft of new stores, Ricky’s says the potential of the Middletons brand goes beyond just that of the UK.

“Those 24 stores will cover half the country and the goal is to take the brand national and cover the entire UK. Past that, I think looking outside the UK and bringing the Middletons offer to Europe and the States could be an option,” alluded the ambitious mobility MD.

“I think the brand, with the whole royal family thing, would be received really well in America.

“The idea really is to breathe new life into the market, become market leaders and put Middletons on the map.”