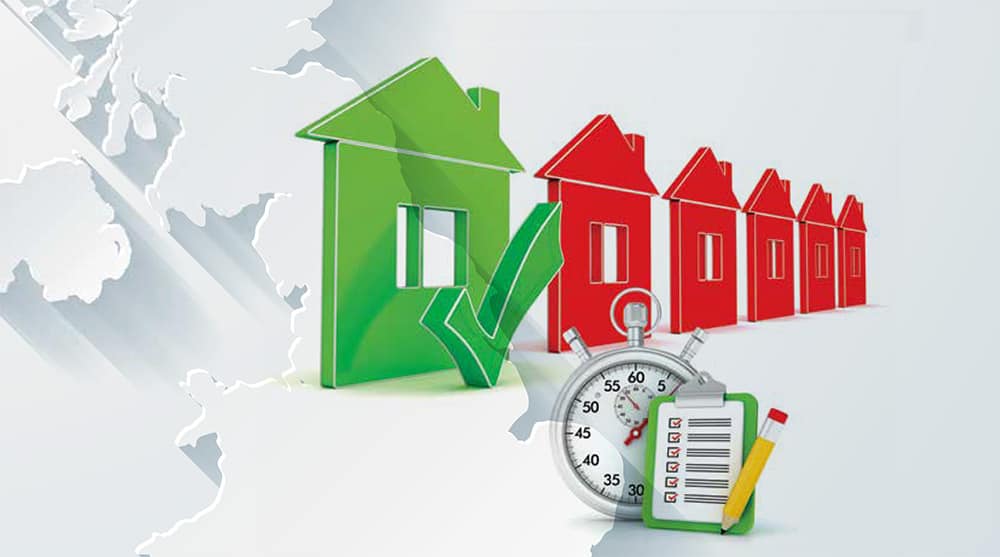 Aiming to address major and minor housing adaptation delays, the Royal College of Occupational Therapists (RCOT) has outlined a new framework to organisations for how housing adaptations should be assessed and delivered throughout the UK.

Written by the Housing Learning and Improvement Network (Housing LIN) and commissioned by RCOT, the new guide follows a substantial, UK-wide review of the 2006 Minor adaptations without delay guide carried out by Housing LIN on behalf of RCOT in 2017.

With the 2006 guide focused on enabling housing associations to provide minor adaptations without the need for an occupational therapy assessment, the 2017 review aimed to identify whether new guidance was needed in the midst of growing housing adaptation delays.

The underlying causes of delays

Findings from the review revealed waiting for a social care assessment was a key factor for delayed adaptations, with the study pointing out that a misunderstanding of major adaptation funding legislation was being misinterpreted as being dependent on an occupational therapy assessment.

Noting that the most common major adaptations required are showers, stairlifts and ramps in often simple and straightforward situations, the review also emphasised that the need of an adaptation is typically defined by the type or cost of the adaptation required, rather than the complexity of the situation.

Stressing that “a radically different approach to addressing the delays in the assessment and delivery of adaptations” is needed, RCOT’s new Adaptations without delay guide seeks to tackle the causes of delays identified in the review’s findings.

Setting out to define adaptations based on complexity rather than cost and type of adaptation, RCOT says the new guidance aims to reduce delays in simple and straightforward cases which may not require specialist occupational therapy assessment or interventions.

The level of adaptation complexity

Stating that delays in adaptations can increase the risk of acute health problems and social care needs developing, the publication recommends a new decision-making framework for establishing the complexity of assessing an adaptation and determining the level of OT intervention required.

Defining the different levels of complexity as universal, targeted and specialist, the guide says defining adaptations by complexity rather than the funding mechanisms for the type of solution that is being installed will help avoid the disproportionate use of specialist occupational therapy services on simple cases.

The Royal College maintains that this will enable OTs to employ their specialist skills with the growing number of individuals whose circumstances are complex, whilst working alongside unregulated staff for more straightforward adaptations, such as training and supporting trusted assessors to assess and make recommendations for major adaptations. 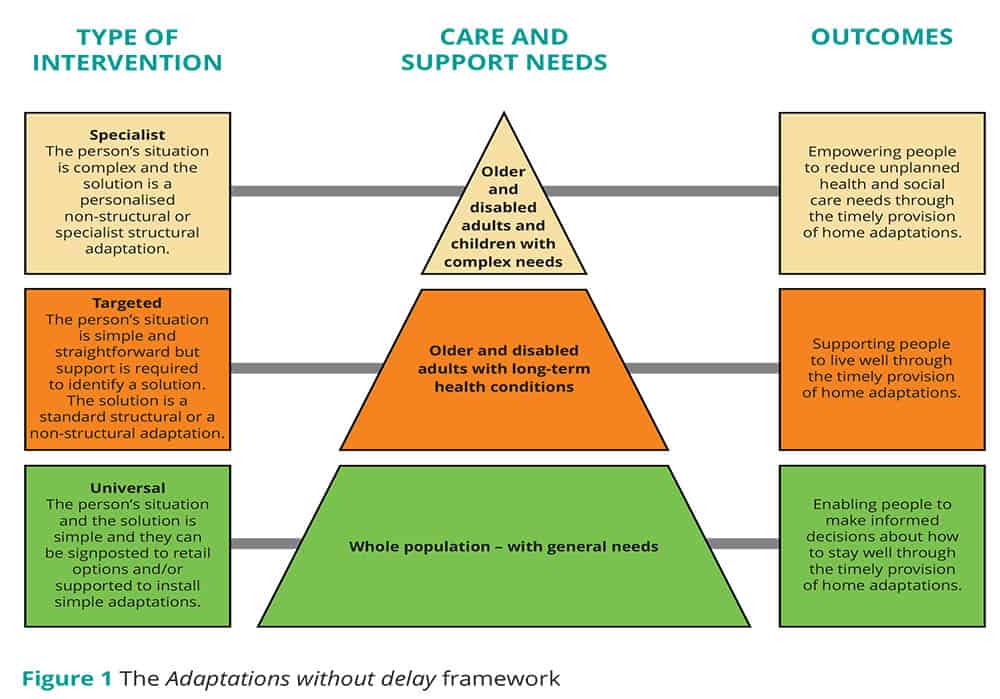 Defined as enabling people with low levels of needs to make informed decisions about how to stay well through the timely provision of home adaptations, universal types of intervention are often the simplest solutions were a person or their carer can be signposted to retail options and/or supported to install simple adaptations, such as an appropriately placed grab rail.

Defined as targeted types of intervention and services enabling older or disabled people with long-term health conditions to maintain their personal dignity and increase independence with housing adaptations.

According to the guide, these will be situations which are simple and straightforward but require support to identify the most appropriate solution, with the solution potentially being universal but likely being a non-structural adaptation or standard structural solution, such as a wet room.

Defined as the most complex of situations, “specialist types of interventions and services empower people with complex health and social care needs to maintain their personal dignity, and reduce unplanned health and social service care needs through the timely provision of home adaptations.”

These adaptations will likely be personalised non-structural or specialist structural solutions, requiring the direct specialist skills of occupational therapists, working alongside other organisations.

A lack of housing adaptation awareness

The new guidance by RCOT follows a growing body of evidence from various organisations highlighting the need to tackle and reform how housing adaptations are assessed and delivered across the UK.

At the end of 2018, a major review of Disabled Facilities Grants (DFGs) in England by the UK Government called for a major overhaul to the current system, noting that stretched services had not focused on raising awareness of adaptations due to a fear of an inability to meet demand.

Additionally, charity Versus Arthritis in May 2019 condemned the lack of awareness and advice surrounding support for aids and adaptations for thousands living with arthritis.

The findings from both the Government and Versus Arthritis were supported by the findings of Housing LIN’s 2017 review, which also identified that “there is a large proportion of people who are not eligible for funding for adaptations who could benefit from better information, advice and guidance on how to get adaptations installed.”

In response to the growing demand for better advice and signposting, Foundations, the government-funded national body for Home Improvement Agencies, announced later in May that it would be offering free training around DFGs to support organisations involved in helping people living independently.