Calvin Barnett 9th May 2019 Thousands with arthritis left struggling for years due to lack of awareness of support for aids and adaptations2019-05-09T12:13:31+01:00 Newsroom, Reports & Research, Third Sector 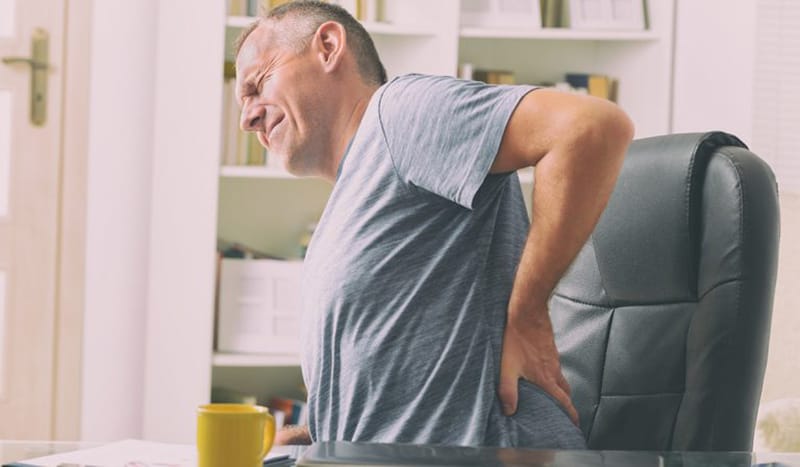 Following a survey of people living with arthritis, charity Versus Arthritis has reported that thousands of individuals are unnecessarily struggling at home unaware of the support available to them from their Local Authority.

Aids and adaptions in the home, such as grab rails, raised toilet seats and stairlifts, can prove invaluable for improving the quality of life for those living with arthritis emphasises the charity, often being the difference between someone remaining independent or not.

Under the Care Act 2014, local authorities have a duty to provide aids and minor adaptations free of charge to those who cannot do two or more activities of daily living, such as getting dressed or using the toilet without help, however, research carried out by Versus Arthritis found many people were not aware that the support was available.

According to the charity, 47 percent of people surveyed with arthritis who had purchased their own aids and adaptations were unaware their Local Authority could provide the same equipment for free.

43 percent of respondents said they needed help at home for more than two years before finding out about the support that could be available to them, whilst a third of people who did not use aids or adaptations said this was because they thought they would have to pay for them.

According to the charity, people with arthritis are being left out of pocket due to this confusion, emphasising that the costs of aids can quickly mount up. 29 percent of those surveyed claimed to have spent over £1000 on the cost of aids and adaptations, with some having spent over £5000.

In response to the findings, Versus Arthritis is calling on local and central government to do more to improve awareness of this provision and ensure that people have better access to the support they are entitled to.

The arthritis charities findings support Department of Health and Social Care’s review of Disabled Facilities Grants, which identified that fear of triggering an unmeetable demand has resulted in a lack of DFG advertising and lack of awareness was a key challenge to applying for the grant.

Tracey Loftis, Head of Policy and Public Affairs at Versus Arthritis, commented: “People with arthritis deserve better than this and should be provided aids and adaptations free of charge when eligible. We are calling on Government to play a key role in developing best practice for local authorities as well as asking local authorities to provide information to the public about this vital service.”

The new charity, which was formed in Autumn 2018 following the merger of two of the UK’s largest arthritis charities, Arthritis Research UK and Arthritis Care, is focused on demanding and delivering better support and care for over 10 million people living with arthritis and related conditions in the UK.

https://thiis.co.uk/thousands-with-arthritis-left-struggling-for-years-unaware-of-support-for-aids-and-adaptations/https://thiis.co.uk/wp-content/uploads/2019/05/backpain_home_male.jpghttps://thiis.co.uk/wp-content/uploads/2019/05/backpain_home_male-150x150.jpg2019-05-09T12:13:31+01:00Calvin BarnettNewsroomReports & ResearchThird Sectoradaptations,aids,arthritis,central Government,charity,Department of Health and Social Care,DFG,disabled facilities grants,Local Authority,minor adaptations,Versus ArthritisFollowing a survey of people living with arthritis, charity Versus Arthritis has reported that thousands of individuals are unnecessarily struggling at home unaware of the support available to them from their Local Authority. Aids and adaptions in the home, such as grab rails, raised toilet seats and stairlifts, can prove...Calvin BarnettCalvin Barnettcalvin@thiis.co.ukAdministratorTHIIS Magazine