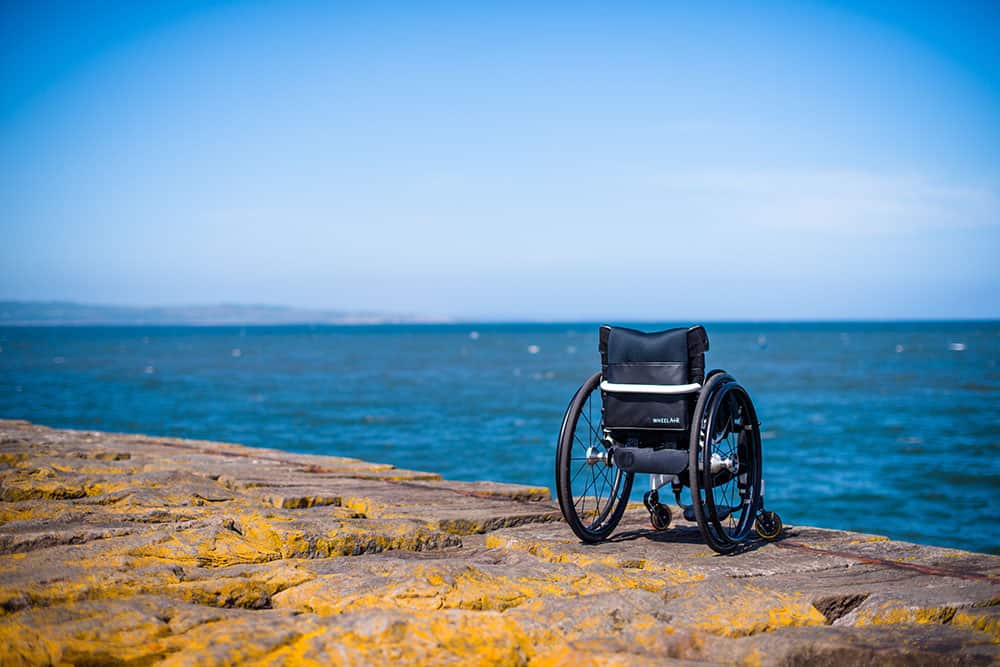 Presented at the annual Posture and Mobility Group Conference 2019, wheelAIR, in coordination with Victoria Curling and Suzanna Shari from NHS Guys & St Thomas Wheelchair Services (Kings College Hospital), discussed whether the wheelAIR cooling backrest could change the life of a man with complex needs.

The study looked at the ventilation system with a 52-year-old client, who has cerebral palsy, a learning disability, asthma and a history of respiratory failure. He also has complex seating needs including pelvic obliquity, scoliosis concave, reduced hip flexion, and posterior rib hump.

One of the main issues the client deals with is extreme temperate regulation and he has a tendency to scratch his knees and forehead as well as develop redness on his back.

His mum manages this by changing his t-shirt four times a day, constantly wiping perspiration off his face, using four fans to cool him down, changing in situ slings twice a day, and placing a towel behind is back.

Seating and positioning the client has always been challenging as he requires a close-fitting seating system due to his complex seating needs and impingement issues. His longstanding issues with overheating and perspiration all year round also prove to be a challenging factor when manufacturing an intimate seating system.

Victoria Curling detailed the client’s long journey to cool him down: “He had tried most if not all of the solutions available. Each solution had its own merits and worked in their own way. The Matrix/Lynx, MSI provided rigid, excellent postural support but was hot and a little too firm for him. We also tried carved foam seating and later carved foam with holes in for airflow. This was more forgiving on his skin but still too hot.

“Matrix and Lynx allowed for airflow with its open structure but in this case, did not do enough to keep him cool. His mum had used up to four desk fans behind and in front of the chair, but the padding that lines the seating didn’t allow for effective ventilation and wasn’t very portable.

“We also tried a few of the smart materials like bamboo covers, but they did not provide a noticeable enough improvement to make him more comfortable. We had also tried a more careful design of the custom seat, making sure only to contact him on load-bearing surfaces to allow for natural air movement as possible.”

While some solutions offered slight improvements, nothing drastically influenced his ability to cool.

It was after this journey that Victoria met Corien Staels, wheelAIR’s founder, at Naidex and discovered the cooling backrest system.

The client’s occupational therapist, Suzanna Shari, saw the clinical need for wheelAIR system for him, which is how the case for funding was made.

After integrating the wheelAIR system into the client’s mould and playing around with different materials, the prototype worked really well.

It meant that he changed into one or two t-shirts a day instead of four; his mother no longer had to wipe perspiration from his face; he no longer needed to change into in situ slings; he did not need a towel behind his back; he stopped scratching his head and knees and there was a reduction of redness on his back.

During the course of a year, it was evident that the wheelAIR significantly improved the client’s life and that of those around him, and helped him effectively stay cool. He now needs his clothes changed only once per day and hardly sweats anymore.