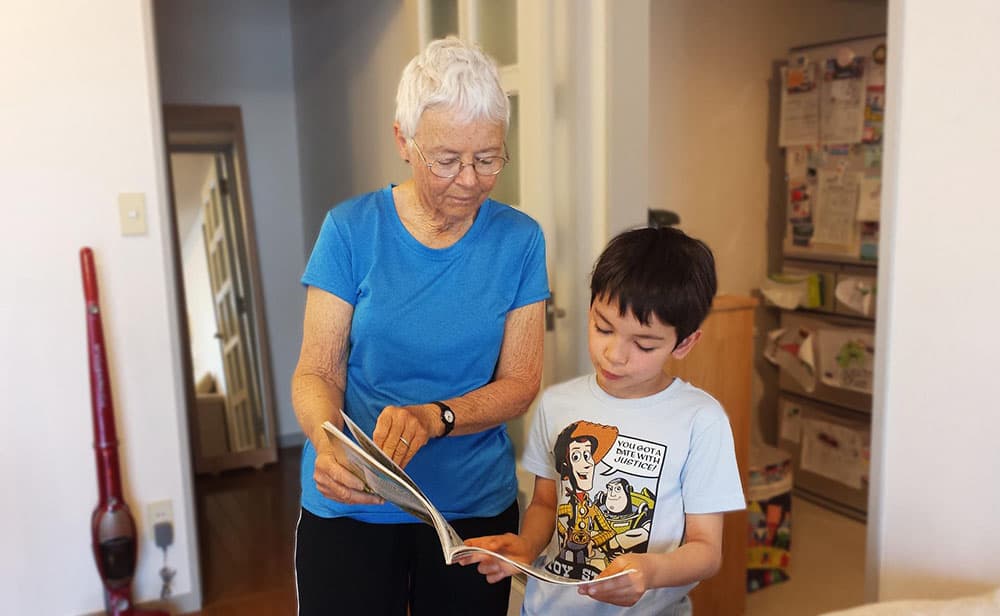 Stannah Stairlifts’ ‘Silver Census’ study has disclosed the top 20 best things about growing older, shining a light on what aspects of life older people most enjoy, with results involving grandchildren dominating the list.

The poll of 1,600 over-60s found retirement topped the chart as the number one best thing about growing older, however, the results suggest spending time with family and particularly grandchildren is a key activity that older people enjoy with their newly found free time.

Of those polled, two-thirds are already grandparents and one in six even claim to emotionally closer to their grandchildren than their own children.

It also emerged grandparents are living nearby to their young relatives, with nearly half (44%) located five miles or less from them.

Patrick Stannah, Managing Director of Stannah, commented: “Having more time for yourself is such a valuable thing once you retire, but what’s even more exciting is being able to reconnect with your family – especially with your grandchildren.

“Our second Silver Census found over-60s look forward to spending time with their children’s children, whether it’s taking them on outings or reading together. It is heart-warming to see such strong inter-generational links blossoming around both traditional activities as well as modern communications channels”

Time to stock a bookshelf?

Interestingly, the research discovered that 84 percent of grandparents spend quality time with their grandchildren by reading to them, with more than a third of these respondents reading to grandchildren once a week or more.

In the list of best things about growing older, buying books for grandchildren appeared 18th in the overall top 20 list, whilst reading books to children ranked 15th.

Alongside its chart of the best 20 things about being older, the Silver Census also asked respondents to suggest the top 20 books they believe every child should read.

The Famous Five, The Railway Children, The Lion, the Witch and the Wardrobe, The Wind in the Willows and Tales of Winnie the Pooh topped the list of books, with 40 percent of grandparents choosing to read their favourite childhood tales to youngsters.

In addition to reading to grandchildren, nine in 10 respondents that chose to get more choice over how to spend their time which appeared 2nd on the top 20 list said that they chose to use that free time reading.

According to the study, charity shops are the most popular place for people over 60 to purchase a book, with over 45 percent choosing this destination over book shops and online, with nearly a third using a local library.

Nearly half of those surveyed through OnePoll said they read every day, and 39% said they enjoy learning something new while half said it keeps their mind ‘sharp’.

According to the poll, more than two-fifths enjoy themselves more now than they have done in their younger years, with less stress, longer holidays and generally being less concerned with what others think as key contributing factors.

In addition to hinting at a potential ancillary product opportunity for mobility retailers, the results could also prove particularly useful for those mobility marketers, with the results helping mobility companies to adapt their communications to better reach and communicate with older consumers.

A potentially easy to implement and affordable way to encourage customers to enter a mobility retail store could be a book exchange, where customers drop off and pick up different books for other customers to use. Not only a potential talking point, but the exchange could also be a means to get customers talking and building a close-knit community.

Top 20 books every child should read according to over 60s: