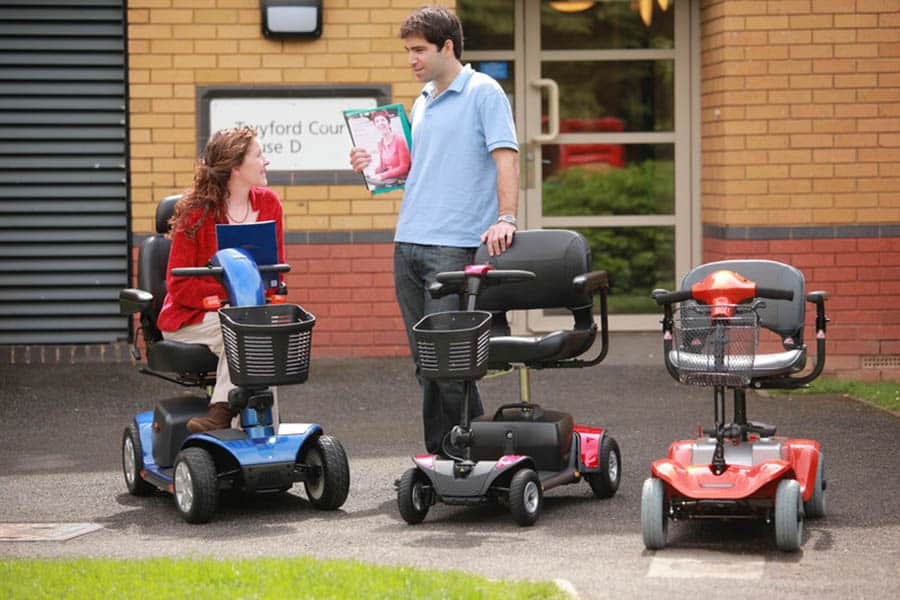 The firm’s net operating costs were approximately £3,758 million, a figure down from the £4,618 million reported the previous year.

The company is contracted by the charity Motability to operate the Powered Wheelchair and Scooter Scheme (PWSS), as well as the Motability Car Scheme and Family Fund Car Scheme for families.

The report also found that there were 16,403 PWSS contract hire agreements in force, compared to 16,544 in 2019. During the year, the firm achieved an agreement renewal of over 91 per cent, the same as the previous year.

According to its report, 2020 was a challenging year for Motability Operations, with the COVID-19 pandemic leading to a range of social, health and economic restrictions placed on its customers, many of whom are in the ‘vulnerable’ category.

As the UK went into lockdown in spring 2020 the firm states that it took the decision to automatically extend leases which were coming to their scheduled end, enabling its customers to stay mobile.

Its customers received an insurance refund of £50, and Motability accelerated a £600 Good Condition Bonus to customers in need who requested it.

After months of dealer closures and disruption, the Scheme confirmed that it decided upon a phased approach to re-opening for applications.

Handover for customers who had ordered a vehicle before lockdown resumed immediately, its report stated, quickly followed by new orders from existing customers.

Meanwhile, new orders were resumed from the beginning of June 2020 and the Scheme was reopened to new customers in July.

The report states: “With restrictions in place across the UK, things are some way from getting back to normal, but customers can once again choose an affordable new car from a range of around 2,000 makes and models.”

The firm stated in the report that many dealers have been able to continue processing applications, and markets for selling ex-lease vehicles are now open too, with vehicle remarketing sales performing well.

Andrew Miller, a former Chief Financial Officer of Autotrader, took over as the organisation’s new CEO last year after the previous CEO, Mike Betts, stepped down on 31 March 2020.

In 2018, Motability Operations came under fire from the media and the Government regarding its financial management, with the remuneration of its senior management being at the heart of the controversy.

In particular, Hamilton-James highlights that the organisation continues disclose greater remuneration transparency, going beyond statutory requirements, as well as conducted a review of its approach to forecasting residual values.

https://thiis.co.uk/motability-operations-profits-dip-as-demand-for-powerchairs-and-scooters-dips-during-covid/https://thiis.co.uk/wp-content/uploads/2020/01/motability-awards-winners.jpghttps://thiis.co.uk/wp-content/uploads/2020/01/motability-awards-winners-150x150.jpg2021-03-18T12:50:49+00:00Liane McIvorNewsroomSupplier NewsTrade Newsannual report,covid,Motability,powerchairs,scootersMotability Operations’ annual report revealed a profit of £101.8 million for the year ended 30 September 2020 – a large drop in profits from the £252.8 million reported in 2019. The firm’s net operating costs were approximately £3,758 million, a figure down from the £4,618 million reported the previous year. The...Liane McIvorLiane McIvorliane@thiis.co.ukAdministratorTHIIS Magazine