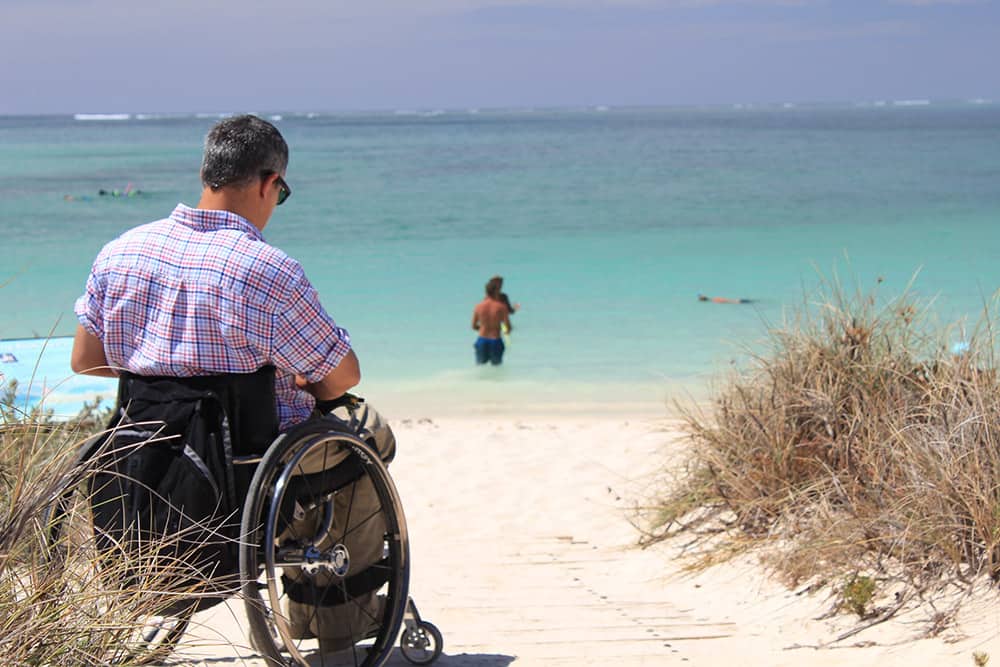 For the UK’s ageing population and the fifth of people who identify as having some form of disability, accessing and navigating transport can be a daunting experience. The thought of negotiating trains, planes and long journeys by car has long discouraged many from enjoying the freedoms of travelling, with the government and travel industry now waking up to the needs of disabled travellers to ensure transport is inclusive for all people.

Reporting a record 3.7million requests for assistance at UK airports in 2018/19, a rise of over 80 percent since 2010, the publication reinforced the growing popularity of air travel amongst the disabled community.

Importantly, for the first time since the CAA framework was introduced in 2016, no airports were classified as ‘poor’, whilst five airports managed to improve their ratings.

Out of the 31 UK airports ranked on accessibility, 14 airports were classified as ‘very good’ – a fall from the previous year’s 16 – whilst 16 airports were rated as ‘good’. Only Manchester Airport was identified as ‘Needs Improvement’, having been rated ‘poor’ over the last two years.

Paul Smith, Consumers and Markets Director at the UK Civil Aviation Authority, said: “These results show significant improvements to the experience many disabled passengers faced before our reporting began. We hope this will help passengers to feel confident and empowered to travel from UK airports.”

Despite this broad improvement across UK airports, the CAA’s research also found that nearly a quarter of respondents who requested assistance said they did so because the airport environment was becoming more difficult to get around.

Determined to drive further improvements, the CAA says it has introduced a stricter assessment framework from April 2019 onwards, requiring airports to further improve in order to retain or improve their classifications going forward.

A year on from the launch of the Inclusive Transport Strategy, the government’s flagship accessibility programme, the Department for Transport has invested millions into improving various aspects of transportation for disabled people.

One area of transportation that has received particular attention is Britain’s rail network, with the government recently opening £20million of funding from the £300million Access for All fund for rail stations in need of accessibility improvements to apply for.

The £20million will be used to help with the installation of small-scale enhancements for passengers with disabilities and mobility needs, such as tactile paving, handrails and Harrington Humps, which increase platform heights.

The recent funding pot follows an announcement in April this year by the Department confirming 73 stations will receive an accessible route into the station, as well as to and between every platform, to help passengers with disabilities or reduced mobility travel independently.

Rail travel has traditionally been notoriously difficult for those with mobility needs, with a recent travel experiment in London highlighting the lack of accessibility on the Underground. 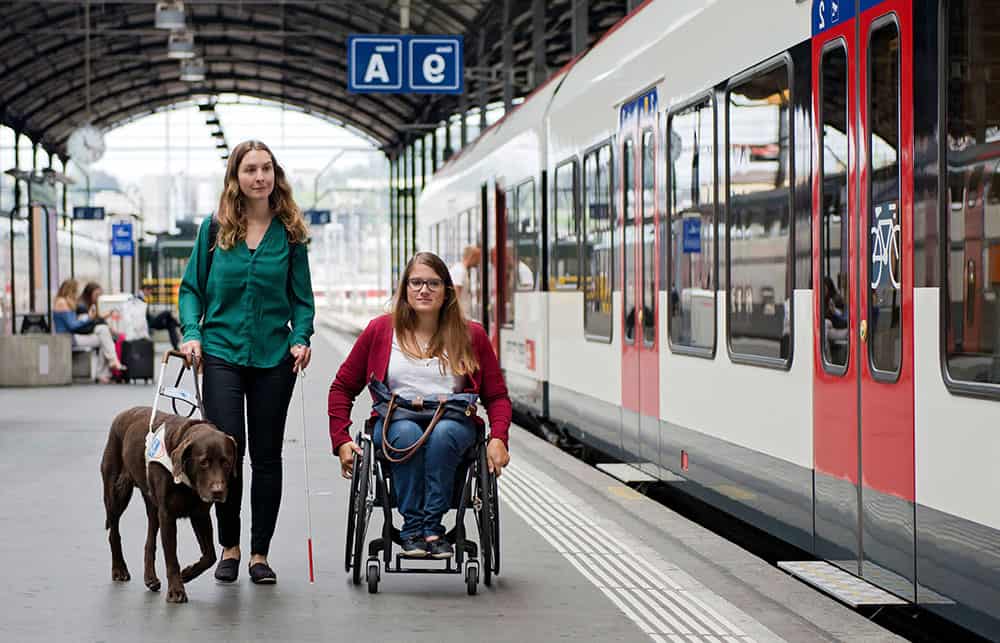 The ‘Going the Extra Mile’ experiment pitted five wheelchair users against five able-bodied commuters, tasking each pair to travel a popular commuter journey in London, with the commuters starting their journey from the same point and at the same time and finishing at the same destination.

According to the research, it took the five wheelchair users 49 percent longer than their able-bodied counterparts, with the wheelchair users often being required to use alternative routes as only 77 of London’s 270 stations are fully accessible.

In addition to the lack of access in many of London’s Underground stations, the disabled rail travellers noted that staff were not able to respond to passengers with disabilities due to a lack of training, whilst official travel apps and planners failed to accurately provide accessible routes.

Alongside investing in the rail network, the government’s Inclusive Strategy has also spearheaded the biggest change to the Blue Badge scheme since the 1970s, opening the scheme to people with less visible disabilities from the 30th August.

Widening the eligibility criteria will mean people who struggle to walk without considerable psychological distress or the risk of serious harm, such as those living with dementia, autism, and anxiety, will be eligible to apply.

Transport Secretary Chris Grayling said: “As a society, we don’t do enough for people with hidden disabilities. I hope this change to Blue Badge guidance will make a real difference to people’s lives.”

Originally created for disabled people with severe mobility problems to access goods and services by allowing them to park close to their destination, the Blue Badge scheme is open to eligible disabled people, irrespective of whether they are travelling as a driver or as a passenger.

The expansion of the scheme’s remit has been welcomed by many organisations, including the National Autistic Society, however, has led some to question if it will adversely affect those with physical disabilities and mobility needs.

In particular, some worry that the Blue Badge Scheme will become oversubscribed and under-resourced, lacking the infrastructure such as a lack of disabled spaces to accommodate the extra users of the scheme.

Graham Footer, CEO of Disabled Motoring UK,  commented: “DMUK works to support the mobility of disabled people and there is no dispute that people with certain mental health conditions and cognitive disabilities could benefit from having a Blue Badge.

“However, the charity is concerned that increasing the numbers of Blue Badge holders will put more pressure on limited disabled parking which is poorly enforced and in some areas of the country not enforced at all. We are particularly concerned about how this will impact on wheelchair users.”

To help Local Authorities manage the expected increase in applications, the government says it is providing an extra £1.7million to councils in the first year of the programme.