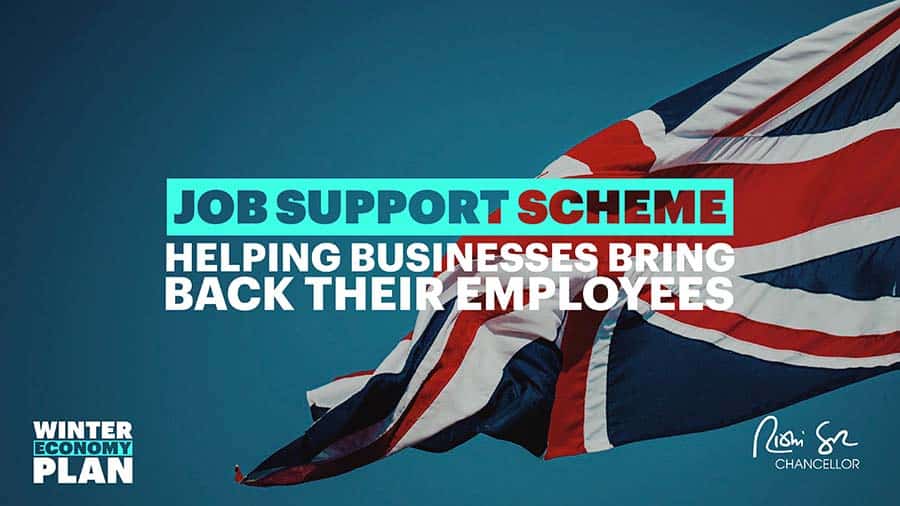 From November, a new government programme will replace the furlough scheme, aiming to protect what the government describes as ‘viable’ jobs. To help mobility companies prepare, THIIS examines the scheme in more detail.

Announced by chancellor Rishi Sunak on 24 September, the new Job Support Scheme will look to encourage employers to bring employees back to work by contributing directly to the wages of those working fewer hours due to lower demand.

How does the Jobs Support Scheme work?

Under the new scheme, companies will continue to pay employees for time worked, however, the financial burden of hours not worked will be split three ways between the government (through wage support), the employer and the employee (through a wage reduction).

Employers will pay the wages of staff for the hours they work and for the hours not worked, the government and the employer will pay one third each of the remaining salary.

To ensure the scheme supports ‘viable’ jobs, employees must work at least 33 per cent of their usual hours.

The government also stated that it is its expectation that “employers cannot top up their employees’ wages above the two-thirds contribution to hours not worked at their own expense” – a shift away from the furlough policy where companies could top-up salaries to 100 per cent.

Mobility companies will also be unable to make employees redundant or put staff on notice of redundancy during the period within which businesses are claiming the grant for that specific employee.

Which companies are eligible to participate in the scheme?

The new scheme will be open to all employers with a UK bank account and UK PAYE scheme. Importantly, neither the business, nor the employee, need to have used the furlough scheme before.

The government also says the scheme will be available to all SMEs. Larger companies, however, will need to meet a financial test to prove turnover is lower now than it was prior to COVID-19 – however, the government has not yet defined what constitutes a ‘larger’ company.

Notably, employers participating in the new Job Support Scheme will also be able to claim the Job Retention Bonus – a one-off £1000 bonus for each furloughed employee who is still employed as of the 31st January 2021.

Which employees are eligible to participate on the scheme?

To place an employee on the scheme, that member of staff must be on the employer’s PAYE payroll on or before 23 September 2020.

The employee must also work at least 33 per cent of their usual hours for the first three months of the scheme, with the government noting that it may consider increasing the minimum hours threshold as times goes on.

Interestingly, the scheme will also be flexible, with employers able to cycle employees on and offer the Jobs Support Scheme, including increasing and decreasing the amount of hours, for a minimum period of seven days.

Also, as with any change in contracted employment, employers will be required to agree a new short-time working arrangement with an employee being placed on the scheme and notify the member of staff in writing.  This agreement must also be made available to HMRC on request.

How does the government grant work?

Similarly to the furlough scheme, government grant payments, which will cover ‘usual wages’, will be made in arrears, reimbursing employers for its contribution.

As the grant is paid in arrears, a claim can only be submitted in respect of a given pay period, after payment to the employee has been made and that payment has been reported to HMRC via Real Time Information (RTI) return.

Employers will be able to start making a claim online through Gov.uk from December 2020 and grants will be paid on a monthly basis.

What are ‘usual wages’?

“Usual wages” calculations will follow a similar methodology as for the Coronavirus Job Retention Scheme, with the government stating that full details will be set out in guidance shortly.

Important to note, for employees who have previously been furloughed, their ‘usual wages’ will be their normal salary/hours, not the amount they were paid while on furlough.

How the Jobs Support Scheme will work in practice?

To help companies better understand the scheme, the government has provided a working example which we have slightly adapted:

See a breakdown of contributions based on employees’ working hours below: