Currently on trial in Ipswich Crown Court after charges were brought against Waters and his company following an investigation by Suffolk Trading Standards, the mobility director has pleaded not guilty to a string of alleged incidents taking place from October 2016 to October 2017.

Reported by the Ipswich Star, Waters (71) took to the stand on Wednesday 23rd as his defence opened, claiming strict sales guidelines and principles were put in place by him and countering that no customers had been cold-called or pressured into buying products.

Referring to the guidelines, Waters told the court: “They were quite strict. I wanted them in place because I wanted the customer to be treated as you would your father or grandfather. Like a family member.”

On the opening day of the trial, prosecutors accused Anchor Mobility of leaving 20 customers £82,000 out-of-pocket following transactions with the company, stating that Waters had refused to honour refunds and failed to deliver products, alongside allegedly using pressure selling and price conditioning tactics on elderly and disabled customers.

Refuting the claims, Waters said that all his salespeople carried identification cards and claimed that Anchor Mobility would visit the homes of customers to investigate issues with products, even if their warranty period had ended – adding that there was a £60 call-out fee and charges for any parts required.

Prosecutor John Goulding asserted on the opening day of the trial that Anchor Mobility was using the deposits from customers to supposedly clear his debts from a previous mobility company he had run.

Asked by Gareth Hughes, defending, if Waters had taken orders knowing that he would be unable to fulfil them, Waters replied: “No, I didn’t.”

Waters emphasised that it was normal for customers to pay a 50 percent deposit for products upfront before making the final payment on delivery when the customer “was happy with it”. He also claimed the company was “lenient” on cancellations, stating that the usual cooling-off period does not apply to bespoke products but the company would often allow the cancellation.

As reported by the Ipswich Star, the defence maintained Waters had full intention of resolving complaints prior to Suffolk Trading Standards becoming involved.

Water’s defence said he complained to Trading Standards that he was not being given the opportunity to resolve complaints because his mail was being withheld at Anchor Mobility’s former virtual office in Kemp House, London.

Run by Your Company Formations, the company had withdrawn the virtual office contract from Anchor Mobility when it became aware of the mounting complaints.

According to the defence, Waters had wanted to find out the nature of the complaint made to Islington Trading Standards in order to resolve them but was informed he needed the express permission of the consumer.

Taking to the stand, Trading Standard’s Stuart Hughes pointed out four of the complaints alleged criminal offences and therefore he would not have released the details in any case. The five remaining complaints were to do with failure to deliver and timescale, with two having been resolved by delivery of the furniture or a refund.

Continuing, Stuart Hughes told the court that after a number of months, progress to resolve some complaints had not progressed, leading to Hughes withdrawing mediation because the expectation was that agreed action would take place relatively quickly.

The defence insisted Waters had made efforts to resolve complaints, including sending out 36 cheques to 36 individuals between November 7, 2016 and January 24, 2017.

The trial is set to continue, with a decision expected in early November. 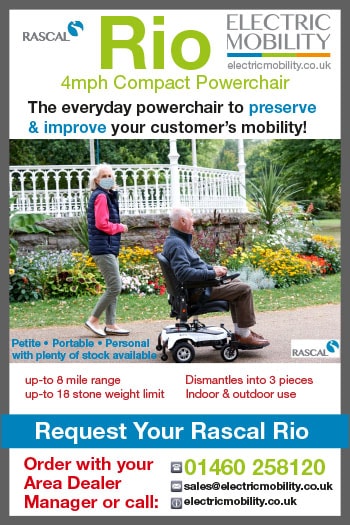