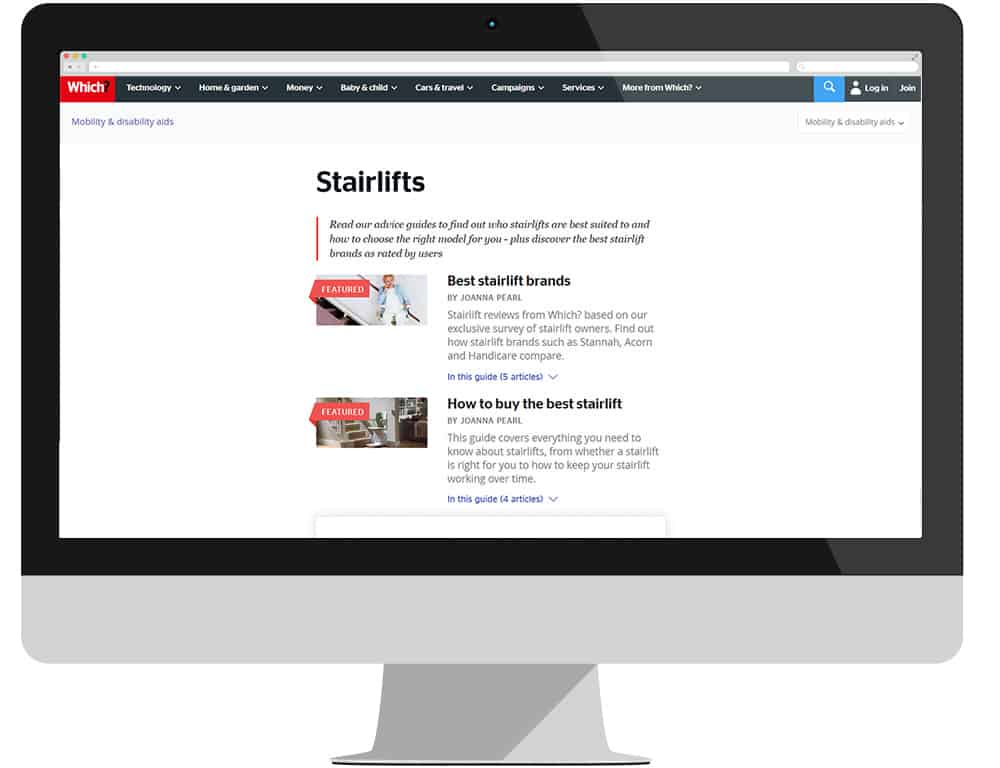 Which?, the largest independent consumer body in the UK, has reported in its latest monthly magazine that Acorn Stairlifts has been found to be using sales tactics considered unethical following a snapshot investigation.

According to the Which? report, the organisation tested salespeople from Acorn, Handicare and Stannah, having the stairlift suppliers’ representatives visit a mystery shopper in their home.

Which? highlighted that Acorn’s salespeople used a myriad of sales tactics well-known and condemned as unethical in the industry, such as price conditioning – using discounts which are claimed to only be available on the spot to pressure the individual into making a decision.

In addition, Which? states that the covert mystery shopper operation found Acorn’s representatives demanded a decision on the day in relation to buying a reconditioned stairlift, as well as making questionable product claims and disparaging stairlift competitors, including Age UK and Companion Stairlifts

Responding to the Which? investigation into three companies supplying stairlifts, BHTA Interim Director General Andrew Stevenson of the BHTA, said: “Which? has told us of a potential breach to our Code of Practice by one of the member companies. The company denies any such breach.

“We are currently investigating the findings of that Investigation and discussing them with the company concerned.

“We audit our member’s activities to check on compliance with our Code of Practice and which is agreed with the Chartered Trading Standards Institute.  We last did so in relation to this firm in April 2017. We did not identify any problems then, but we do respond to any complaints.

“We look at a third of our members’ activities every year and last year we arranged for 30 members to be subject to mystery shopping whilst also arranging 63 face-to-face interviews as part of an audit process.

“We are committed to ensuring that companies in the sector are adhering to the Code of Practice and engaging with consumers in a properly ethical manner.”

Following the mystery shopper activity, Which? has highlighted the results of a survey it carried out in 2018 which found buying from independent retailers or authorised dealers were one of the best ways to purchase a stairlift.

Which? reports that Acorn said it was disappointed with the findings, which it insists are not consistent with the excellent feedback it receives both from customers and its sales team, and that it will investigate the concerns raised by Which?

According to the article, Acorn responded: “Notwithstanding our reservations about the nature of the data that Which? has obtained, we are investigating the concerns raised as Acorn will not condone or tolerate even isolated instances of individuals falling below our expected high standards of conduct.”

Advising end-users about to find the best stairlifts models suited for their needs and best stairlift brands, Which? provides a range of useful stairlift guides for consumers.​