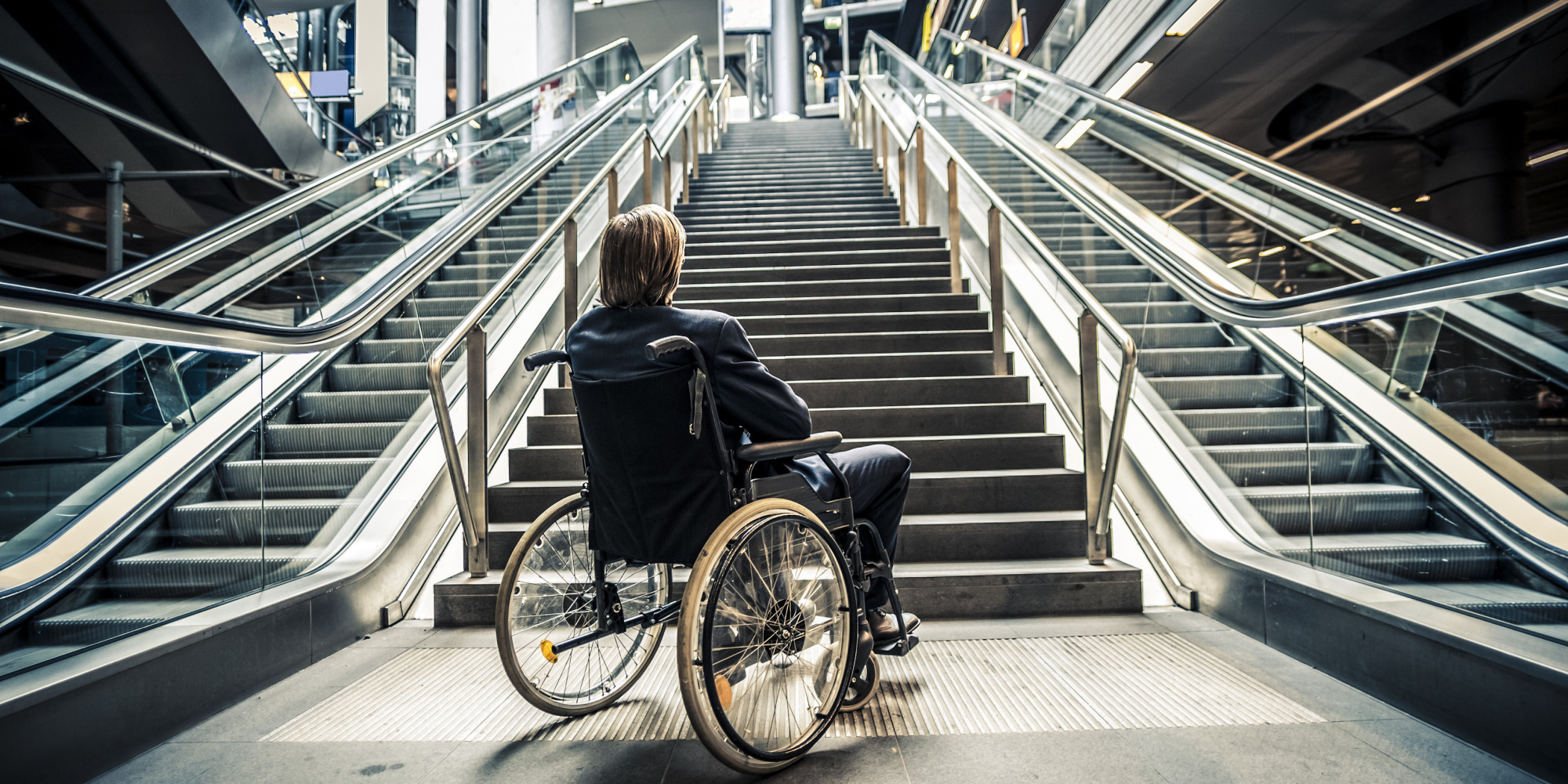 Two globetrotting wheelchair users have spoken out about the shortcomings they regularly face while travelling and have called on industries including rail and aviation to do more to remove the obstacles stifling their thirst for adventure.

Anne Luttman-Johnson and Chris Wood offered a candid insight into the difficulties they face on a day-to-day basis in a revealing new podcast – ‘Let’s talk about it’ – hosted by law firm Irwin Mitchell.

The podcast discusses matters affecting those living with disabilities and explores the challenges they face in different spheres, with previous episodes focusing on money, sport and employment.

Luttman-Johnson and Wood were guests on the latest episode, which tackled the common issues faced by disabled people while travelling.

When Anne broke her back in an accident at age 21, feelings of depression hit when “the reality of life in a wheelchair came home to me”, but she soon accepted her new way of life and vowed not to let her disability prevent her from indulging in her wanderlust.

Anne soon took to travelling the world, but just as quickly learned of challenges posed by flying and other modes of public transport. She explained that wheelchairs cannot be stored in the cabin on commercial flights most of the time and that they are often broken while loading or unpacking, or even just during a flight.

The concerns and issues raised by Anne are commonplace in the aviation industry, with many disabled people nervous and fearful about flying because of the lack of access and care taken with vital mobility equipment.

Chris, an aviation accessibility campaigner, says he has also suffered similar issues and outlined his work to create a flight experience that is more wheelchair-friendly.

He described how the experience of travelling with his own children, who also have physical disabilities, illustrated the weight of the issue.

“They are aware how bad their industry is, and how far behind they are put against trains, buses and taxis. But it seems like they don’t know how to do it,” commented Chris.

“I’ve set up a group of people, a mini-consortium of six of us, who have skills and experience in aviation, wheelchair use, and in other areas.

“We will establish the solution, not only to make those wheelchairs that go in the hold more secure but also to get the ‘holy grail’, which is the wheelchair inside the cabin of an aircraft. The likes of my son and daughter would really benefit from that.”

Accessibility of public transportation has been high on the agenda for government in the UK, with the Inclusive Transport Strategy launched in 2018, opening up millions in funding and pushing through policy changes to improve transportation for disabled people.

In 2019, the Access for All fund was created, providing £300 million in funding to improve public transportation, with an initial £20 million being made available for rail stations and providers to apply for to make vital improvements and adaptations.

Research released this week by disabled charity Leonard Cheshire revealed that despite the grants and funding being released, many train operating companies have not made any substantial changes over the past twelve months

The research supports Anne’s own experience, as she explained that she has raised issues with transport providers on numerous occasions, but while she has received no shortage of gifts, including hampers and vouchers as compensation following poor experiences, there has been no real change.

She said: “I don’t want gifts. I want to be able to access these things in the same way as anyone else. I just want to get on and lead my life.”

Chris and Anne had similar tales to share from their experiences of travelling by train, particularly in the UK, where disabled passengers are often faced with obstacles and problems complicating an otherwise simple task.

Both referenced the inconvenient process behind ramp assistance, which has to be booked with train stations 24 hours in advance, which they believe highlights the impracticality of our train systems – especially when staff forget or aren’t made aware of the arrangements.

On her own experiences, Anne reflected: “It rather puts me off train travel, because I just like to be able to do things spontaneously, but you’re supposed to book assistance 24 hours in advance.

Chris added: “I remember coming into London with my daughter once and experiencing exactly the same thing.

”On one occasion, we were waiting for somebody to bring the ramp up to the train and we just waited and waited but I could see the ramp, so I went to get it.

“I think they’re locked up now, but they weren’t then, so I grabbed it.

“I thought ‘I can do this, it’s just put it into holes on the train and down we come’, but I was spotted by one of the station staff who came up and said: ‘you can’t do that. You’re not trained.’

Due partly to her difficulties with public transport, Anne remains heavily dependent on her car, which she describes as a “huge lifeline” for travelling, while recognising government Mobility Scheme assistance that provides access to affordable adapted cars for drivers with a disability.

“I have a car and I like driving. And so, I tend to go everywhere I go by car. And I used to live in London, so I’m not frightened about driving around London,” she said.

“There are ways that they try and make it easy for people to get cars and drive themselves around. And when you have that freedom it’s amazing. My car is a huge lifeline for me.”

Neil Whiteley, a specialist serious injury lawyer at Irwin Mitchell, said: “It’s fascinating to hear first-hand accounts of the difficulties faced by people with disabilities while travelling and concerning to learn of the many obstacles people face on a daily basis.

“It’s clear that, as a nation, we’re not doing enough to ensure public transport, from rail and bus right through to air travel, is accessible to everyone. Even simple changes, such as train ramps which don’t require staff to assemble, or cabin space for wheelchairs on flights, could make a world of difference to travellers with restricted mobility.

“We’re extremely appreciative that Anne and Chris could offer us this candid insight – and we hope those in the travel industry will now respond.”

To hear the full interesting discussion on the disabled travel experience, click to listen to the entire podcast with Anne and Chris.