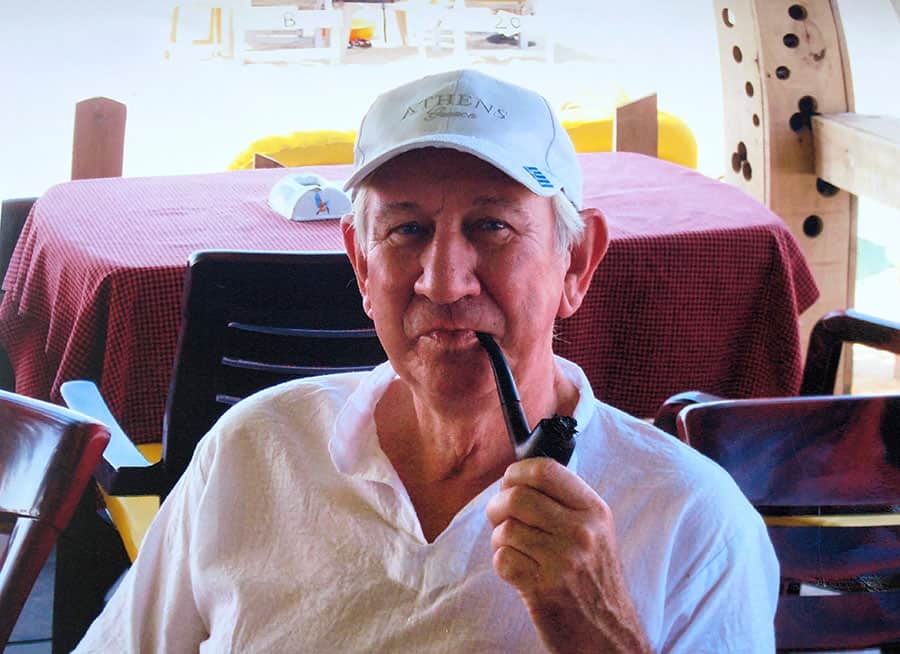 It is with sadness that World of Mobility has confirmed the passing of co-founder David Hulme, an industry veteran who dedicated almost 40 years of his life to helping people live more independent lives and regain their mobility.

First entering the sector in April 1977 with BEC, then Sunrise Medical, David went on to work in many well-known companies in the industry before setting up World of Mobility with his brother-in-law Trevor around 2003.

Launching the Stourbridge mobility showroom with a desire to be independent to offer a more personal service for customers, the two business partners enjoyed nothing more than sitting down with customers to have a cup of tea and a chat, explained David’s family.

In 2015, after nearly four decades in the mobility sector, David, aged 71, decided to retire, along with Trevor, aged 65.

His brother Pete Hulme and nephew Richard Hulme inherited the business from David and Trevor, continuing the founders’ ethos of providing a personal service from the original premises in Stourbridge.

Often seen sporting his smoking pipe, Richard told THIIS that David was renowned for his sense of humour and “was always a joker.”

According to David’s family, he had a passion for anything with an engine and loved catching the F1 on a Sunday afternoon – he even purchased a miniature petrol motorbike just to have on display later in life.

Discussing one of David’s stand out moments in the sector during his early days with BEC and the company’s director, Ray Biddle, Richard recollected how his uncle may have had a part to play in the first mobility scooter.

According to Richard, the story goes that Ray wanted to attend a trade show (possibly Naidex) with the BEC team but he was in a wheelchair following an accident. David and his colleagues got some parts from the stores, an office chair and a biscuit tin and crafted a DIY ‘scooter’.

“We think they used motorcycle handlebars for the steering and a power chair motor for power, attached them to the chair and he put his feet in the biscuit tin,” said Richard.

“They say this was how the first mobility scooter came about. They took it to the trade show with Ray at the helm and actually got approximately 50 orders, even though it wasn’t a production item!”

With a love for travelling to every corner of the world with his family on cruises, David visited several exotic locations, including India, Singapore, Vietnam and Dubai.

Richard explained that in the summer of last year, the family discovered that David had bowel cancer, which quickly progressed to prostate and eventually to the blood.

“It was very sudden and shocked us all,” he said.

David passed away on Friday the 21st of February.

“He will be sorely missed by all his friends and family as well as in the local area where everyone knew him,” continued Richard.

“Not only was he the founder but he was also family. World of Mobility will continue to run as it always has and will always be known as David’s legacy.”

David leaves behind his wife Jean, his son Carlton and his daughter Debbie.

The funeral will take place on the 19th March at Gornal Crematorium, Dudley, DY3 2PT, at 1:30 pm. The ceremony will be followed by a wake at the Lawnswood Pub, Stourbridge, DY8 5NA.

Old friends and acquaintances are welcome to attend to pay their respects.

For anyone wishing to make donations or contributions to a charity, the family is collecting on behalf of Cancer Research UK as Jean has also been affected by cancer.

https://thiis.co.uk/well-liked-industry-icon-and-world-of-mobility-co-founder-sadly-passes-away/https://thiis.co.uk/wp-content/uploads/2020/02/David-Hulme-World-of-Mobility.jpghttps://thiis.co.uk/wp-content/uploads/2020/02/David-Hulme-World-of-Mobility-150x150.jpg2020-02-27T16:19:53+00:00Calvin BarnettNewsroomRetailer NewsTrade NewsBEC,David Hulme,mobility retailer,mobility scooter,Passing,Peter Hulme,Stourbridge,Sunrise Medical,World of MobilityIt is with sadness that World of Mobility has confirmed the passing of co-founder David Hulme, an industry veteran who dedicated almost 40 years of his life to helping people live more independent lives and regain their mobility. First entering the sector in April 1977 with BEC, then Sunrise Medical,...Calvin BarnettCalvin Barnettcalvin@thiis.co.ukAdministratorTHIIS Magazine