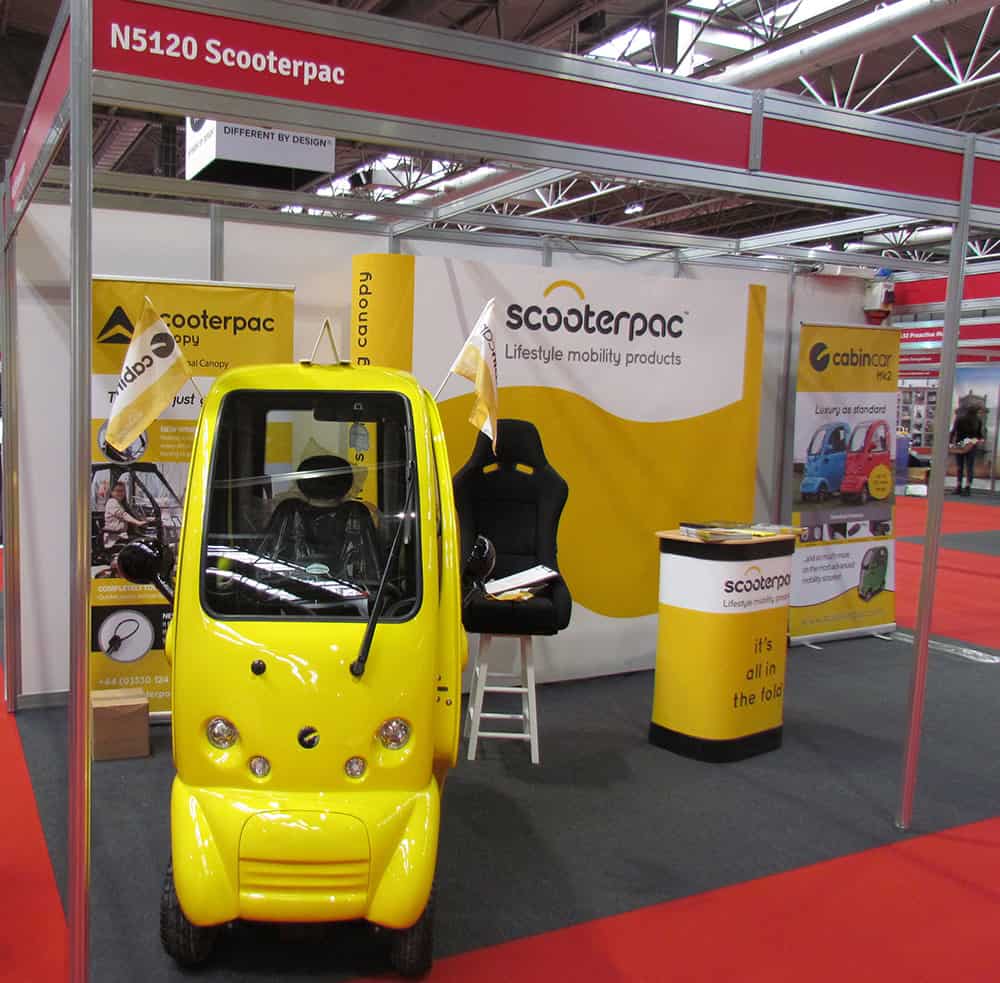 With the political uncertainty in Britain at the moment, Scooterpac has undertaken some new initiatives in a bid to strengthen its existing dealer network and encourage new dealers to work with the company.

Attending Naidex this year, Scooterpac sought to speak to new and existing retailers, as well as end users, about its product offerings. In particular, the company wanted to shout about its upgraded Cabin Car Mk2 and how it is providing even more support to its dealer network.

Speaking at the exhibition, Josh Coles, Marketing Manager of Scooterpac, told THIIS: “With our upgraded Cabin Car Mk2, the idea of this is to give more support to dealers.

“We’ve incorporated some new elements at the point of sale, like flags, an upgraded door, kickplates and interior lights, to make the product feel more like a car. These are added standard features that improve the quality and look of the scooter.

“We’re also providing dealers with a new fold-out information pack that describes the unique selling points of the Mk2. Our main focus is to make dealers feel like we care about them, which we certainly do, but we’re just trying to make more of a point of it. Compared to some of the other manufacturers, they’re not playing that.” 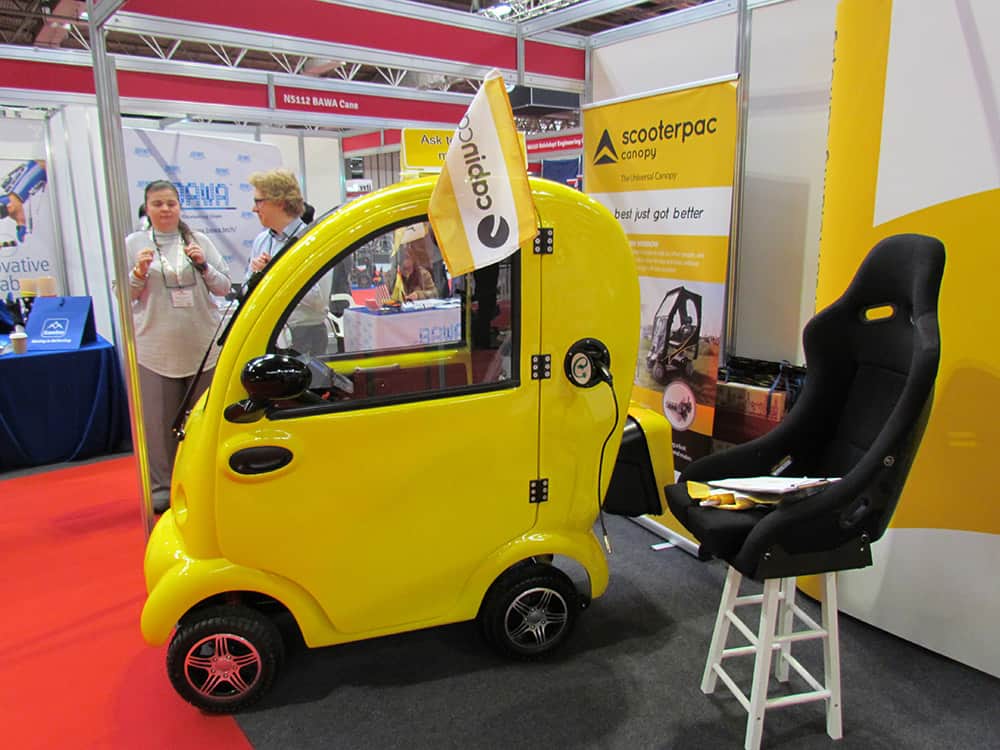 The marketing manager noted that Drive DeVilbiss Healthcare has some great dealer support initiatives that help the dealers feel involved with the manufacturer and like they’re gaining something by working together.

The catalogue is aimed specifically at dealers as it targets end users. Importantly, the Independent Living catalogue allows the dealers to sell themselves, not just Drive’s products, which hugely benefits the dealers.

“If you’re a manufacturer, it’s your responsibility to give dealers as many resources as possible to help them make a sale,” Josh explained. “So, we’re trying to follow in the footsteps of Drive, but with a Scooterpac twist, which is a little bit different and a little bit out there.”

With the difficult political climate in Britain at the moment, several manufacturers in the mobility market have moved production back to the UK to protect themselves against Brexit uncertainty.

In December 2018, Medstrom Healthcare announced that it would move production of its popular 5000 profiling bed back to the UK.

This move was echoed by Buckingham Healthcare in January 2019, which brought manufacture and production of its Buckingham Walking Frame Caddy back to the UK to give the company total control over the product.

The notion of British manufacture is something that Scooterpac feels is important and intends to capitalise on in the future.

Josh said: “Another element of the Mk2 we want to champion in the future is the fact that it’s fully manufactured in the UK, apart from some of the parts, which are sourced from Europe and further afield. Where the shell, the assembly and the printing are concerned, they’re all done in Suffolk, which I think is really important, especially given the political climate. End users care and dealers care about this.

“I think we’re very patriotic as a nation, so as the Made in Britain campaign has been doing, if we push the fact that the Mk2 is manufactured in the UK, I think that’s only a positive thing.

“Our parents’ generation often say ‘everything used to be made in the UK,’ so I think we need to rekindle this energy because it’s that generation who are looking to buy these scooters, who did experience that everything was manufactured in the UK. They’re missing that.”