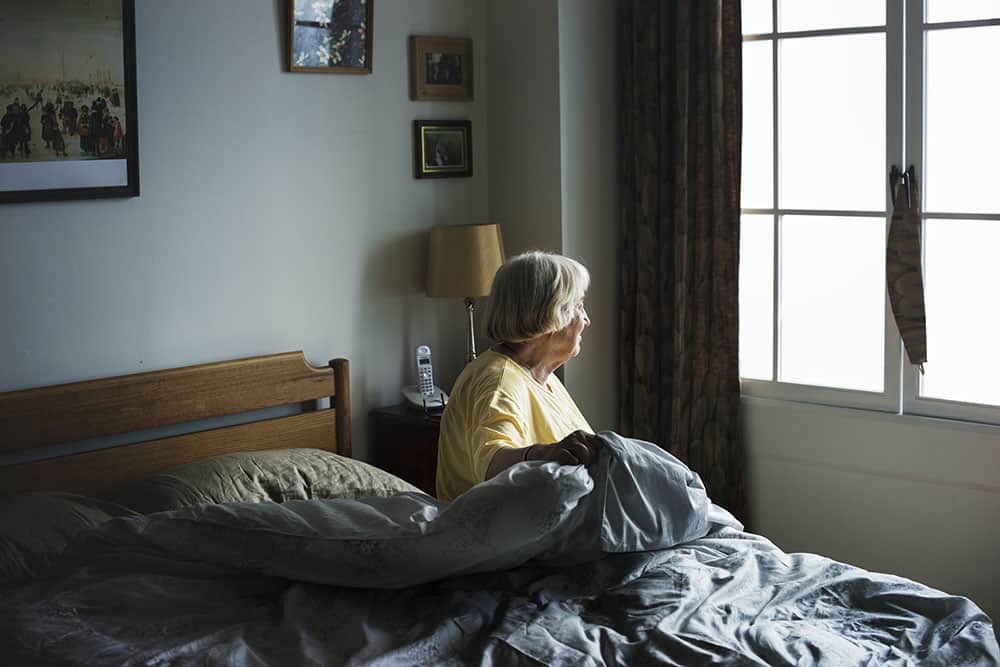 Fear of another stroke, concern relating to going out alone, worry over loss of independence and hesitation to share worries with others is affecting the recovery and lives of over one million stroke survivors suggests new research from the Stroke Association.

Fear of a repeat

In a recent study of over 1,000 stroke survivors, an overwhelming 89 percent of respondents said they live in fear of suffering another stroke, whilst 79 percent emphasised being scared to go out alone.

The findings revealed that stroke survivor’s recoveries are under threat from fear itself, says the leading national stroke charity, with 79 percent of respondents stating that the fears associated with another stroke left them afraid for their recovery.

With around 1.2 million stroke survivors in the UK, according to the Stroke Association’s State of the Nation report, it is believed that stroke strikes an individual in the UK every five minutes.

In addition to concerns surrounding fear, the research also highlighted that a number of stroke survivors were also carrying the burden of fear in silence, with one in five choosing to keep the fear to themselves.

According to the study, 37 percent of these silent stroke survivors did not want to worry anyone else, 27 percent were too afraid and 26 percent did not want to sound stupid to other by raising their fears.

“These stats are truly shocking. I am heartbroken to hear that stroke survivors felt they couldn’t speak to those closest to them about their biggest worries and fears,” commented Juliet Bouverie, Chief Executive of the Stroke Association.

“When you live in isolation, too afraid to leave the house and are unable to ask for help, your motivation can disappear, and can leave you in a very bad place emotionally – feeling like a prisoner in your own home.”

On top of dealing with these fears and concerns, the study also exposed that many stroke survivors are facing recovery alone, leading to a bleak attitude to recovery with almost nine in ten (88 percent) survivors afraid they would not get better and four out of five (80 percent) fearing they would get sent to a care home when they first had their stroke.

Concerningly, the research found only 18 percent of stroke survivors were confident that they would get the support needed to make a good recovery, whilst 87 percent said they feared to lose their independence.

In addition, 81 percent of stroke survivors said they were afraid they wouldn’t be able to look after their children or parents.

“It takes a team to rebuild lives after a stroke. When stroke strikes, part of your brain shuts down, and so does a part of you. Recovery is tough, but with the right specialist support, the brain can adapt after stroke,” continued Juliet.

“I’ve heard countless stories, and know countless people who, after many years continue to make remarkable recoveries. The first step to eliminating fear is to ask for help and support. If you are a stroke survivor, this could mean speaking to your doctor or social worker to get some answers. If you know a stroke survivor, reach out, ask them how they’re feeling. No one should have to live their life in constant fear.”

According to the Stroke Association, fear prevents people from getting out and about and meeting others, two crucial factors that stroke survivors have said are integral to their recovery.

“I was horrified to find out that there are still many people who feel helpless. People are missing out on the life they could have – this must change,” finished Juliet.

“Don’t be afraid to ask questions about your health. We want everyone to know that you can rebuild your life after stroke. Every stroke is different and so is every recovery. It can take years to adjust to a new normal.

“The Stroke Association’s Helpline is for everyone affected by stroke. There are no stupid questions. If you are worried about anything, call 0303 3033 100 and get support from one of our trained helpline staff.”

https://thiis.co.uk/research-reveals-the-often-silent-fears-and-concerns-putting-stroke-survivors-recoveries-at-risk/https://thiis.co.uk/wp-content/uploads/2019/10/Stroke-Survivor-on-bed-alone-stroke-association.jpghttps://thiis.co.uk/wp-content/uploads/2019/10/Stroke-Survivor-on-bed-alone-stroke-association-150x150.jpg2019-10-03T09:32:01+01:00Calvin BarnettNewsroomReports & ResearchThird Sectorafraid,fear,independence,loneliness,recovery,research,silence,stroke,Stroke AssociationFear of another stroke, concern relating to going out alone, worry over loss of independence and hesitation to share worries with others is affecting the recovery and lives of over one million stroke survivors suggests new research from the Stroke Association. Fear of a repeat In a recent study of over...Calvin BarnettCalvin Barnettcalvin@thiis.co.ukAdministratorTHIIS Magazine