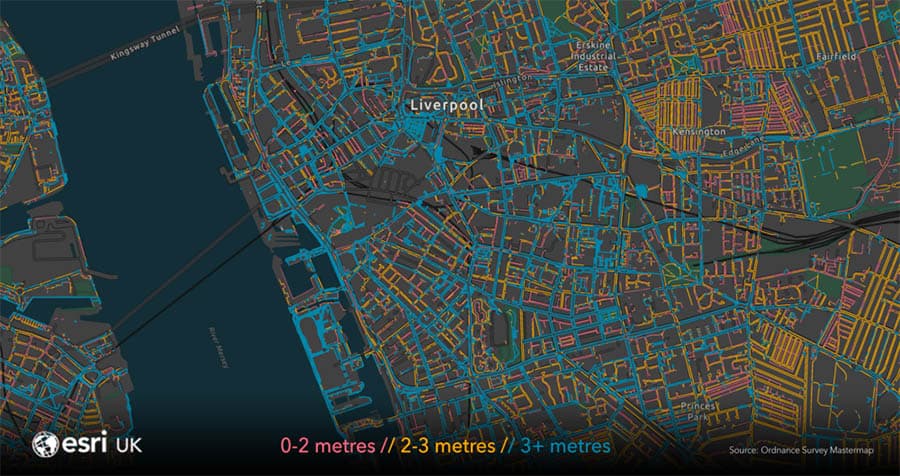 An interactive map of pavement widths has revealed most pavements across the country are less than three metres wide, highlighting the difficulty for those using mobility devices to socially distance.

The spatial analysis was conducted by Esri UK and is based on measurements collected from Ordnance Survey, enabling the mapping company to create a map of all pavement widths.

Despite being designed for local authorities as part of Esri UK’s COVID-19 Disaster Response Programme, the free-to-access map providing an indication of the width of pavements could also prove useful for users of mobility equipment when planning journeys.

34 per cent are less than two metres wide.

It comes as earlier this year, concerns were raised over cars obstructing already tight pavements, forcing those with mobility aids to take alternative and sometimes dangerous routes to avoid the obstructions. Late last year, one mobility scooter tipped his device and suffered injuries after being required to leave the pavement to negotiate a parked van. 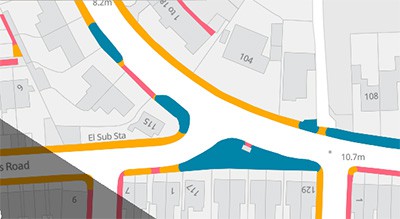 Esri UK notes that the model does not include pedestrianised roads or take account of other obstructions such as street furniture, changes of level or barriers such as walls or rails that may reduce the available space or impede pedestrian use.

“The pavement map is designed to help local authorities and related organisations prioritise their efforts, to ensure the safety of the public, as lockdown restrictions are being gradually eased,” said Paul Clarke, head of Esri UK’s Government practice.

“By giving them an instant view of the situation, they’re faced with, the map reduces the time needed to manually measure pavements and not rely on records which may be out of date. Easy access to current pavement width data will help all councils make faster decisions with greater certainty and ensure walking is as safe as possible.”