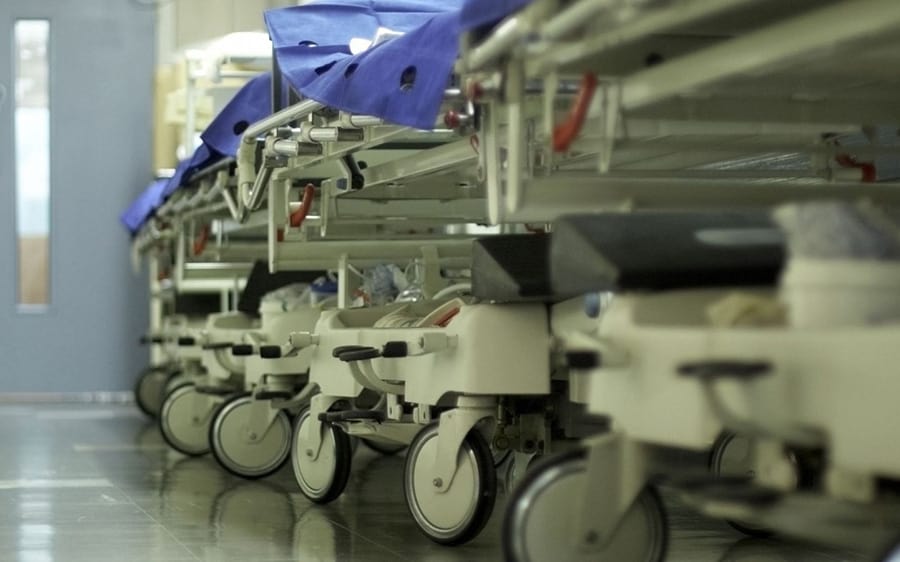 The British Medical Association (BMA) has predicted that the NHS is heading for the worst winter in its history, warning of a ‘perfect storm’ caused by a lack of recovery after a difficult summer, staff shortages, an expected cold winter, bad flu season, as well as the effect of Brexit.

Presenting a worst-case scenario, the BMA warns that millions of patients may experience waits in excess of four hours at A&E’s over January, February and March, emphasising that “the NHS in England looks extremely likely to experience another winter of long waits for patients in A&Es, on trolleys in corridors and for treatment to begin.”

In particular, the Association for UK doctors says that “almost all trusts will endure a protracted period of extremely high bed occupancy (reaching 100% in many cases) which will have serious implications throughout the system.”

The report predicts in a worst-case scenario, almost a third of a million patients may end up on trolleys in corridors across strained and struggling A&Es as they wait for treatment.

Why so bad this winter?

Pointing out that winter is always a difficult period for the NHS in England, the BMA says the pressures of 2019 are compounded by a number of factors.

Unlike previous years, the Association states there has been no summer respite from high levels of patient demand, with pressures in the NHS exceeding the BMA’s worst-case projections for summer 2019.

“Right across the health service, trusts and GP practices will be bracing themselves for what looks set to be the worst winter the NHS has ever endured,” BMA’s Dr Chaand Nagpaul

Traditionally a period when the NHS is able to regroup following the tough winter phase, the BMA emphasised that 2019 has proven to be one of the busiest summers for the Health Service on record.

Many of the UK’s largest Trusts have reported record-breaking numbers of patients attending A&E over July and August, leading to Nottingham University Hospitals NHS Trust announcing a ‘black alert’ incident in July – the highest escalation usually reserved for bad winters.

Alongside a tired and depleted workforce, the BMA also raised concerns relating to a potentially severe flu season, insufficient staffing and resourcing, a possible unwillingness for doctors to work extra shifts for fear of increasing their tax bill, as well as Brexit planning likely to divert Trusts’ focus.

“Any combination of these issues will almost certainly overwhelm the NHS this winter,” forewarned the Association, underlining that “decisive action must be taken as soon as possible to avert a major crisis.”

Call for Government to act

Publishing its ‘Manifesto for Health’ alongside its winter pressures report on the 7th November ahead of the upcoming general election on the 12th December, the BMA says the Government needs to prioritise the NHS as winter looms.

“Enough is enough. Right across the health service, trusts and GP practices will be bracing themselves for what looks set to be the worst winter the NHS has ever endured,” commented Dr Chaand Nagpaul, Council Chair of the BMA.

“Patients should not fear needing hospital care or not being able to see their GP and should not have to accept that they may spend hours on a trolley in an emergency department, waiting to be treated.

“Equally, staff working in hospitals and GP practices across the country should not be facing the daunting prospect of having to care for those patients in these relentlessly pressurised environments.”

The manifesto is aimed at political parties contesting the upcoming election, claiming increased investment is needed to put the NHS back on a sustainable footing.

Specifically, it has called for a four percent increase in overall NHS spending, better staffing, a second Brexit referendum and legislation to end what it calls the “punitive pension tax system.”

“This perfect storm is brewing alongside the upcoming general election and politicians should be paying close attention to learn from the failures to invest in and support our health service for over a decade,” continued Dr Nagpaul.

“Though the need for urgent funding this winter is pressing, this is not just about the short-term fix. This is about the current and any future Government putting the NHS back on a sustainable footing, with capacity to meet the demands on its services.

“That requires sufficient numbers of beds and facilities, and an adequately staffed workforce that is ready and motivated to meet rising pressures, that prioritises healthcare prevention and that puts patient care back in the focus.”

With NHS Scotland also likely to face a difficult winter, the Scottish Government recently declared a £10 million investment for the Health Service to focus on providing and managing care close to patient’s homes in a bid to cut bed occupancy and reduce incidences of bed blocking.