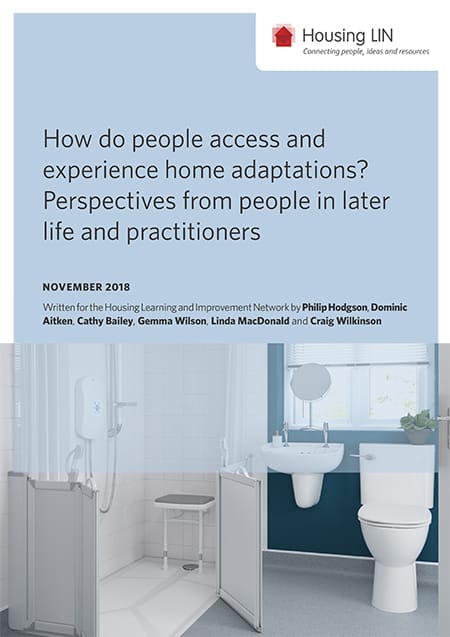 Funded by the Centre for Ageing Better, Housing LIN has produced a report which looks at different people’s experiences of home adaptations.

Due to the ageing population, Housing LIN underlines that it is vital to consider how to facilitate healthy ageing. One way to do this, it suggests, is through housing adaptations, which allows older people to continue to live in their current property and gives them independence.

Housing LIN’s report considers different people’s experiences of home adaptations and the perceived benefits of the adaptation after installation.

The report looks at four different areas: triggers, access, installation and outcomes. Triggers relates to the decision made by individuals that a home adaptation was required to support their functioning. Access means the process of identifying appropriate adaptations and the services and funding required to deliver to people.

Installation refers to the actual home adaptation process and people receiving their adaptation. Outcomes is how people felt about the adaptation and whether they felt it was beneficial.

Housing LIN notes that whilst many people received different adaptations to suit varying needs, it found that the majority of participants had a shared housing adaptation experience.

From the findings, Housing LIN found that the need for people to get a housing adaptation came from a mix of physical and psychological factors. While some people felt the need to get an adaptation from a specific or sudden event, such as a fall, others came to the conclusion gradually over a period of time.

In addition, the role of carers and family was also noted as a reason for individuals to get a housing adaptation. 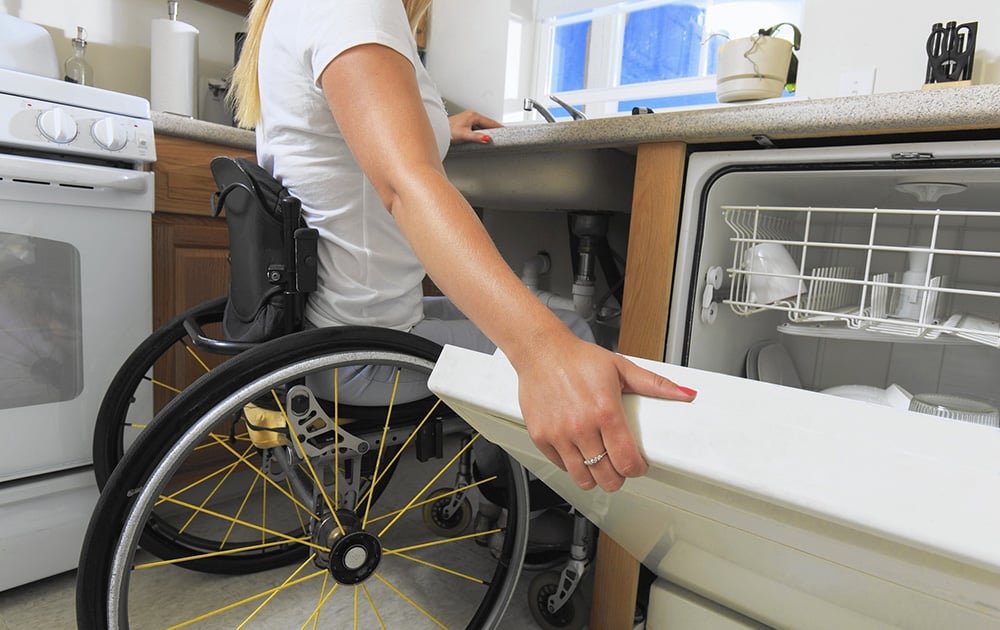 One of the major findings in the report highlights that a lack of awareness about what housing adaptations were available, and how to access them, were significant barriers for people.

Other participants mentioned that long waiting lists, costs and tenure were also problematic in the adaptation process.

Importantly, one of the reasons noted by participants for not getting an adaptation was the stigmatising appearance of daily living aids, making them undesirable for people. While for some people these disability aids were viewed as spoiling the appearance of their home, for many, they felt as though the products were an unwelcome reminder of their disability or ageing.

When it came to home adaptation installations, Housing LIN said that many participants often described the process positively, especially when clear communication and timelines were in place.

However, when installations were left incomplete or took longer than expected due to a lack of communication, people then felt more negatively about the process.

Despite this, the report states that once installations were completed, nearly every participant unanimously agreed that the installation had benefited them. For physical benefits, people cited better mobility around the home, fewer falls, the ability to complete tasks better and more efficient use of their home as improvements.

Psychologically, people felt happier because they were able to live how they wanted to in their home whilst having more security, confidence, control and independence. Other people noted that not needing to relocate, increased social interaction from being able to get in and out of the house more easily, increased property value and reduced need for additional support, had come as a benefit from their adaptation.