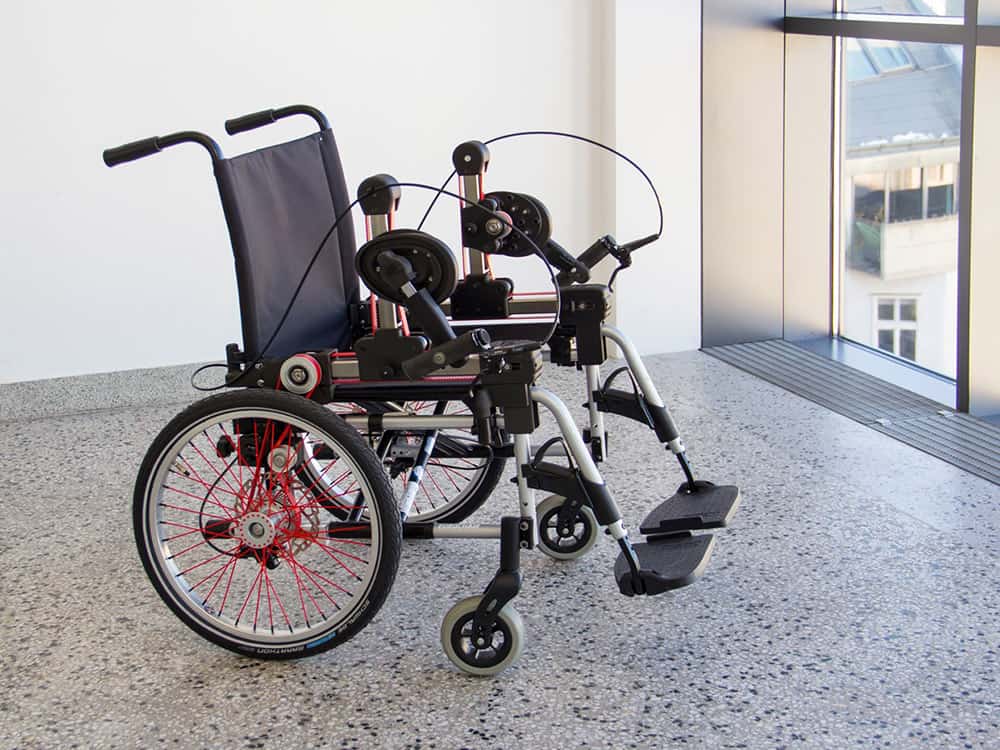 In a project financed by the Austrian Science Fund FWF, a research group from Vienna has found a new drive mechanism for wheelchair users, as an alternative to traditional wheelchair handrims, which they have described as the “most suited for the human upper body.”

The group of researchers, headed by Margit Gföhler, a specialist in biomechanics and mechanical engineering at the Vienna University of Technology, set out to find the optimal drive for wheelchairs.

Wheelchairs with a manual drive, usually involving handrims attached to the wheels, have several disadvantages, notes the research group. The researchers found that handrims’ efficiency levels are limited to ten percent and that using handrims require extreme positions for the arm and hand joints of users, which often result in excessive strain and injuries of the wrists or shoulders.

However, as wheelchair users use their devices daily, and in turn use handrims daily, these afflictions often become chronic, said the group.

In light of this, the researchers sought a better alternative to the handrim and the device has now passed its initial practical tests and is awaiting patent approval.

Margit explained: “When a wheelchair is driven by means of a handrim, the human body has to adapt to this simple mechanism. However, human joints are not really designed ideally for these movements.”

According to her, more practiced wheelchair users are prone to reaching far back on the handrim, which requires extreme wrist bending.

“Especially in extreme positions, this puts a great strain on the joints,” she added. “The idea behind the project was to look at the problem from the flip side. We tried to find out what sort of drive mechanism would be most suited for the human upper body.”

The group used a combination of creativity and computer simulations to find the optimum design. The only criteria were to avoid extreme body positions and to achieve the highest possible degree of efficiency.

“We used a musculoskeletal system of the upper extremity and then optimised the movement for maximum performance at minimum muscular effort,” explained the scientist.

The next step was to test the system, where a prototype was built and installed on a wheelchair ergometer.

“We carried out performance tests in which we were able to prove that this type of drive actually requires less power input than a handrim drive,” said Margit.

One of the aspects the researchers measured in the test was the carbon dioxide content of the breathing gas under load conditions. The project partner for this step was the Weißer Hof Rehabilitation Centre, where the tests were carried out.

One requirement for the prototype was that it must not increase the wheelchair’s width or length. However, the researchers state that this requirement has been fulfilled.

Power is transmitted to the axle via toothed belts with only minor friction losses, says the group. According to Margit, the advantage of the better motion sequence greatly outweighs any disadvantages created by the belt.

The project was not only successful from a scientific point of view, but the personal feedback of the test participants was also very good, highlights Margit.

The researchers are now looking for business partners to develop a marketable product from the prototype.