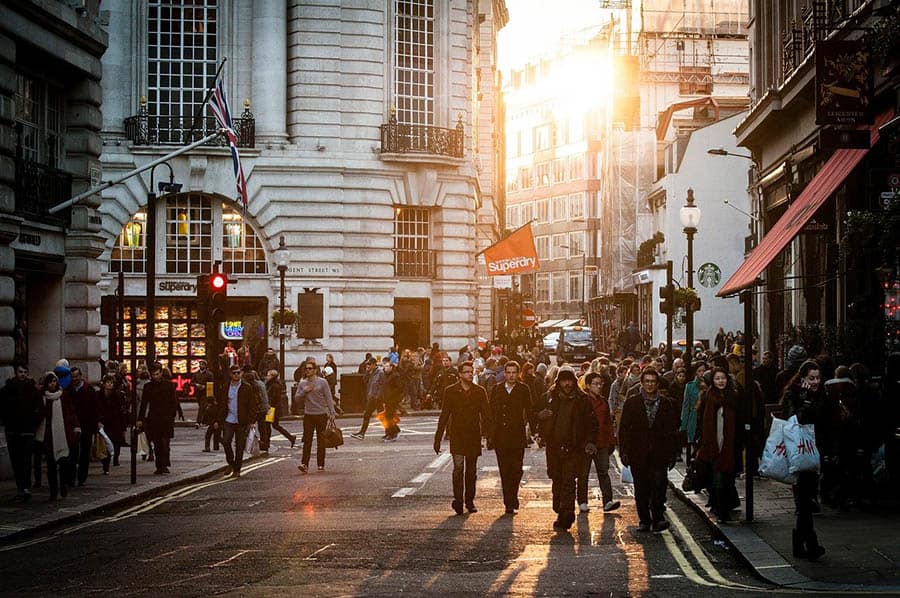 The latest statistics from the British Retail Consortium (BRC) show that total year on year footfall for 2020 fell by 43.4 percent, covering 29 November 2020-2 January 2021.

This figure shows the negative consequences of COVID-19 on the UK’s retail sector, with the newer highly transmissible strain seeing people stay inside to stay safe and reduce transmission.

With the mobility retail sector’s customer base being largely made up of elderly and disabled people who are likely to be classed as clinically extremely vulnerable, the new strain might have an adverse effect on mobility store’s sales throughout the traditionally difficult winter period. However, the new £594 million fund announced by Rishi Sunak could help mobility retailers that have been negatively impacted by England’s lockdown.

According to BRC-ShopperTrak data, whilst year on year UK footfall decreased by 46.1 percent in December, this actually represented a 19.3 percentage point improvement from November when England was under lockdown.

Data also shows that high streets were the worst-performing retail location for the fifth consecutive month, with footfall declining by 49.5 percent year on year.

Andy Sumpter, Retail Consultant – EMEA of ShopperTrak, said: “Not even the advent of festive season could turn around the fortunes of the High Street in December.  As infection rates soared, fears of a mutated virus spread and Christmas gatherings were called into question or cancelled, it was really was a case of ‘the strain that stole Christmas’ for retailers, as footfall plummeted to nearly -50% year-on-year.

“December was a month of two halves, however – before footfall fell away as UK consumers faced the prospect of tougher restrictions, there was an initial recovery in retail footfall in the first two weeks of December, with shopper counts boosted by pent-up demand from November’s lockdown and shoppers’ get-ahead gift buying.  While this soon plummeted in the second half of the month, it at least served to save some valuable Christmas trade.”

BRC adds that shopping centre footfall declined by 47.3 percent year on year. This was just over a twenty-four-percentage point decline compared to October and was just below the 12-month average decline of 47.4 percent.

Helen Dickinson OBE, Chief-Executive of British Retail Consortium, commented: “After an encouraging start to the month Christmas shopper numbers dwindled as December progressed, due in large part to the creation of Tier 4 in England and increased restrictions elsewhere in the UK.

“High streets and shopping centres continued to see the most substantial decline in shoppers, as their ‘non-essential’ tenants were forced to close their doors during the weeks leading up to and following Christmas.”

Northern Ireland saw the shallowest footfall decline of all regions at -47.2 percent, followed by Scotland at -50.2 percent. Wales saw a decline of -52.3 percent, BRC figures reveal.

With the UK now in lockdown and as people are being told to stay indoors as much as possible to curb the spread of the virus, the BRC is now calling for the UK Government to reassure businesses hardest hit by the pandemic that they will receive vital financial support.

“London, the South East and Wales were hardest hit, with footfall dropping by over four fifths in the final week,” Helen continued. “However, it has been a hard year for the entire country, with footfall down by 43% in 2020 compared to the previous year.

“Now that all parts of the UK are effectively in lockdown and with social distancing measures expected to continue well into the New Year, ‘non-essential’ stores will be unable to trade their way back to recovery. A third lockdown will be one too many for some businesses. Rent bills continue to weigh heavily and the threat of a return to full business rates liability in April still looms.

“The Government must urgently reassure those businesses hardest hit by the pandemic that they will receive vital financial support in the form of an extension to the coronavirus business rates relief.”