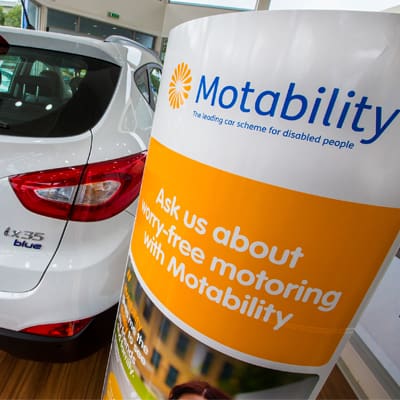 Following an investigation by the Daily Mail claiming that Motability had accrued a £2.4 billion cash reserve of taxpayers’ money and Mike Betts, the company’s Chief Executive earns £1.7 million of taxpayer money every year, Motability has released a statement in response.

In the response, the charity clarified its relationship with Motability Operations.

“The Motability charity sets the strategic policies and direction of the Motability Scheme and oversees its performance to ensure that it meets the guiding principles of the Scheme and the greater service needs of disabled people. It also gives additional help, support and grants to the most severely disabled people who need some extra help towards the cost of a specialised vehicle or adaptations.

“Motability Operations is not a charity. Any profits are non-distributable and are retained for the benefit of the Scheme. The Charity Commission recently undertook a detailed review of Motability and in its statement released today has confirmed that review “did not identify regulatory concerns about the charity’s governance or its relationships with the commercial company”.”

Contracted by Motability (the Charity) to operate the Motability Car, Powered Wheelchair & Scooter Scheme, Motability Operations have operated the Scheme since 1978 and claims to deliver a consistent, ‘worry-free’ leasing proposition to recipients of qualifying mobility allowances across the UK.

With 1.8m people in receipt of a qualifying allowance allowing them to choose to lease through the Motability, there are 629k customers who currently choose to use the Scheme through 4,800 approved Motability dealers across the UK.

In the Daily Mail’s report, it was claimed that almost £2 billion per year in disability benefit payments provided by the government is paid to Mobility Operations, of which roughly £200 million a year goes unspent. It also claimed that the charity had stockpiled more than £2.4 billion in cash reserves of public money.

In the statement, Motability asserted:

“Motability is categorically not funded by the public purse.

“Around one-third of eligible mobility allowance recipients (over 600,000 disabled people) currently choose to spend their money leasing a Motability vehicle. Motability is funded by customers rather than by the public purse.

“The Daily Mail claims there is a £2.4bn “cash stockpile” or “spare £2.4bn”. It’s quite clear to us that the Daily Mail has totally misunderstood what this £2.4bn of reserves represents. It is not held as cash but is used to buy cars for disabled people. This reduces the amount of borrowing required. It also underpins the Scheme’s financial stability, protecting it from the business risks it faces, particularly in relation to used car values. The Charity Commission has today stated “that we consider the level of operating capital held by the company in order to guarantee the scheme to be conservative”.”

The investigation also found that Mobility Operations CEO Mike Betts had received £1.7million from his salary and bonuses, which the paper said dwarfed the salaries of those earned by other top charity bosses of an average of £255,000.

In a statement released by the Charity Commission on the 6th February 2018, it said:

“Motability Operations Group is not a charity and does not come under the Charity Commission’s jurisdiction as charity law regulator. The company provides a commercial service to the charity Motability, which in turn oversees the Motability Scheme. As many people have stated the Motability scheme provides an absolutely vital and important service to thousands of people across the UK.

Regarding the pay of Mike Betts, the Commission stated:

“It is not for the Commission to comment on the pay of the CEO of a large non-charitable commercial company. However, we have made clear to the trustees of the charity Motability that the pay of the CEO of its commercial partner Motability Operations may be considered excessive and may raise reputational issues for the charity. These reputational issues are for the trustees to manage.”

Despite the Charity confirming that Mobility Operations are a separate company, the remuneration packages of its executives are still being called into question, with MPs condoning the amounts as excessive.

This included Conservative MP Nigel Mills, who criticised Mobility Operations’ CEO’s wages, calling them “hefty”, whilst arguing that the company essentially holds a Monopoly on the market due to VAT exemption. Motability Operations maintains that it does not hold a monoply on the market and is one of many options available to those with disabilities, with two in three disabled people not using the Scheme.

Motability’s remuneration committee confirmed that pay and bonuses were in relation to customer service levels, which had improved substantially and continued to be met by Mike Betts, countering that pay was competitive against the market and that performance had warranted the amount.