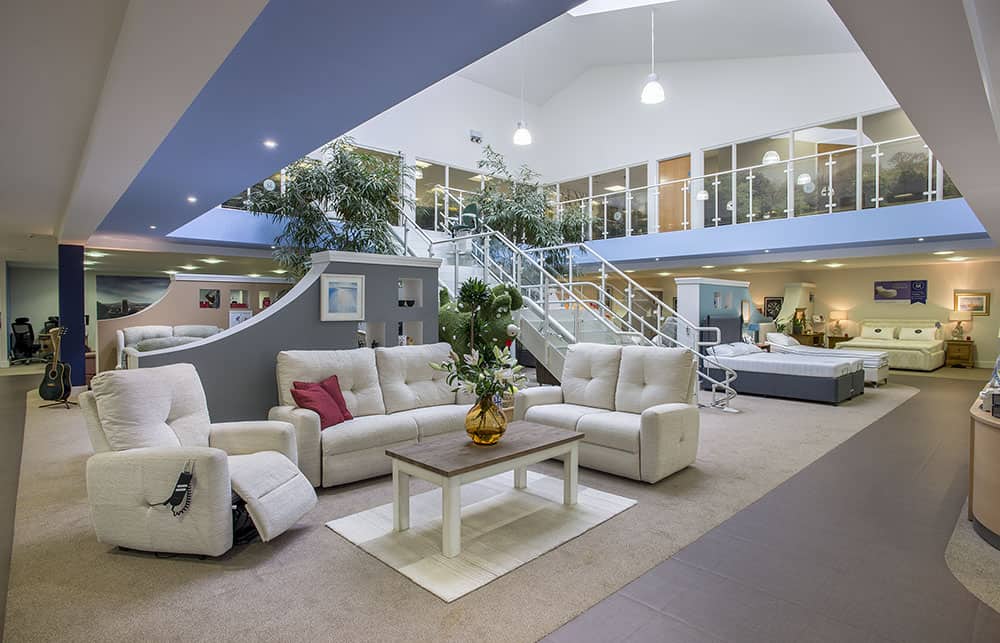 Middletons, the bricks and mortar proposition from the owners of direct-selling, Bristol-based furniture firm Oak Tree Mobility, has continued its drive to launch eight new mobility shops in 2019 with three new launches across the South West and Midlands.

Formed in 2013 by Ricky Towler and his business partner Tom Powell, the company has rapidly been opening shops across the UK in its bid to become one of the largest national mobility retailers in the sector, after having received a £3.8million investment from the Development Bank of Wales and Bristol-based Wealth Club.

Speaking with Ricky in June’s Retailer Spotlight, he confirmed to THIIS the company’s intention to launch 24 new stores across the UK in three years and in 2018, the ambitious retailer cut the ribbon on nine outlets.

In 2019, the company began its second phase of store openings, opening four new stores throughout the first half of 2019 in the West and West Midlands, with Ricky indicating the company had its sights set on the North West or South Coast.

In June, THIIS reported that the mobility retailer had received planning permission to fit out a new store in Swindon in the South West, suggesting the company was planning to move further down South to compete in the busy South Coast region, where a number of established mobility companies are already active.

Now Middletons has announced the opening of three new stores, opening the doors of its awaited Brierley Hill in the West Midlands, announcing the imminent launch of its Swindon branch in August, alongside the launch of a new store in Nottingham.

Wider reach in the West Midlands and entering the East Midlands 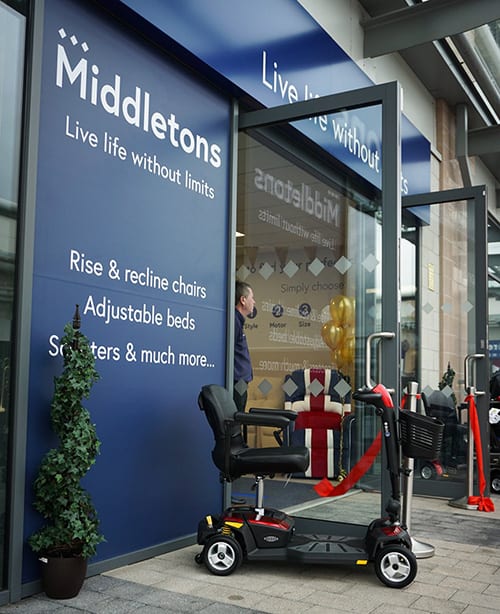 Launched on the 15th July, the company’s Brierley Hill store extends Middletons’ reach in the West Midlands, where it already has a presence with stores in Coventry and Cannock.

Opened on the 27th July, the company’s new Nottingham mobility outlet marks the company’s first store in the East Midlands as it continues its spread across the country.

On the 3rd August, the company will cut the ribbon on its Swindon store and continues Middletons’ formula of opening its large mobility superstores away from the high street, instead opting for retail parks.

Recently Ableworld’s founder Mike Williams, the largest mobility retailer in the UK with 35 stores across the UK, shared his thoughts about the future of mobility retail at the company Stafford store launch, hinting that mobility shops could become a mainstay on all retail parks.

As part of Middletons’ store launch initiative, the company offers free refreshments at a ribbon-cutting ceremony and other activities throughout the day to encourage shoppers to visit, alongside substantial discounts from its big-ticket items, including £200 off selected scooters and half-price discounts on some of its rise and recline chairs.

The new store locations are: