The Powys-based supplier is aiming to double its export revenues to £2.5m in the next three years by increasing its international presence, including expanding its provisions in America and entering Japanese markets.

Responsible for creating the world’s first powered bath lift, the company was formed in 1981 by the late David Garman, who later expanded into inflatable moving & handling and bathing devices.

In August 2019, the company revealed it had achieved a record-breaking turnover of > £10m, with exports accounting for almost a fifth of its sales.

Its products are used within care homes and private residential settings, as well as throughout the emergency services in the UK and further afield with clients including Ambulance Victoria in Australia, British Columbia in Canada and the Red Cross in Germany.

According to Mangar, the US veteran healthcare market – which is worth more than $250 billion annually – is a key future target market the company. Having secured Federal Supply Schedule accreditation earlier this year, the firm will now be able to supply its specialist products to the federal government, opening up doors within the lucrative veteran care sector.

Currently exporting to 14 countries across the globe, including America, Australia, New Zealand, Canada and a number of European nations, the bathing equipment manufacturer most recently secured contracts in France and Italy following support from the Welsh Government, accessed through Business Wales, to conduct market research and source distributors in these territories. 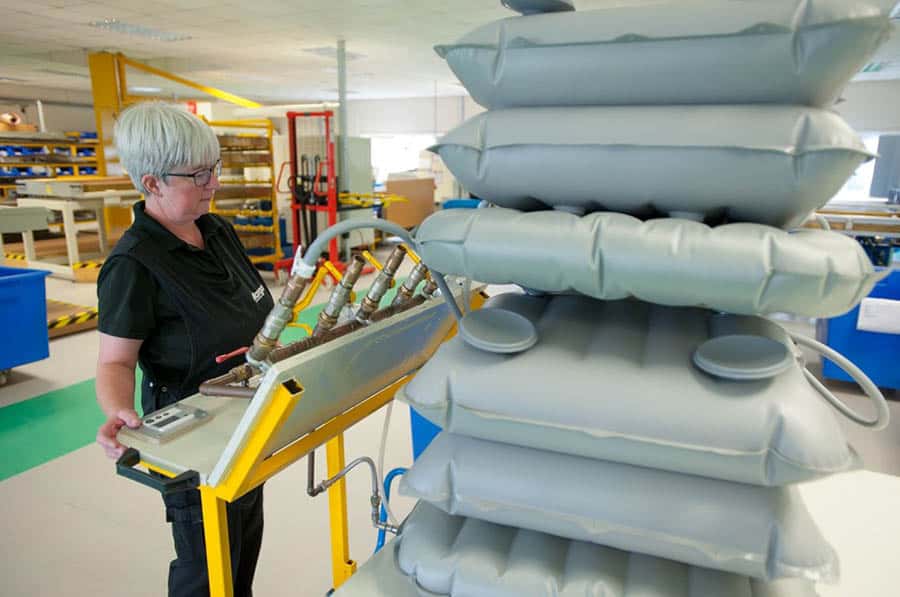 Clare Birt, Marketing Director at Mangar Health, commented: “As our products are already being used by every ambulance service and local authority in the UK, looking at international markets was the logical next step for us to continue our growth as a business.

“Exports offer huge potential as the challenges faced by an ageing population, that our products address, are consistent worldwide. Wherever you are in the world, people will experience these issues, and this opens up many opportunities for us.

“Over the last few years, we have revised our export strategy to actively target key distributors in our territories and have some exciting prospects going forward. Receiving our FSS approval will give us access to the US veteran healthcare market, and with over 9 million veterans in the US, this will offer us huge opportunities. In the next three years, we plan to double our exports and the majority of growth will come from this lucrative market.”

In addition to its expansion in the US, Mangar Health is also looking to break into Japan – new territory for the firm.

Already completing initial research into the country’s demographic and healthcare model through a Welsh Government International Trade Development programme, Mangar is now set to attend a Welsh Government trade mission in Japan in September, where it will meet with prospective distributors.

Welsh Government’s Minister for International Relations and Welsh Language, Eluned Morgan, said: “Exporting can transform a business, and Mangar’s success demonstrates this. Companies who export are not just increasing sales and turnover, they are driving innovation and transforming the Welsh economy.

“It is great to see that Mangar is exporting to so many markets and can now grow its business in the US. I am pleased that they have benefited from Welsh Government export support, our goal is always to help great Welsh businesses grow and thrive.”

Almost a year ago, Mangar Health was acquired by Winncare Group, an expanding French healthcare organisation which had previously purchased Danish hoist manufacturer Ergolet – now Winncare Nordic – at the end of 2015.