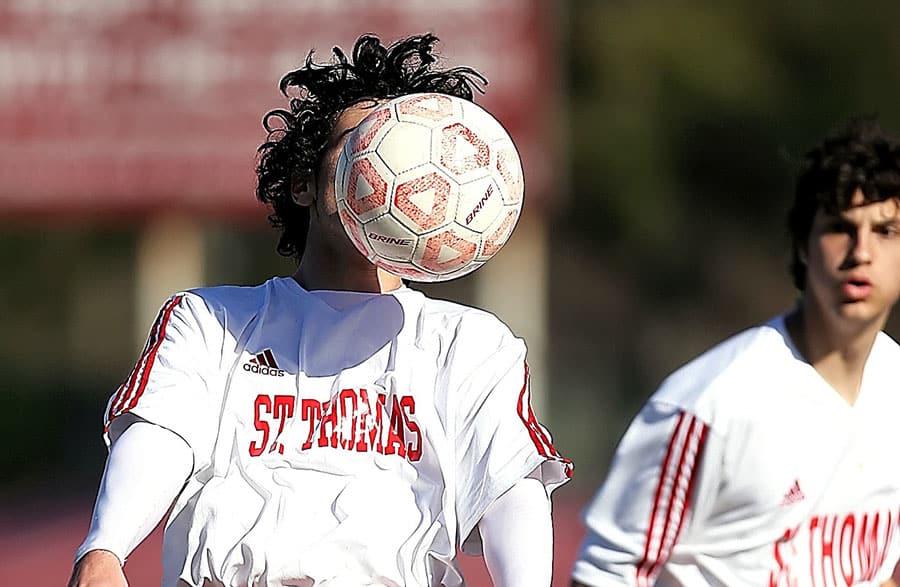 Researchers at the University of East Anglia (UEA) are raising £1m to fund a new project examining the link between professional football and the likeliness of contracting dementia, examining what cognitive changes occur due to concussions and heading the ball.

Recent research from the University of Glasgow has shown that retired male professional football players are around five times more likely to get Alzheimer’s Disease compared with the average person.

Despite this, little is known about exactly when players start to show signs of the disease and even less about the effects in women as the majority of research has focussed on men.

According to the UEA, its research team will use cutting-edge technology to test for early signs of dementia in men and women that are identifiable long before any memory problems or other noticeable symptoms become apparent.

The University has launched a £1 million fundraising goal to conduct the research, with at least 10 percent of the total amount hoped to be raised via crowdfunding.

“We now know that there is much higher risk of dementia in former professional footballers, and we think this is related to repetitive heading of the ball. We do not know if this extends to the amateur level,” commented Dr Michael Grey, Lead researcher from UEA’s School of Health Sciences.

“So there will be many footballers out there who are understandably very worried about their futures.

“We will be working with former professional players to investigate and track their brain health over time.

Former players in the Eastern region will be the first to take part in the SCORES project (Screening Cognitive Outcomes after Repetitive head impact Exposure in Sport) – before the study is rolled out nationally later this year.

“We hope to follow these footballers for the rest of their lives,” continued Dr Grey.

“This is the first time that this type of research has been done.”

The project is among a number of pieces of work in the Concussion Action Programme, a research group within UEA Health and Social Care Partners.

Welcoming the new study, Dr Carol Routledge, Director of Research at Alzheimer’s Research UK, said: “Recent research has highlighted an increased risk of dementia in ex-professional footballers, but we don’t yet know the cause of this association. It’s not yet clear whether, or how, football may need to change to address this risk and we continue to call for further research to begin to answer some of these unanswered questions.

“This new study looking for early signs of dementia is a positive step forward for dementia research and the wider football community. It’s encouraging to see this study focus on ex-professional women footballers as well as former male players, as there has so far been little research in this population.

“Only through a sustained investment in dementia research will we keep people connected to their families, their worlds and themselves for longer.”

“I played football for 20 years professionally, and headed many balls over that period. I want to see whether there is anything I should be concerned about in the foreseeable future,” said Iwan.

“It’s always important to improve and make things better. The game has improved, balls are lighter, but the modern-day player will still be at risk of this type of illness.

The research will see a small group of participants coming into the lab, but the majority of the testing will be done online at home.

To take part, visit www.scoresproject.org or contact the team about the project on scoresproject@uea.ac.uk.

For those with any questions about dementia research in general, contact Alzheimer’s Research UK’s Dementia Research Infoline on 0300 111 5 111.

To contribute financially to the research, visit www.justgiving.com/campaign/SCORES to make a donation, where all funds will go towards the equipment, software development, and researcher time to carry out the study.

To learn more, watch the video below: