A major player in the moving and handling market, Joerns Healthcare has announced that Taylor Smith has been appointed as the new Chief Executive Officer.

With over 25 years of successful leadership in the healthcare sector, Taylor has demonstrated sustained growth for both the companies he previously worked at, which Joerns Healthcare notes was key to his appointment as the new CEO.

Discussing the appointment of Taylor Smith as the new CEO, Brent Buckley, member of the Joerns Healthcare board of directors, commented: “Taylor brings a wealth of post-acute care knowledge and energy to Joerns that I am very excited about.

“Taylor has proven his commitment to customers and improving the lives of those who need care through his dedication to the healthcare industry.”

On starting his new role, Taylor remarked: “I’m honored for this opportunity to serve our customers. Joerns has over 125 years of success in healthcare, and I am excited to be joining the team.

“I believe the company is well positioned for growth in the expanding post-acute market, leveraging its unique integrated service and product platform to solve important and pressing problems for our customers.”

In July 2019, Joerns Healthcare LLC, the American arm of the global patient handling manufacturer, filed for bankruptcy protection in the United States as it sought approval of a restructuring plan to reduce its “substantial amount of debt.”

One month later, Joerns Healthcare LLC had its chapter 11 debt reorganisation plan for the company and its domestic subsidiaries confirmed by the United States Bankruptcy Court for the District of Delaware, enabling the US arm of the company to continue operating.

Known as one of the most complex forms of bankruptcy, chapter 11 generally provides for the restructuring of a business’ debts and obligations, enabling the company in question to continue trading whilst paying creditors over time.

At the time, Joerns Healthcare LLC said it expected to complete its restructuring and successfully emerge from bankruptcy over the coming weeks, whilst being well-positioned for growth and profitability.

The restructuring plan reduced the company’s debt by more than $320 million and provided up to $40 million of new financing to support Joerns’ ongoing operations and continued investments.

Importantly, whilst Joerns Healthcare LLC underwent a debt restructuring last year, the UK arm of the prominent moving and handling company, Joerns Healthcare Ltd, reported major success for its UK operations in August 2019, with the company increasing its turnover by over £1.2million in the year ended 31 December 2018.

The UK division attributed this major success to adding new, quick turnaround products to its portfolio, as well as improvements to Joerns Healthcare’s supply chain costs that allowed for increased margins.

https://thiis.co.uk/joerns-healthcare-appoints-new-ceo-to-bring-wealth-of-leadership-experience-to-the-company/https://i1.wp.com/thiis.co.uk/wp-content/uploads/2020/08/Taylor_Smith_CEO_Joerns_Healthcare.jpg?fit=733%2C649&ssl=1https://i1.wp.com/thiis.co.uk/wp-content/uploads/2020/08/Taylor_Smith_CEO_Joerns_Healthcare.jpg?resize=150%2C150&ssl=12020-08-20T11:39:55+01:00Sarah SarsbyNew to the TeamNewsroomSupplier NewsTrade NewsJoerns Healthcare,Joerns Healthcare CEO,Joerns Healthcare LLC,moving and handling company,patient handling products,Taylor SmithA major player in the moving and handling market, Joerns Healthcare has announced that Taylor Smith has been appointed as the new Chief Executive Officer. With over 25 years of successful leadership in the healthcare sector, Taylor has demonstrated sustained growth for both the companies he previously worked at, which...Sarah SarsbySarah Sarsbysarah@thiis.co.ukAdministratorTHIIS Magazine 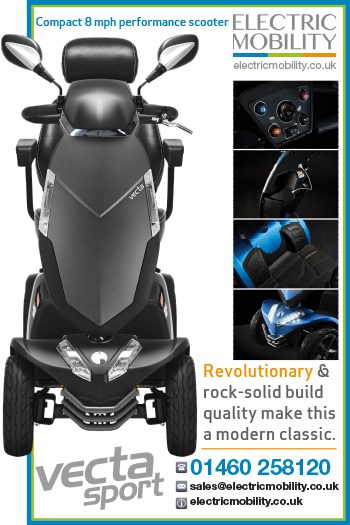