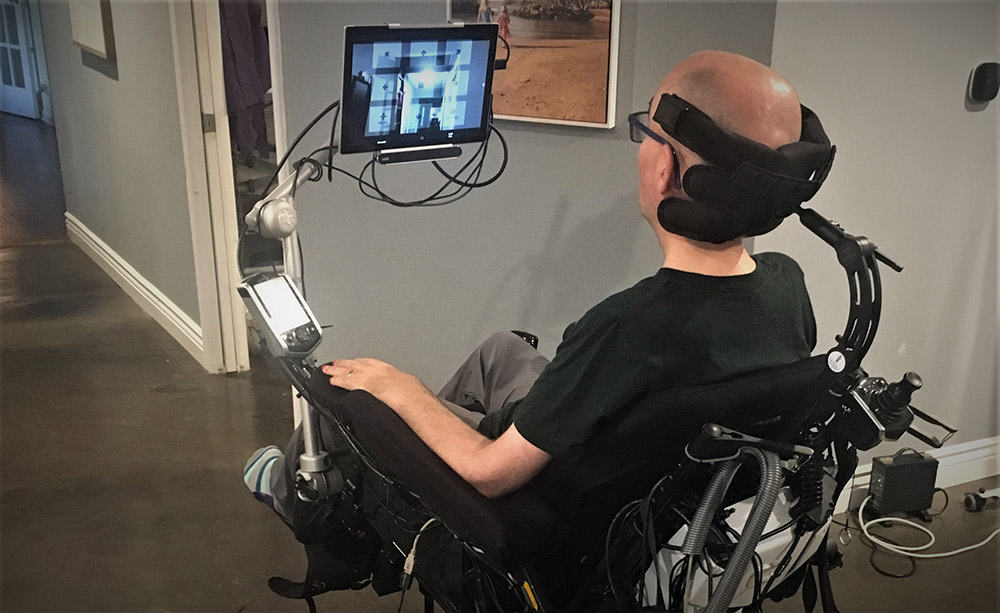 Starting out as a prototype in 2014 by Microsoft engineers, a new powerchair control system that enables users to drive their devices with their eyes has launched in the US market and is being distributed by national retailer Numotion.

In 2014 at a one-week software design innovation event, a former American NFL player Steve Gleason who has a neuromuscular disease called amyotrophic lateral sclerosis (ALS) challenged Microsoft innovators to develop technology that could help him overcome some of the constraints he faces.

It was at this Hackathon event that the Microsoft employees created the Eye Gaze Wheelchair, a unique solution enabling Steve to drive and control his wheelchair with only the movement of his eyes via his Surface tablet.

The Eye Gaze Wheelchair won the design event and was so well received from the Microsoft employees and ALS community that the software giant created dedicated a Microsoft Research team to understand and explore the potential of eye tracking technology.

Reflecting on the project in an interview in 2017, Steve Gleason commented: “When I approached Microsoft three years ago, I asked them to help develop innovative technology programs that would allow people with disabilities to stay productive and purposeful.

“They agreed without hesitation. At that time, I had no idea they would continue expanding access throughout all of Windows 10. Having Eye Control in Windows 10 continues to bridge the gap between widely used technology and people with disabilities. It’s simply liberating.”

Working with Steve’s non-profit Team Gleason organisation, as well as Evergreen ALSA – an organisation helping people living with ALS – and Livid Instruments founder Jay Smith, the parties combined efforts have led to the development of the Independence Drive – a system that combines a powered wheelchair, tablet computer, and eye tracking camera into a virtual joystick which controls the movement of the wheelchair.

Using the Independence Drive system, wheelchair users are able to move their device by looking at one of eight points on a tablet, which tracks eye movement through a camera. Multiple safety features ensure that the chair stops when the user looks away – whether deliberately or unintentionally.

Far from a conceptual prototype, however, Numotion, one of the largest national mobility providers in the USA, is bringing the new system to the world’s largest market, distributing the Independence Drive from its 150 national locations for $5,000.

Both Gleason and Smith have personally been using the technology on their own wheelchairs since 2015 and despite the system being originally developed to help patients fighting ALS, Numotion highlights the potential for it to be used to help people with other conditions, including spinal cord injuries, Parkinson’s disease and cerebral palsy.

The system will be available from Numotion from late May nationally.