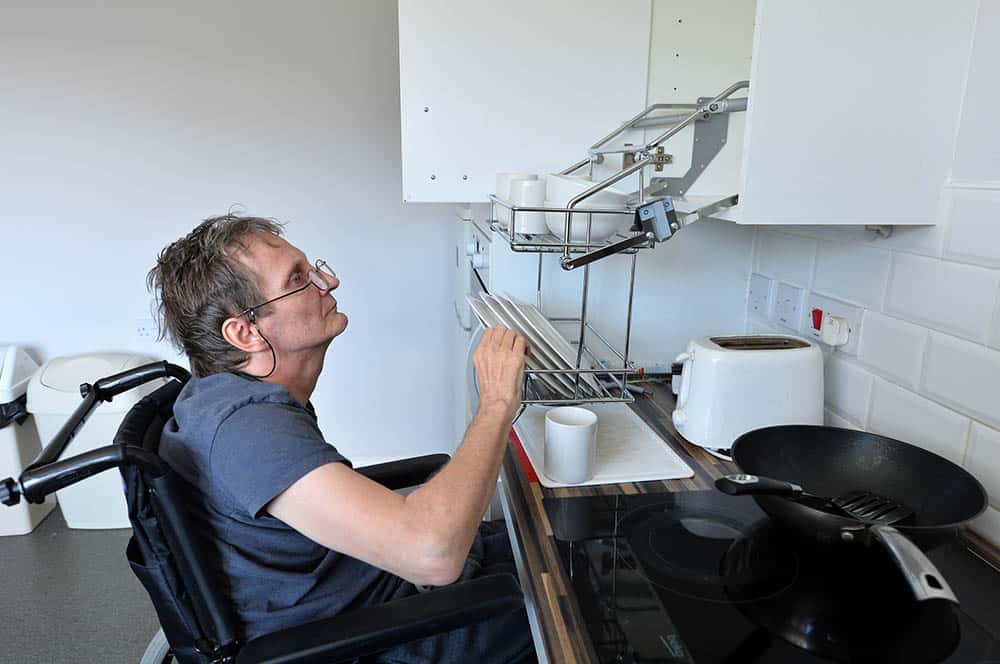 10 high-profile campaigning organisations have joined forces to demand urgent action to build homes that are fit for the UK’s ageing and disabled population amidst the risk of a hidden housing crisis.

As parliament dissolves ahead of a general election, the new Housing Made for Everyone (HoME) coalition has published an open letter calling on the next government to take greater action to secure housing suitable for all.

The combining of forces comes following a flurry of research, surveys and polls over the past 12 months forewarning of a growing ‘hidden housing crisis’, with Habinteg’s most recent research emphasising that over two-thirds of people say their homes are no-go zones for wheelchair users. 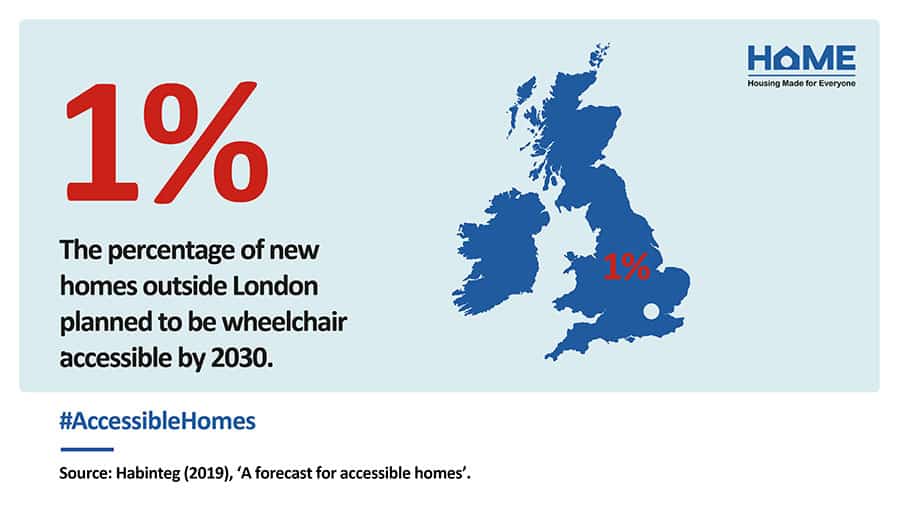 Sheron Carter, Chief Executive at Habinteg, which co-chairs the coalition, said: “Recent research by Habinteg reveals that most people in Britain are not able to welcome a wheelchair user into their home due to poor access.

“This is the limiting reality of our current housing stock. So, with increasing rates of disability and an ageing population it’s critical that new homes are built to standards that provide greater accessibility and adaptability. Unless we do this, we’ll be running into a whole new type of housing crisis in the years to come.

In February 2019, research commissioned by the Centre for Ageing Better found there was wide support amongst people for the creation of housing suitable for all ages and abilities, with the charity damning national planning policy as fragmented with no clear guidance.

“And with more of us living for longer, this dire lack of accessible homes represents a ticking timebomb.” Anna Dixon

The full extent of the looming housing crisis was revealed in June 2019 by Habinteg however, when research analysing housing plans across England found that less than a quarter of homes built outside of London by 2030 will be suitable for older and disabled people. 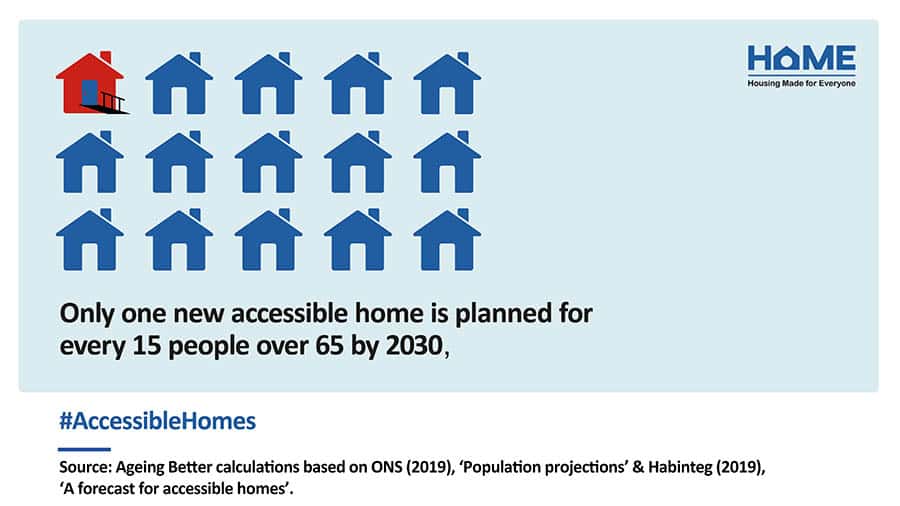 According to the research, despite 13.9million disabled people in the UK and a rapidly ageing population, only seven percent of English homes currently provide even the most basic accessibility features.

“Too many people are today living in homes that limit their independence, as we face a dangerous shortage of homes that are accessible and adaptable,” commented Anna Dixon, Chief Executive at the Centre for Ageing Better, which co-chairs the coalition.

“Whilst it’s not inevitable, the likelihood is that most of us will experience disability or difficulties with activities of daily living at some point in our later life. And with more of us living for longer, this dire lack of accessible homes represents a ticking timebomb.”

By 2030, projected figures suggest that there will be just one new accessible home built for every 15 people over the age of 65.

“Urgent action is needed to ensure we are building homes fit for the future, so that more of us are able to stay in our homes for longer and remain safe and independent,” continued Anna. 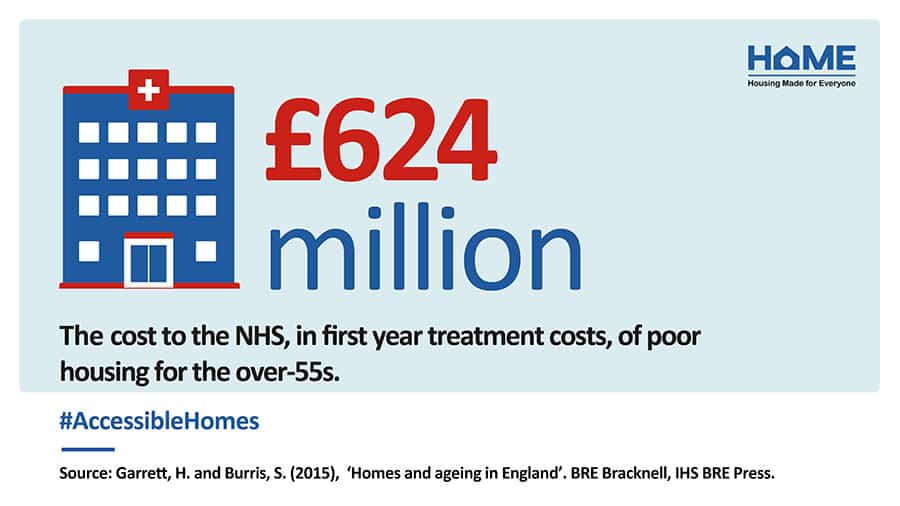 With previous commitments to consult on the mandatory building regulations for new homes having not been acted on says HoME, it is now calling on the next government to urgently consult to ensure that all new homes are built to Building Regulations, Volume 1, M4, Category 2 standards.

The M4 (Category 2) standard was introduced in 2015 with the aim of ensuring new homes are built with basic accessibility features which can be easily adapted, making housing adaptations cheaper and easier in the future if needed.

Currently optional, Local Planning Authorities are required to make the case for requiring new homes in their area to be built to the standard, with organisations such as Age UK criticising developers for challenging the requirements on cost-based arguments which do not stand up to scrutiny.

Marking the coalition’s launch, HoME has launched a seven-step charter to transform new housing, including recommendations for central and local government, estate agents, and developers.

“We’re heartened to see so many high-profile organisations joining forces to press for change on such a crucial issue,” finished Habinteg’s Sheron Carter.

“We can and should be building homes to be inclusive of all.”