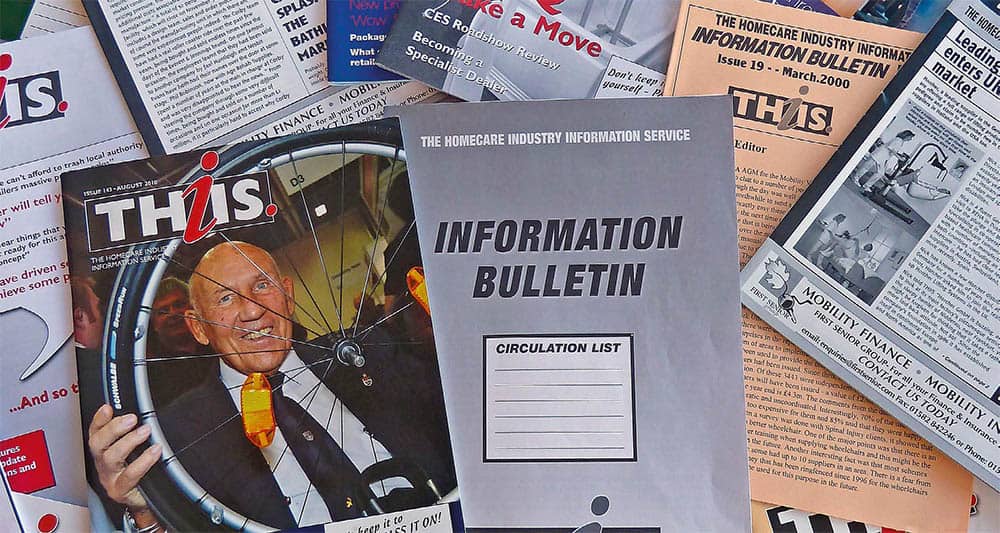 In a special guest article to mark THIIS’ 20th-anniversary issue, David discusses the early days of the magazine and how the mobility market has evolved since the first black and white copy of THIIS landed on desks two decades ago. 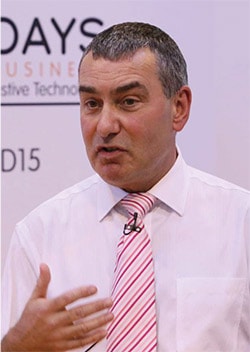 Blimey, where did the years go?

I can still remember the exact moment that THIIS was created. I was walking across a field with someone who was also involved in the marketplace and asked the question – do you think that our industry is big enough to have its own magazine?

To be fair, neither of us really knew the answer to that. Twenty years ago, the marketplace looked a lot different of course. Far fewer retailers, no internet, no social media, and less product choice.

My experiences over in the USA attending Medtrade for a number of years had prompted the idea of a UK industry magazine. There were a couple of publications focusing on the American marketplace and they were very informative and interesting.

But THIIS certainly didn’t start out as a 60-page, full-colour magazine though – far from it!

If you have ever wondered where the name THIIS came from, then it stands for The Homecare Industry Information Service. The first issue was pretty basic – an eight-page, black and white newsletter – no photographs and just short news items.

In fact, it took quite a while for advertising to appear in the monthly issues. The service was on subscription back then. Imagine, people actually paying to receive a monthly newsletter – who would have thought it now!

It wasn’t easy filling the early issues as you could count the number of businesses switched on to provide news items on a pair of hands. Getting blood out of a stone comes to mind.

Thankfully, things changed over a period of a couple of years and more and more businesses realised just how important it could be to be featured in what was becoming more and more like a proper magazine each month.

Spot-colour was followed by full-colour and the magazine grew and grew to a regular 60+ pages.

What was just as surprising, in hindsight, was being the only magazine in the industry for a good 15 years or so. No competition, now that’s quite a rarity in any marketplace.

Companies that have used the magazine over the years will know that advertising costs were sensible and affordable; probably one of the major factors that meant competitors didn’t take an interest in the marketplace, I guess.

I had worked in the industry for well over 10 years with a manufacturer (Everest & Jennings) and a retailer (Keep Able) before I set up my own business and launched THIIS a couple of years later. I was part of the industry, not simply a publishing company looking for the next marketplace to get involved in.

I think that made a big difference in terms of how it was received.

I knew a lot of people in a lot of businesses when THIIS launched and I was forever grateful for the backing that many of them gave THIIS in the early days – especially, as I have mentioned, they were paying good money to get it.

I think people trusted me to carry the news and views in a sensible, impartial and non-sensational way. I tried very hard not to carry the ‘bad news’ stories, preferring to concentrate on the successes. People knew that they could tell me something confidential and it wouldn’t appear on page three a few weeks later.

I eventually produced around 200 monthly issues, before handing over the reins to Calvin Barnett who I believe has done a great job since then. It was time for me to move on but it took a while to get used to not getting the interesting news story first!

I would like to think that the magazine made a difference over the years and helped the industry to develop. A number of people were generous with their time and helped us produce some fascinating and really worthwhile stories.

I always got a buzz out of interviewing someone and knowing that when we had finished it was going to be a great read when it was published. You can tell when you start to talk to someone whether they are going to be able to give you the content that will keep the readers reading.

The industry has changed a good deal over the 20 years, but, it seems to me, what hasn’t changed is the importance of a magazine that informs, challenges, inspires and is a vehicle for companies to get a message out to the marketplace.

I’m proud to have been a part of it.

David has spent over 36 years in the industry, starting at wheelchair manufacturer Everest & Jennings and then being part of the team that launched the retailer Keep Able. He started his own company in 1995 and developed a retailer network with over 20 companies with over 40 outlets involved. He launched THIIS in April 1999. He now advises companies and organisations on communications and helps them develop their own magazine titles. His website is www.cantbuyit.com