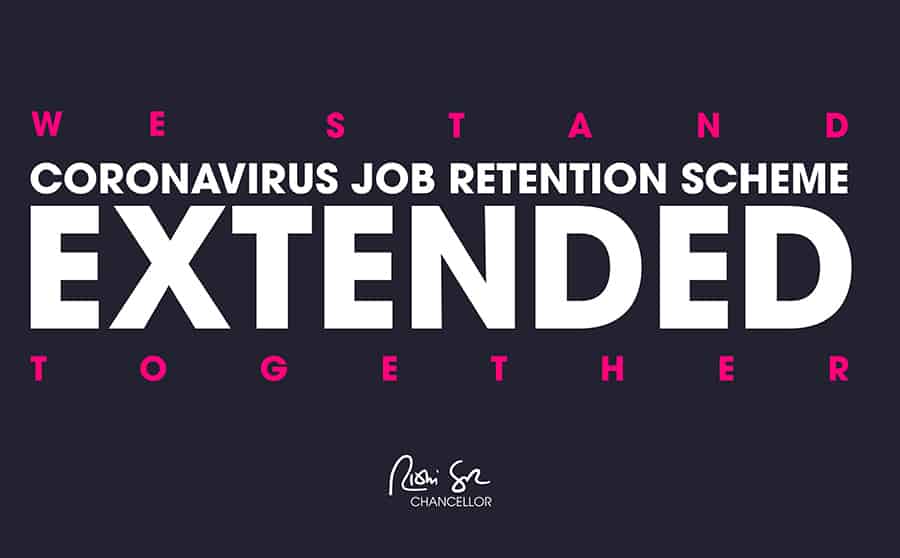 In the Commons today, chancellor Rishi Sunak has confirmed that the government’s furlough scheme will remain in place until the end of October, however, he has also noted that changes to the scheme are set to come at the end of July.

The Coronavirus Job Retention Scheme has proven to be a critical lifeline for many business and individuals during the coronavirus, with Sunak confirming that the scheme has supported 7.5 million jobs so far and helped 1 million businesses.

Committing to extend the scheme beyond its June end date to October, Sunak confirmed that the furlough initiative will continue to operate in its current vein until the end of July.

Promising the scheme will continue to offer the same level of support (80% of wages up to a max of £2500) until the end of October, Sunak also suggested that employers will be asked to contribute more in August, September and October.

In a tweet shortly after the announcement, Sunak posted: “Further detail will follow by the end of May but I want to assure people one thing won’t change: Workers will, through the combined efforts of government and employers, continue to receive the same level of support as they do now, at 80% of their salary, up to £2,500.”

Additionally, the chancellor noted that during August, September and October, a new degree of flexibility will be added to the scheme where employers will be able to bring workers back part-time – currently, the scheme only pays for workers who are not working at all.

Business leaders have welcomed the announcement for providing a longer-term outlook which will enable companies to plan further into the year.

Responding to the chancellor’s announcement, Edwin Morgan, Director of Policy at the Institute of Directors, said: “A furlough extension will bring significant relief to employers and workers across the country.

“We’re delighted the Treasury has taken on the IoD’s consistent calls for a flexible furlough. Many firms will be operating far below normal capacity for the foreseeable future. A part-time furlough provides a much-needed launch ramp so businesses can start to get back up to speed. A more flexible approach will allow firms to raise activity levels in tandem with demand, helping to avoid cashflow challenges.

“We now need further clarity around employers’ contributions. Many firms that would normally be on strong footing are still in dire straits.

“The extension puts yet more onus on helping those who have been left out in the cold. Countless small company directors have found scant support, and government shouldn’t turn a blind eye to them.”

It is important to point out however that the announcement is subject to how the government’s lockdown easement measures progress and continued management and control of the pandemic.

https://thiis.co.uk/furlough-scheme-october-extension-part-time-flexibility-and-higher-business-contributions/https://thiis.co.uk/wp-content/uploads/2020/05/rishi-sunak-job-extension.jpghttps://thiis.co.uk/wp-content/uploads/2020/05/rishi-sunak-job-extension-150x150.jpg2020-05-12T13:48:22+01:00Calvin BarnettBusiness SupportCoronavirus NewsCOVID-19 Sector NewsCOVID-19 Trade NewsGovernment & Local AuthoritiesNewsroomRetailer NewsSector NewsSupplier NewsTrade Newschancellor,Coronavirus Job Retention Scheme,coronavorus,COVID-19,furlough,IoD,Rishu Sunak,unempoymentIn the Commons today, chancellor Rishi Sunak has confirmed that the government’s furlough scheme will remain in place until the end of October, however, he has also noted that changes to the scheme are set to come at the end of July. The Coronavirus Job Retention Scheme has proven to...Calvin BarnettCalvin Barnettcalvin@thiis.co.ukAdministratorTHIIS Magazine