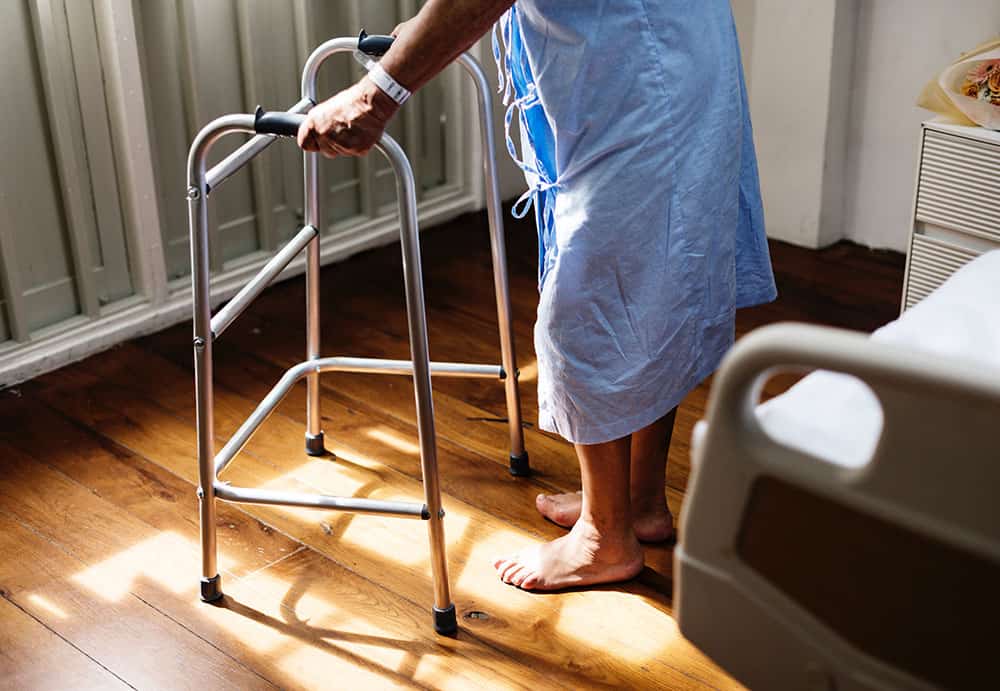 According to new research from the University of East Anglia and the University of Cambridge, elderly people would feel more in control of their lives if they thought about a future move to assisted accommodation or residential care before health problems force them to.

Most older people want to remain independent in their own home home for as long as possible but in many cases, a health crisis means they need to transition to a new home closer to their families or to long-term residential care.

New research published today shows that older people are rarely involved in decisions about moving due to the urgency of their health crisis or cognitive decline.

The research team say that thinking about future moves earlier would help older people have more involvement in decision-making and could lead to better outcomes for all involved.

Dr Morag Farquhar, from UEA’s School of Health Sciences, said: “A minority of older people choose to move to age friendly housing before the onset of disability – but the majority prefer to grow old in their own homes and put off moving until a health crisis forces them to.

“We know that in some cases the decision to move an elderly person is made by others who may override the older person’s views and preferences – or even without their full consent. While family members usually prioritise safety and security, older people may well strive to maintain their own independence.

“We wanted to find out more about the decision making process when very old people move – either into a care home or to live with family.

“The likelihood of moving involuntarily increases with age and those over 80 are in the high risk bracket. Moves at this time of life are often driven by incidents like serious injury from a fall, hospitalisation or the death of a spouse who has been acting as a carer.”

The researchers worked with 42 surviving participants of the Cambridge City over-75s Cohort Study – a long-term study of older people that started in 1985 from a survey of more than 2,600 men and women aged over 75.

They identified 26 who had moved after turning 95 and interviewed 20 of them. Six were too frail to take part and the oldest interviewee was 101.

Most of those who had relocated had some level of cognitive impairment and so key carers, usually a close relative, also took part in the interview process.

Dr Farquhar added: “What we found was that when people move at such an old age – they are usually not making the decision themselves because they lack capacity due to poor health or cognitive decline.

“Usually the decision is made by other family members or health and social care professionals – and relatives reported being traumatised by events leading up to the move.

“While some older people were philosophical about their move and considered it a part of the aging process, many thought a decision had been made for them, some felt resentment, and later regretted their move.

“Relatives need much more support to discuss moving and housing options at timely junctures before a health crisis – so that older people can participate in the decision making process.”

Dr Fiona Scheibl from the Primary Care Unit at the University of Cambridge said families could help to initiate discussions about moving using sources of information provided by Age UK and the Alzheimers Society.

‘When Frail Older People Relocate in Very Old Age, Who Makes the Decision?’ was published in the journal Innovation in Aging on the 6th of September.

https://thiis.co.uk/elderly-people-should-consider-residential-care-before-a-health-crisis-new-research-suggests/https://thiis.co.uk/wp-content/uploads/2019/09/old-person.jpghttps://thiis.co.uk/wp-content/uploads/2019/09/old-person-150x150.jpg2019-09-06T09:29:33+01:00Sarah SarsbyNewsroomReports & Researchaccommodation,health crisi,independent living research,Innovation in Aging,residential care,UEA,University of Cambridge,University of East AngliaAccording to new research from the University of East Anglia and the University of Cambridge, elderly people would feel more in control of their lives if they thought about a future move to assisted accommodation or residential care before health problems force them to. Most older people want to remain...Sarah SarsbySarah Sarsbysarah@thiis.co.ukAdministratorTHIIS Magazine