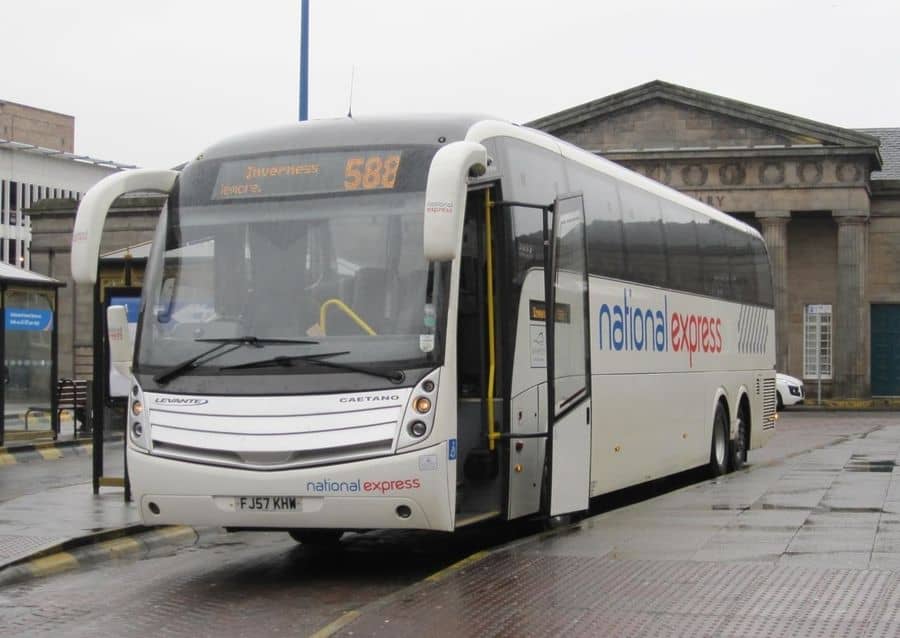 The Disabled Persons Transport Advisory Committee (DPTAC) has published a series of recommendations for making coach travel, like all other forms of public transport, more accessible to disabled people.

In a UK Government report, the DPTAC stated that it was initially pleased that the Public Service Vehicle Access Regulations (PSVAR) was extended to cover coaches as the main providers of scheduled services moved quite rapidly to use compliant vehicles.

Once the coaches on scheduled services had reached the end of their life, the DPTAC hoped that these would enter the second-hand market and contribute to wider accessibility in the overall coach market, but its report states that this is not the case.

According to the report, in a number of instances, accessibility features required for PSVAR have been removed when vehicles are no longer used on scheduled services.

Data by the Rail Delivery Group (RDG) found that only 600 PSVAR compliant coaches are available in the ‘for-hire’ sector out of more than 25,000 vehicles currently in commercial use.

The report commented: “DPTAC is disappointed that the ‘for-hire’ coach sector is out of step with the rest of the transport industry in its reluctance to meet the needs of disabled passengers.

“For a variety of reasons relating to the economics of the industry, as well as the lack of regulatory pressure, the industry appears to have made no significant effort to improve accessibility. Government intervention is now essential to drive change.”

The DPTAC report highlighted some limitations to the accessibility of PSVAR coaches, which may have inhibited their wider adoption by coach companies.

These include the steps at the entrance of coaches, which are a barrier for some people with mobility impairments. The report stated: “Although efforts have been made to make them shallower, they appear to be an insuperable barrier for some people. Others may be able to struggle up them when absolutely necessary, but will generally avoid coach travel because of the effort involved and the uncertainty of access.”

There were some suggestions that a passenger could be allowed to stand on the accessible lift to board the coach, but the DPTAC states that this has not been tried despite the fact that similar lifts are frequently used by standing passengers using community transport services, NHS mobile clinics and Ambulifts at airports.

The report also highlighted how there is no obligation on coaches to include seats with space for a guide dog to sit at the passenger’s feet, and either the wheelchair space, or more likely the platform, does not have to be compatible with the reference wheelchair.

It also commented that the space required to deploy the ramp external to the coach is such that there are many passenger pick-up points where wheelchair users are unable to board.

From 1 January 2020, the report points out that it became unlawful to use a non-PSVAR compliant coach on a scheduled service for which a charge is made. In its report, the DPTAC recommended that this should have included home-to-school transport services, where some pupils are charged, and rail replacement services.

The DPTAC called on the Department of Transport to convene a panel with representatives of the coach industry, manufacturers and disabled people to draw up a research specification.

It also suggests that the Department of Transport invites outline proposals to put before the panel to achieve the requirements of the specification with a view to them providing the basis for a revised set of PSVAR regulations. This process must not exceed 12 months the report states.

The Department of Transport should commit to providing parliamentary time for the adoption of a revised set of accessibility regulations for coaches.

In the event that no proposals for revisions of PSVAR are forthcoming, the report went on, the government should publish a timetable for the ending of the temporary exemptions.

The DPTAC recommends that the government removes the exemption from PSVAR of the whole of the ‘for-hire’ sector. It said: “This alone will ensure that disabled people are no longer excluded from this important transport provision.”

DPTAC believes that it is vital that disabled young people have the opportunity to mix with their peers and learn to use public transport services.

The report states: “The current situation where they are excluded from mainstream transport and have to use separate specialist provision is unacceptable and likely to affect their confidence in using public transport as they transition to adulthood and enter the workforce.”

The DPTAC calls on all those involved in the procurement of home to school transport services to commit to moving to accessible provision as soon as practical.

It also questions whether large 48-seater coaches are the best way to transport pupils to school, particularly in sparsely populated areas, as they necessitate long journeys and early pick-up times to ensure a large number of pick-up points to use the vehicle at capacity.

The report recommends: “Smaller vehicles making few pick-ups could result in more direct, and therefore quicker, journeys. Such vehicles might have a role to play in public transport provision in rural areas outside school journey times.”

There are good economic reasons for the industry to maximise the accessibility of services, states the DPTAC, as the age group who travel the most miles by coach is the over-70s, a growing age group with the highest levels of disability.