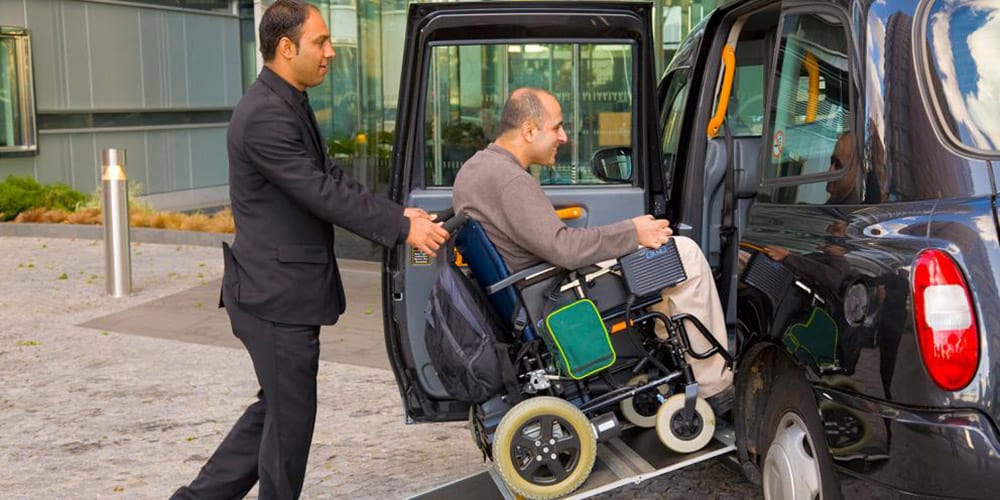 According to new data released by the Department for Transport, more local authorities are requiring taxi and private hire vehicle (PHV) drivers to undergo disability awareness training, with prosecutions for disability discrimination continuing to rise.

The increase in local authorities mandating disability awareness training is driven by the Government’s Inclusive Transport Strategy, which has set out its vision for improved accessibility across the sphere of transportation, including the taxi and private hire sector.

Disability awareness training for taxi and PVH drivers was directly mentioned in the strategy, with the Government recommending “that authorities require taxi and private hire vehicle (PHV) drivers to complete disability awareness and equality training…”

Despite being non-statutory guidance, the recommendation has been adopted as best practice by the Department of Transport, with an expectation for local authorities to introduce disability training awareness training policies.

Prosecutions on the rise

The rise in mandatory awareness training comes amidst a growing number of taxi & PVH driver and operator prosecutions for offences relating to wheelchair user discrimination and assistance dog refusals, according to the Department for Transport.

With 31 successful prosecutions in the year ending 31 March 2018, the Government says that the majority of prosecutions were for failing to accept bookings to carry assistance dogs, making up 68 percent of all prosecutions.

The research reports that in 2018, 84 percent of prosecutions for disability discrimination led to a conviction, highlighting that the conviction rate has been fairly stable since 2013 and most convictions resulting in a fine.

Commenting on the statistics, accessible travel expert Ann Frye OBE stressed that whilst there has been enormous progress in the UK in the last 30 years in introducing technical standards for accessibility, there are areas that remain to be addressed.

“There are still many barriers to overcome including lack of information about what is available and possible; lack of training so that front line staff do not always understand the needs of a disabled person; and a general lack of understanding still about the needs of people with hidden disabilities including mental health conditions, autism and dementia who can be very challenged by the transport environment,” she said.

As stated in the data, there are a total of 291,800 licenced vehicles in England, with 24 percent being licensed taxis and 76 percent being private hire vehicles (PVH).