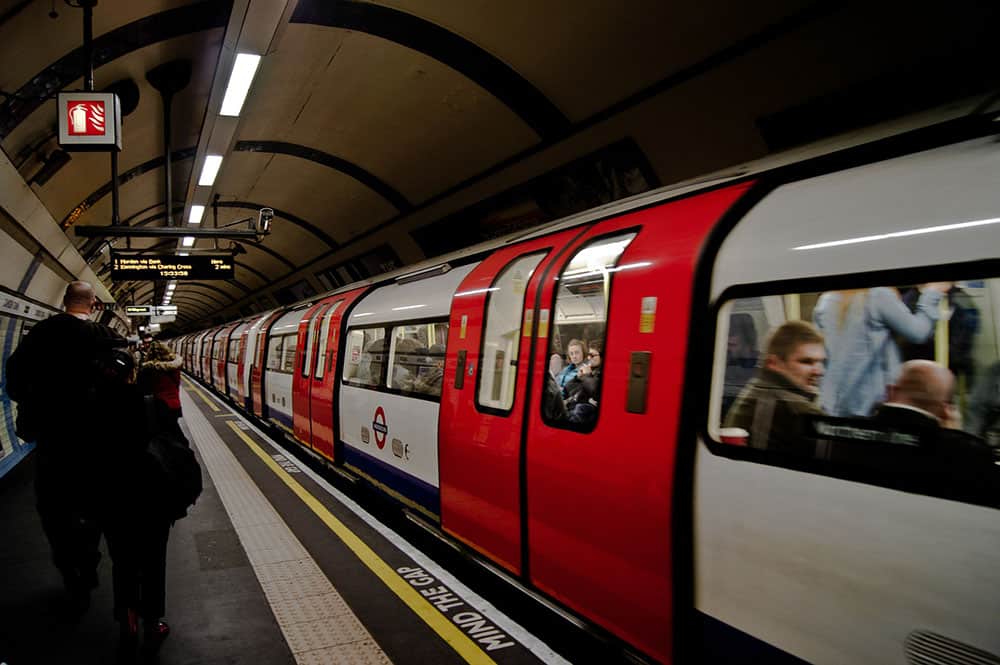 A new travel experiment has highlighted how difficult using London’s public transport system is for people with mobility needs, suggesting wheelchair users’ commutes in England’s capital take 49 percent longer than that of an able-bodied person.

The ‘Going the Extra Mile’ experiment pitted five wheelchair users against five able-bodied commuters, tasked with travel five popular commuter journeys in London, with the commuters starting their journey from the same point at the same time and finishing at the same destination.

Carried out by law firm Bolt Burdon Kemp, the experiment aimed to raise awareness of accessibility issues on public transport by pointing out the difficulties facing wheelchair users in Europe’s busiest commuter city, with up to five million passengers travelling London’s eleven Underground lines every day.

The results from the study revealed that out of London’s 270 stations, only 77 were fully accessible- less than 30 percent – for wheelchair users, with London’s transport options, often limited for people with disabilities, leading to substantially longer travel times for wheelchair users.

The five commuter journeys carried out during the course of this experiment took wheelchair users a combined total of three hours and five minutes to complete – 49 percent longer than their able-bodied counterparts.

In particular, the ‘Going the Extra Mile’ experiment exposed the significant difference in time for popular routes in London because of lack of access to London’s transport network, with the wheelchair users’ often required to take bus routes instead of the Underground.

A nine-minute commute from Liverpool Street to Kings Cross took a wheelchair users 32 minutes because the only option was to take a single bus route between the two central stations due to a lack of accessibility in the Underground.

In addition, Wembley Park to Westminster, another popular commute route, took 83 percent longer than what the ‘step-free access’ option on the TFL journey planner estimated for wheelchair users.

Following the experiment, the wheelchair users noted that official apps or planners cater to their individual needs, flagging the difficulty of planning their public transport journey as a recurrent problem.

For the participants, cross-checking several different apps seems to be the norm, although they noted that these unreliable or inaccurate and, ultimately, they rely on their own experience.

According to participants, the apps also do not distinguish between different accessibility needs and mobility devices, leading to route suggestions that can be accessible to some but not to others.

For the Westminster bound journey, the TFL journey planner suggested a change at Finchley Road to use the Jubilee line, in a similar manner to the able-bodied passenger. In reality, staff at the starting point of the journey advised this was not possible, as the gap there would be far too large for an electric wheelchair.

Jennifer, who tested the Wembley Park to Westminster route, said she avoids public transport altogether in her daily life: “Today was the first time I’d used public transport since [getting injured]. I probably won’t use it again.”

As well as a lack of access to London’s Underground stations and lack of available route planning information for disabled travellers, the study also emphasised the lack of staff training to respond to passengers with disabilities.

According to one participant, they were left waiting on a bus arriving at King’s Cross station, as the driver closed the doors before she could exit using the ramp. She disclosed some bus drivers have difficulty activating the ramp, stating that sometimes the driver has even asked her for guidance on how to activate it.

On Jennifer’s Westminster bound journey, she arrived at a station with no staff present to assist with setting up a ramp to help disembark despite assurance from the information point that this had been arranged for her. This resulted in Jennifer relying on help from a stranger to exit and navigate the station.

The law firm says the study brings to attention that London and other cities’ public transportation is not meeting the needs of disabled people and that there is much more that can be done to make public transport more accessible.