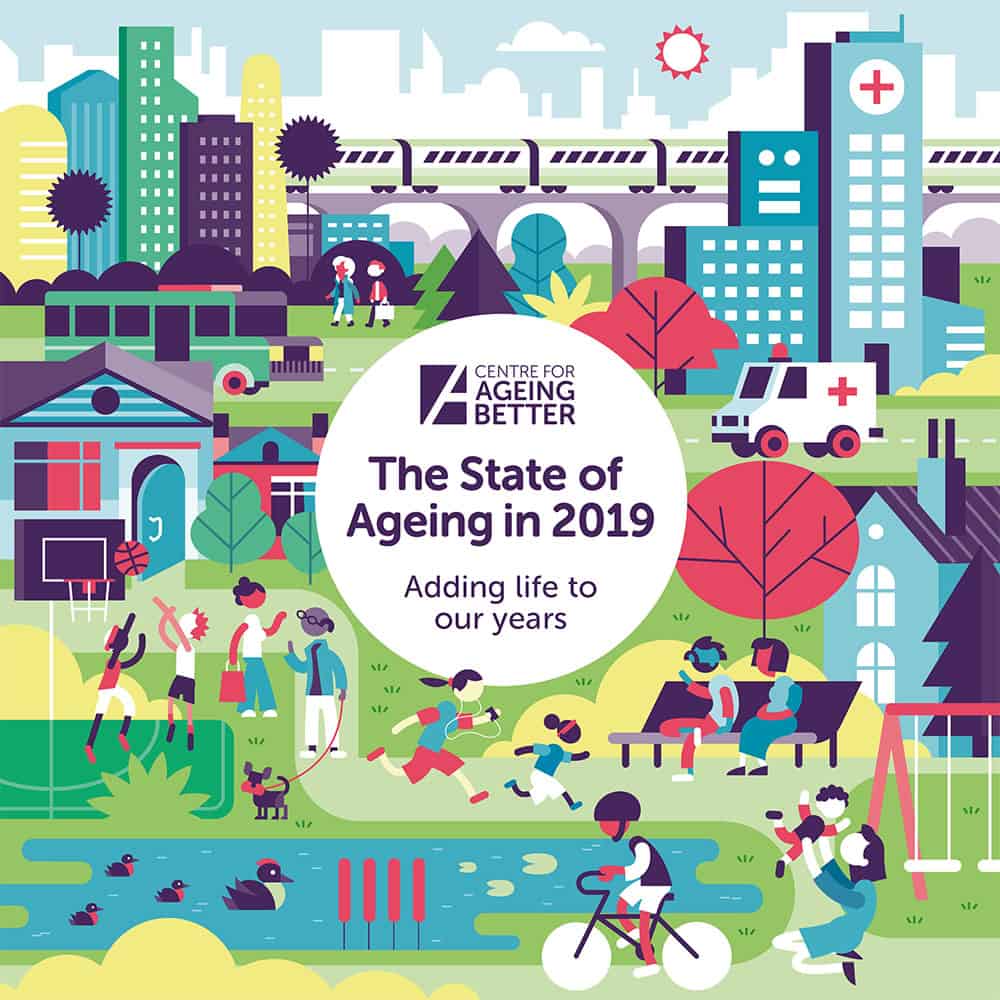 A new report from the Centre for Ageing Better has highlighted that a significant proportion of the population is at risk of ill-health and hardship in later life, including the issue of not having suitable, accessible housing.

The charity’s report, ‘The State of Ageing in 2019’, warns of substantial inequalities in health, work and housing for people in their 50s and 60s.

As a result, Ageing Better is calling for a radical rethink from Government, businesses and charities to ensure the next generation of older people can experience a good quality of life as they age and can have access to safe and suitable adapted housing.

The research brings together publicly available data sources to reveal vast differences in how people experience ageing depending on factors such as where they live, how much money they have or what sex or ethnicity they are.

While people aged-65 can expect to live just half of the remainder of their life without disability, says the charity, those in less affluent parts of the country will die earlier and be sicker for longer.

Britain is undergoing a radical demographic shift, with the number of people aged 65 and over predicted to grow by more than 40 percent over the next 20 years, reaching over 17 million by 2036.

The report reveals that:

The Centre for Ageing Better urges that the Government must require all new homes to be built to be accessible and adaptable as standard and commit to improving the condition of existing housing.

It also feels that employers must do more to support people to keep working in fulfilling jobs as long as they want, especially those managing health problems or caring responsibilities, enabling them to save more for their later life.

Dr Anna Dixon, Chief Executive of the Centre for Ageing Better, commented: “Living for longer can provide us with huge opportunities to enjoy ourselves and spend time doing the things we love. But this report is a wake-up call for us all – many people in their 50s and 60s now, particularly those who are less well-off, simply won’t get the quality of later life that they expect or deserve.

“We must act now to add life to our years; to make sure that everyone has the opportunity to make the most of a longer life. Without radical action today to help people age well, we are storing up problems for the future and leaving millions at risk of poverty and poor health in later life.”

https://thiis.co.uk/charity-says-most-uk-homes-are-hazardous-for-elderly-and-disabled-people-and-calls-for-a-radical-rethink-of-health-and-housing/https://thiis.co.uk/wp-content/uploads/2019/03/The-state-of-ageing-1.jpghttps://thiis.co.uk/wp-content/uploads/2019/03/The-state-of-ageing-1-150x150.jpg2019-03-15T11:04:44+00:00Sarah SarsbyNewsroomReports & ResearchThird Sectoraccessible housing,adapted housing,Ageing Better,Centre for Ageing Better,housing adaptations,mobility needs,report,research,suitable housing,The State of Ageing in 2019,UK GovernmentA new report from the Centre for Ageing Better has highlighted that a significant proportion of the population is at risk of ill-health and hardship in later life, including the issue of not having suitable, accessible housing. The charity’s report, ‘The State of Ageing in 2019’, warns of substantial inequalities...Sarah SarsbySarah Sarsbysarah@thiis.co.ukAdministratorTHIIS Magazine