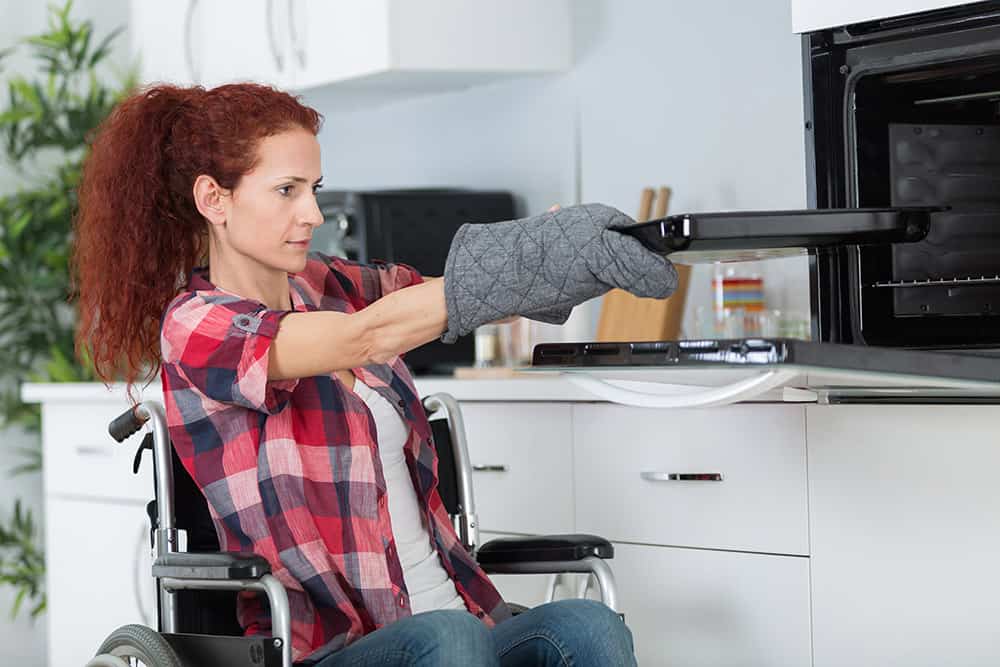 Two leading charities, Habinteg and the Centre for Ageing Better, have called on the government to do more for older & disabled people after data from the latest English Housing Survey has highlighted the difficulties disproportionally facing vulnerable groups.

Commissioned by the Ministry of Housing, Communities and Local Government, the English Housing Survey collects information about people’s housing circumstances and the condition & energy efficiency of housing in England.

Outlining the proportion of homes in England which are accessible and adapted for disabled and older people, the survey found that only nine per cent of homes in England have key accessibility features to deem them “visitable” – a marginal increase from 2005’s five per cent.

In addition, the survey indicated that 57 per cent of wheelchair users live in adapted homes.

According to its analysis of the survey statistics, charitable housing association Habinteg has estimated that there are over 400,000 wheelchair users are living in homes which are neither adapted nor accessible.

Sheron Carter, CEO of Habinteg, said: “Whilst it’s encouraging to see the proportion of homes with basic accessibility features increasing to 9 per cent from 5 per cent in 2005, it’s clear that the total proportion of homes which are accessible is still woefully inadequate. That’s why the government must change the regulation to ensure all new homes being built are accessible for older and disabled people.”

Alongside Habinteg’s call for accessible and adapted housing, another organisation has taken the government to task over the quality of homes for those over-60s living alone.

The Centre for Ageing Better has pointed out that older households have on average higher energy costs than younger households, leaving 8.5 per cent of households headed by someone aged 60, and 9.9 per cent of single-person households aged 60 and over, find it difficult to meet their heating costs.

According to the Centre for Ageing Better, this equates to 361,000 households in England.

In addition, the data exposed the amount of poor-quality housing still prevalent in England, with 4.3 million households (17 per cent) in England living in a home that doesn’t meet basic standards of decency. Households headed by someone 65 and over are 19 per cent more likely to be living in non-decent homes than younger age groups.

In response to the findings, the charity has called on the government to expand the scope of its ‘Green New Deal’ to focus on improving the quality of housing for those later in life.

It comes as chancellor Rishi Sunak launched the new ‘Green Homes grant’ initiative last week as part of his mini-budget.

Set to start in September, the scheme will provide eligible households with a grant capped at £5,000 for most (although the poorest households will be able to access additional support worth up to £10,000) which will fund at least two-thirds of the cost of energy-saving home improvements.

The Centre for Ageing Better has urged the government to use this opportunity to address other hazards in homes while also tackling energy efficiency, such as repairs and adaptations.

Holly Holder, Senior Evidence Manager for Centre for Ageing Better, said: “These new figures show that while real progress has been made in recent years, there are still too many older people living in cold or poor-quality homes.

“We know that cold homes can cause or worsen many conditions, from asthma to arthritis. The coronavirus pandemic has highlighted just how crucial it is to tackle the preventable causes of health conditions, and improving the quality of our homes must be part of that project.

“While the ‘green home grant’ is a good start, the government must go further and enable adaptations and repairs in its plans for improving the energy efficiency of homes – as these are just as important to making a home safe and habitable.”