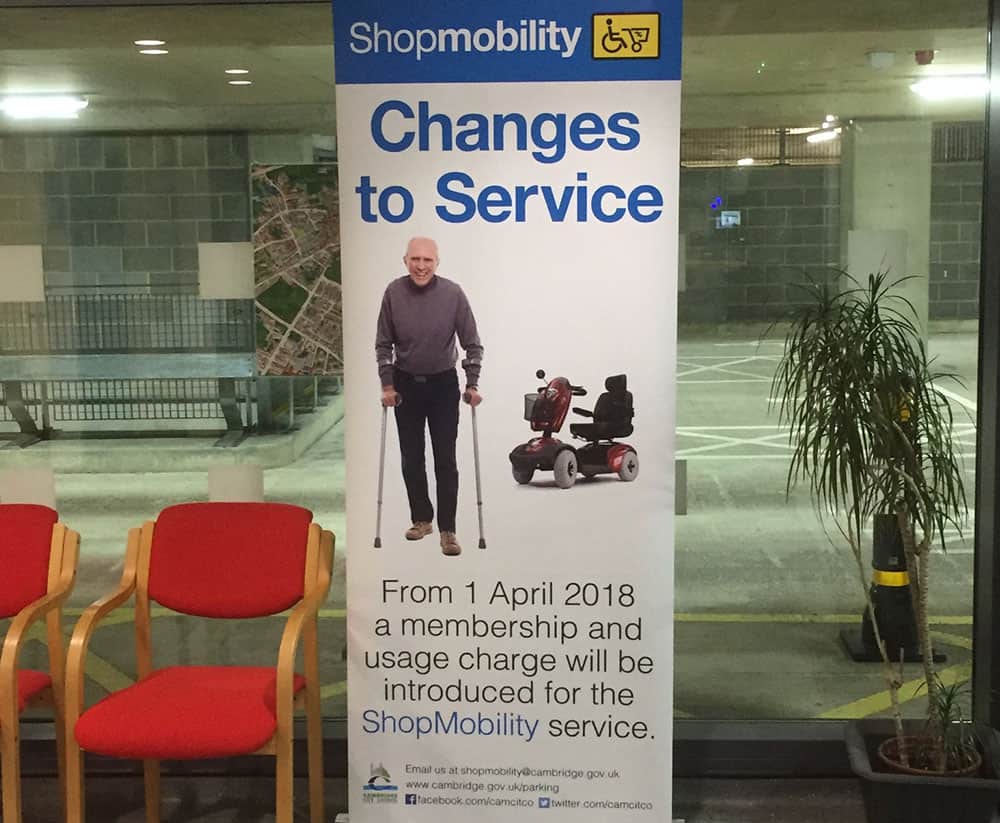 In Cambridge, the City Council is considering raising council tax in its 2019-20 Budget, with proposals to use the additional income to help the city’s Shopmobility offer its services for free again, after the Council controversially added a charge to use the service in April 2018.

The introduction of charges to use the shopmobility service, which allows those with mobility needs to hire a mobility scooter for use when in Cambridge city centre, had been lambasted by Councillor Tim Bick, Lib Dem leader at Cambridge City Council, leading to a campaign and petition to scrap the charge. 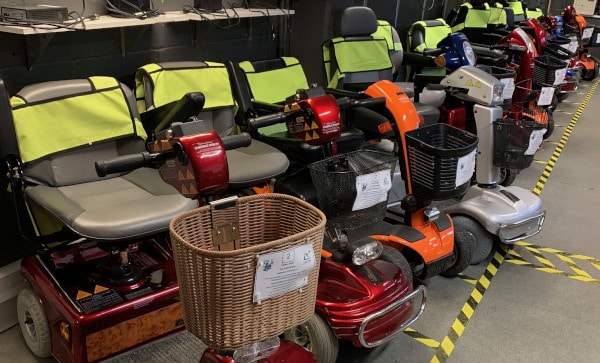 According to the Cambridge Lib Dems, the Council’s U-turn follows a year of plummeting usage of the service that left staff sat around guarding banks of unused scooters.

In the Council’s General Fund Budget Setting Report for 2019-20, it highlighted that even when charges were reduced, numbers continued to decline.

The report emphasised that “even after the Shop Mobility charges reduction in September, charging is not an effective route to matching the funding gap following the withdrawal of the County Council £45k per year grant contribution. A free service will therefore recommence from April 2019.”

In response, the Council plans to reinvest £45,000 back into the service.

Commenting on the Council’s proposal to make the service free again, Councillor Bick, commented: “Not before time!

“To try and make a virtue out of listening on this is more than a bit rich, when Labour has been continuously warned, not only by the Lib Dem opposition but by service users and the general public, from the very start of this doomed policy a year ago. Since, there has been a full year of trying to charge vulnerable people more than they could afford – and a full year of not listening! An unseemly spectacle.

“The truth is Labour have ultimately been beaten up into this u-turn by Cambridge public opinion, simply because they were so out of touch. We want our city to be inclusive, not to leave disabled people on low incomes cut off at home.

“What were they thinking of? This was a particularly cruel way to raise additional revenue, which many towns and cities have made a priority of avoiding.”

https://thiis.co.uk/cambridge-city-council-u-turn-controversial-shopmobility-charges-as-numbers-plummet/https://thiis.co.uk/wp-content/uploads/2019/01/unused_scooters.jpghttps://thiis.co.uk/wp-content/uploads/2019/01/unused_scooters-150x150.jpg2019-01-10T09:13:37+00:00Calvin BarnettInvestments & FundingNewsroomThird SectorCambridge City Council,charges,funding,Liberal Democrats,Mobility scooters,mobility service,Shopmobilities,Shopmobility,u-turnIn Cambridge, the City Council is considering raising council tax in its 2019-20 Budget, with proposals to use the additional income to help the city's Shopmobility offer its services for free again, after the Council controversially added a charge to use the service in April 2018. The introduction of charges...Calvin BarnettCalvin Barnettcalvin@thiis.co.ukAdministratorTHIIS Magazine