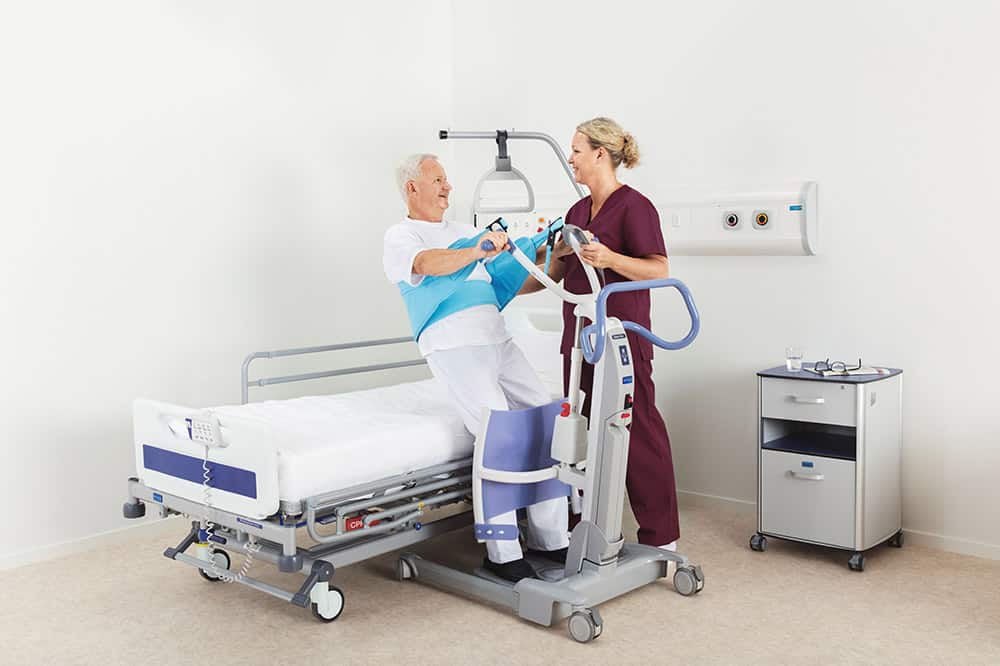 The global supplier of medical devices, services and solutions for people with reduced mobility and age-related health challenges disclosed that it performed particularly well in North America, which grew organically by 6.4 percent from £54.4million to £65million.

The Group’s largest market, the US, reported organic growth of 4.2 percent and Canada also enjoyed substantial growth of 15.5 percent in the quarter, which was driven by a positive performance across all product categories and in rental operations.

Commenting on the Swedish multinational’s North American activities, Joacim Lindoff President & CEO of Arjo, commented: “Both the US and Canada had a solid start to the year. I can also state that our organization in North America is doing an outstanding job and has implemented effective work methods and clear follow-up procedures.”

Arjo’s sales in the UK were restrained, with the company citing Brexit as the fundamental cause.

“As expected, we saw a decline in the UK compared with a strong first quarter in 2018,” explained Lindoff.

“For us, this decline was primarily driven by uncertainty surrounding Brexit, where the NHS is not prioritising investments in capital goods in their year-end budgets to the same extent as before. This has impacted both Arjo and the industry at large. We are continuing to closely monitor Brexit to minimize any potential negative impact for our customers.”

In addition to slowing down sales, Arjo also reported that a temporary inventory build-up in Q1 related to uncertainties around Brexit had impacted working capital.

Alongside Brexit, the company also noted that continued price pressure within Rental operations in the UK also played a part, however, highlighted that these results must be seen in relation to its markedly strong Q1 in 2018.

Additionally, the company revealed net sales increased by 8.3 percent in Q1 for the Rest of the World, with Singapore, New Zealand and India experiencing a strong start to the year and investments in a sales organisation in Japan yielding good results and continued growth potential, says the company.

Discussing the Group’s main priorities for the remaining three quarters of 2019, Lindoff emphasised it will continue to strengthen its commercial focus, particularly in the US, as well as improving Supply Chain and Purchasing efficiencies to improve the company’s gross margin, which remained flat at 44.1 percent in the quarter – the same as Q1 2018.

“Furthermore, we will continue to develop our offering during the year and thereby create increased value for our customers. Dementia is a growing challenge in the healthcare sector and three of Arjo’s products have been accredited by the University of Stirling’s Dementia Services Development Centre during the quarter,” commented Lindoff.

“It is through a clear focus on our solutions in dementia care that we can improve work for healthcare providers and enhance the quality of life for those living with dementia.”

In addition, the company’s divestment of its low-cost bed function Acare was completed on February 28, 2019, with Arjo expecting the move to have an annual positive impact of about £2million on operating profit for the remaining year and onwards.

“We have made a solid start to 2019 and we have a significant order stock for delivery in coming quarters,” finished Lindoff.

“As a result, we are even more confident in delivering yet another year of profitable growth for the Group.”