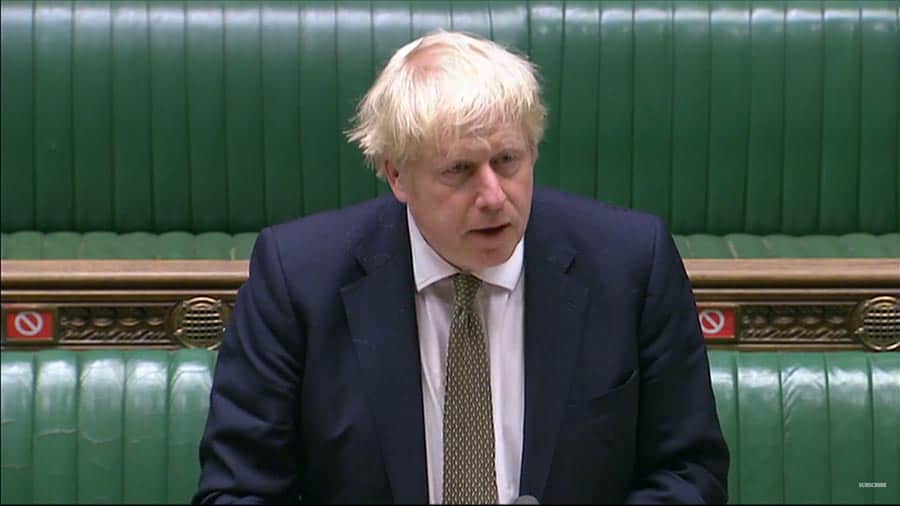 Addressing MPs in the House of Commons, Prime Minister Boris Johnson revealed a new three-tier lockdown system, with the highest tier resulting in the closure of many hospitality businesses.

In his statement to the Commons, the Prime Minister explained that there are currently more people in hospital than there were when the UK first entered a national lockdown on 23 March.

Despite deaths rising, however, Boris Johnson contended that the answer was not another complete lockdown, arguing the damage to the economy would make it difficult to fund public services such as the NHS, alongside the impact to children’s education.

Also addressing calls to let the virus run its course naturally, the PM countered by noting the “bleak mathematics” of that would lead to many deaths, alongside the NHS being overwhelmed.

Conceding that the mix of local, regional and national lockdowns has led to confusion surrounding the rules and restrictions relating to COVID, Boris Johnson announced the introduction of a simplified lockdown system in England.

The system is split into three tiers: Medium, high and very high.

[Tier 1] – Medium covers most areas of England, which will continue to have the current national lockdown rules in place – the closure of pubs and restaurants by 10pm and the rule of six.

[Tier 2] – High covers most areas currently under some form of local lockdown, which includes the national lockdown rules but with added restrictions of not being able to mix with households indoors. Notably, support bubbles will still be permitted in these areas.

[Tier 3] – Very high will see the most stringent of lockdown measures introduced, with the baseline of measures including the mandatory closure of pubs and bars unless they can operate as restaurants and a ban of mixing with different households, both inside and in gardens.

According to the PM, the central government will work with local authorities to agree more restrictions in very high areas, with local government having the power to decide the fate of venues such as gyms.

Importantly, Boris Johnson confirmed that non-essential shops, schools and universities will remain open, even in very high areas of infection.

While he did not explain specifically what these measures mean for those who were required to shield during the first lockdown, Boris Johnson did state: “We are also publishing updated guidance to explain what the COVID alert levels mean for those who are clinically extremely vulnerable.”

The first area to enter the very high tier 3 level is the Liverpool city region, which will see the baseline measures enforced, along with the closure of gyms, leisure centres, betting shops and casinos.

“Regulations for all three COVID local alert levels are being laid today. They will be debated and voted on tomorrow, before coming into force on Wednesday,” stated the Prime Minister.

“We will also keep these measures under constant review, including a four-week sunset clause for interventions in “very high” areas.”

For very high areas, the government has confirmed it will extend its job support scheme to cover two-thirds of the wages of any business that is required to close, as well as providing businesses with a cash grant of up to £3,000 a month, instead of £1,500 every three weeks.

The government will also provide local authorities across England with around £1 billion of new financial support, as well as further financial support for local test and trace in tier 3 areas.

https://thiis.co.uk/breaking-pm-confirms-retail-to-remain-open-in-very-high-areas-as-three-tier-system-revealed/https://thiis.co.uk/wp-content/uploads/2020/10/Boris-Johnson-PM-three-tier.jpghttps://thiis.co.uk/wp-content/uploads/2020/10/Boris-Johnson-PM-three-tier-150x150.jpg2020-10-12T17:02:33+01:00Calvin BarnettCoronavirus NewsCOVID-19 Sector NewsGovernment & Local AuthoritiesNewsroomNHSSector NewsAddressing MPs in the House of Commons, Prime Minister Boris Johnson revealed a new three-tier lockdown system, with the highest tier resulting in the closure of many hospitality businesses. In his statement to the Commons, the Prime Minister explained that there are currently more people in hospital than there were...Calvin BarnettCalvin Barnettcalvin@thiis.co.ukAdministratorTHIIS Magazine