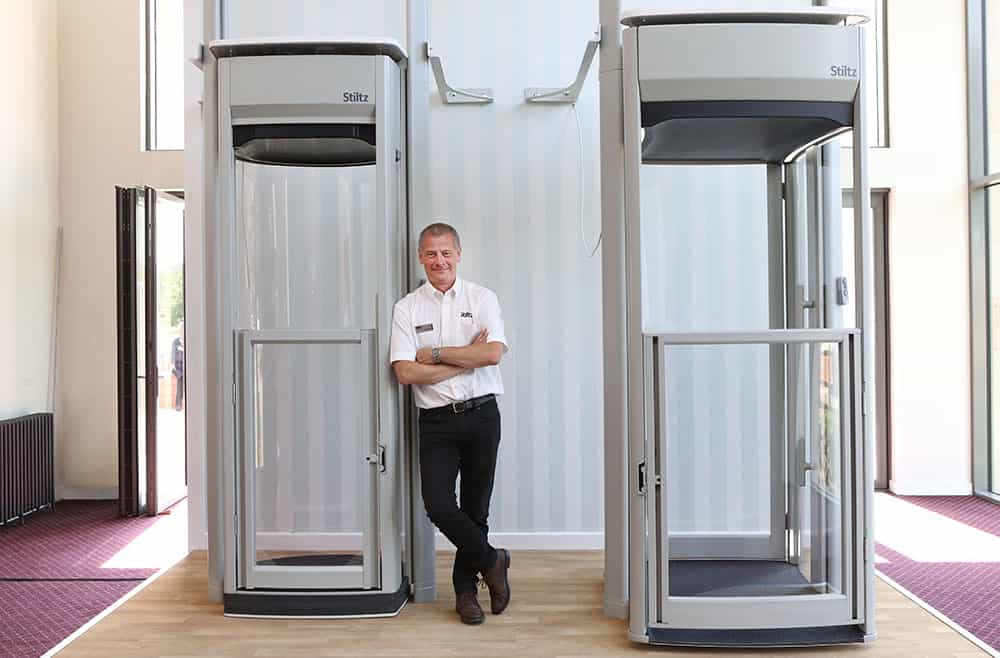 With export sales growing 86 percent to more than £11million in 2018, homelift manufacturer Stiltz has ranked in the fifth annual Sunday Times Lloyds SME Export Track 100 for a third successive year.

Compiled by Fast Track and published in The Sunday Times in May, the SME Export Track ranks the top 100 small and medium-sized private companies with the fastest-growing international sales over the last two years.

The domestic lifts manufacturer placed 34th in the competitive category – having ranked seventh in 2016 and 10th in 2017 – as well as being the eighth highest-ranking business in the Midlands region.

Having now installed its homelift range in more than 30 countries, the Kingswinford-based supplier has seen export sales increase from £6.2million in 2017 to £11.1million in 2018 – accounting for more than half of its total £19million revenue.

In particular, Europe continues to be an important market for its export operations despite the uncertainty caused by Brexit, confirmed Stiltz. With strong international sales in northern Europe, the company has recently established new distributors in a number of Mediterranean countries.

“We are once again delighted to be ranked as one of Britain’s fastest-growing SME exporters. British businesses are, of course, cautious about Brexit but this has not stopped us continuing to make Europe a big part of our export sales strategy as Stiltz Homelifts clearly need to have a presence there,” commented Mike Lord, Chairman of Stiltz Homelifts.

“Sales of our products increased in Europe again and we now have our sights set on southern Europe with dedicated on-the-ground business development in that territory. We have also targeted markets outside of Europe, in Asia and Africa, and we expect these markets to continue to grow significantly. Our Export Sales Manager Magda Starzak was a key appointee for Stiltz at the end of 2018, and is helping us achieve this objective.”

In addition to the European export growth, Stiltz has also driven further international expansion with approved partners set up in New Zealand, on the African continent, the Middle East and the Far East in the past 12 months.

“Our total sales demonstrates a huge demand for our unique range of homelifts around the world as more and more people become aware of how our products can improve homeowners’ lives,” continued Mike.

“At Stiltz, our aim is to ‘democratise’ homelifts by making them accessible to all and we will continue to explore other countries in order to extend our global reach further.”

Commenting on the companies’ featured in the SME export list, Liam Fox, Secretary of State for International Trade, said: “SMEs are fundamental to achieving our target of increasing exports as a percentage of GDP to 35 per cent, so it is vital we give them the recognition they deserve. The exporters listed in this year’s SME Export Track 100 are pioneers whose example should be followed by ambitious businesses across the UK.”