A woman from Bath who tragically lost her elderly mother following a fatal fall involving a stairlift has questioned whether the devices should be installed in the private residences of vulnerable people.

In a comprehensive letter first published by Somerset Live, 53-year-old Teresa Fowler describes how an accident involving her 74-year-old mother Dorothy Fowler in her Twerton home on November 22nd 2019 resulted in her death on December 18th.

In the letter, Ms Fowler described that her mother fell from the top of her stairs in her home, whilst “the stairlift chair was still at the top of the stairs but one of the armrests was up so it looked like she had tried to get on it.”

Ms Fowler said the fall resulted in devastating injuries: a 12-inch gash to her head, a fractured collarbone, seven broken ribs, a broken femur and multiple soft tissue injuries including the degloving of one of her fingers.

She also highlighted aspects of the chair’s installation that concerned her, including access to the front door being blocked whilst the chair was in use and being installed “in a place where Mum had to turn around and sit down on the seat at the top of the flight of stairs, with nothing to steady herself on or stop herself from falling but a fold up armrest.”

Emphasising that she did not blame the local council or the housing association for the death as they fulfilled their duty of care, Ms Fowler instead calls into question the suitability of the lifts in homes for vulnerable and elderly people.

Speaking with THIIS Magazine, she confirmed her mother had been assessed for eligibility and approved the grant to have the lift installed and fitted, with servicing and maintenance being the responsibility of the housing association, however, the suitability of her stairlift had not been monitored as her condition had deteriorated since first having it fitted.

Ms Fowler also told THIIS that a year before her death, her mother had suffered a fall in her home which led to a three-week stay in hospital before being discharged.

According to Ms Fowler, an OT assessment from the local hospital’s ‘Falls team’ was carried out following the fall to review Dorothy’s home environment, however, did not identify that her lack of balance or mobility could make future use of the existing stairlift unsafe.

The story comes following a housing landlord’s decision to recently remove all stairlifts from communal staircases throughout two of its sheltered accommodations, citing concerns over health and safety.

The full letter from Teresa Fowler is available to read below

If you are in the industry and wish to share your thoughts on this story, contact info@thiis.co.uk

The letter in full

“I’ve just buried my mum five days after what would have been her 75th birthday had she not passed away a week before Christmas.

“She died from medical complications that set in after an accident that put her in intensive care for almost 4 weeks.

“My poor, frail mother suffered a 12 inch gash to her head, a fractured collarbone, 7 broken ribs, a broken femur and multiple soft tissue injuries including the ‘degloving’ of one her fingers.

“You might think, judging by the extent of her injuries, that she’d been in a car crash? She hadn’t. This accident happened in her own home.

“She fell from a stairlift that was in perfect working order and was being used in exactly the way it was intended to be used.

“We can only speculate as to why she decided to go downstairs at 1am on that fateful night but what we do know is that she was found at the bottom of the stairs a few moments later, in a broken, bloody heap.

“The stairlift chair was still at the top of the stairs but one of the armrests was up so it looked like she had tried to get on it.

“She probably got confused about the time and was heading down to get a cup of tea. Mum’s health had been steadily declining and she was getting very weak.

“This accident probably only robbed her of a few more months of life – maybe a year if she was lucky – but that is why those few months were all the more precious.

“For her to meet her end in such a terrifying and violent way is just too cruel.

“Especially when she was using a piece of equipment that was supposed to make her life easier and maintain her independence, not lead to her early death.

“Her traumatised family take some small comfort in the knowledge that she had no memory of the fall.

“Still, I find it hard to believe there wasn’t a moment when she was falling that she was terrified…or that she didn’t feel the impact and the intense pain sustaining her injuries would have caused.

“I am in utter anguish and I know this is probably the wrong time to talk about what happened but I cannot rest a moment knowing that my words might stop some other precious parent and their family going through what we did.

“It is my firm belief that stairlifts can help in certain situations but they are not suitable for use in private homes. I now think they should only be used under supervision in places like care homes.

“I also believe they are not safe even when there are other adults living with their parents…unless their carer decides never to sleep, nip to the shops, or have a quiet soak in the bath.

“The immense guilt my sister is experiencing because she didn’t hear Mum wake up will probably torment her for the rest of her life.

“A quick Google search brings up a handful of disturbing stories about adult children popping in to visit a parent one morning and finding them severely injured, and sometimes dead, at the bottom of the stairs.

“They, much like my Mum’s children, had probably slept in blissful ignorance of the danger they had put their parents in by having the stairlift installed and then assuming they were safe to navigate the stairs on their own.

“If we had never had it fitted, then our housing association would have been forced to move Mum to a bungalow.

“Failing that, we would have moved her downstairs into the living room. But Mum wanted to maintain her independence and stay in the family home.

“The stairlift removed one of our objections to that because when it was first installed, all she needed was help getting up and down stairs.

“We have had an issue with the way the equipment was installed from the start.

“For some reason, it was fitted in such a way that an extending arm blocked the front door from opening while it was in use.

“It was also installed in a place where Mum had to turn around and sit down on the seat at the top of the flight of stairs, with nothing to steady herself on or stop herself from falling but a fold up armrest.

“There is a safety belt but you have to be firmly seated on the chair to be able use it. We would have preferred that it was installed on the other wall, with the seat stopping just outside her bedroom door on the landing but we were told that was not possible.

“Does that mean, in hindsight, that Mum’s house was not suitable and she should have been refused? The equipment made an already tight space much tighter.

“On Mum’s last night in her own home, the fire brigade had to be called to help get her on a spinal board as there was not enough space in the downstairs hallway for the ambulance crew to do it themselves.

“When she had been taken to hospital on other occasions, the ambulance crews had trouble manoeuvring the chair stretcher passed the stairlift.

“God only knows what they and the fire brigade would have done if a spinal board had ever been needed upstairs! There were other problems.

“The equipment runs on electricity. Mum paid for her utilities via prepayment meters, which meant the electric often ‘ran out’.

“More than once, she found herself stranded half way down the stairs when this happened and had to climb off on her own (if one of her children wasn’t at home to help her).

“It never happened but I imagine a local power cut would have the same result, no matter how one pays for their electricity?

“Mum was stranded halfway up/down the stairs more than once because the equipment itself is very temperamental.

“Engineers had to come out and get it working again multiple times in the years she had it. One final point I would like to make about their safety and suitability is that they come with a warning that they are not to be used by children.

“I imagine that is because children exercise poor judgement, are unsteady on their feet and have little ability to foresee the consequences of their actions.

“I can tell you from personal experience with my own mother, and after years spent working with the elderly, that they often suffer from the same poor judgement, unsteadiness and cognitive impairment.

“Our fabulous MP, Wera Hobhouse, has promised to raise the issue with Secretary of State for Housing, Communities and Local Government to ask for their assurances that the safety regulations surrounding stairlifts are regularly reviewed and to convey my concerns about their use in private homes.

“She said she will keep me informed of any response.

“I hope that writing this piece helps more than just me.

“As I said, I feel an urgent need to raise awareness. I also want what happened to my mum to matter.

“The housing Association and council fulfilled their duty to help their tenant, and the stairlift company made a profit from installing their equipment where they were told to.

“Because of this, my mum is now dead before her time.” 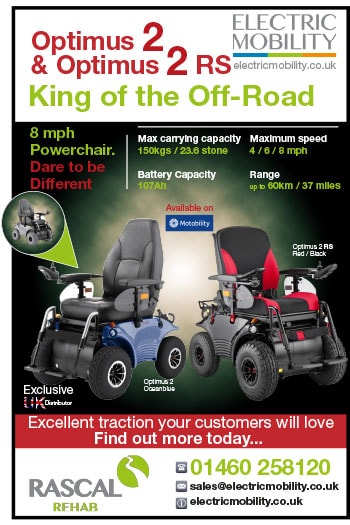