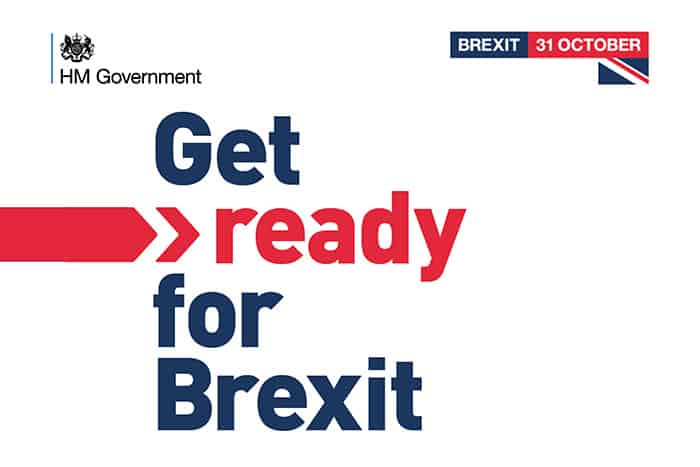 With Boris Johnson’s formal acceptance of the EU’s offer of a Brexit extension until the 31st January 2020 ending the possibility of a no-deal Brexit at the end of October, the Government has informed healthcare suppliers to maintain all no-deal planning until further notice.

As the UK braces itself for a winter election, a letter from the Department of Health & Social Care’s Chief Commercial Officer Steve Oldfield has outlined the potential implications of the extension on no-deal Brexit planning.

Discussing the Withdrawal Agreement and Political Declaration secured by the PM, Oldfield explains in the letter: “If the Withdrawal Agreement is ratified by both the UK and European Parliaments, the UK will leave with a deal. If ratification has not happened by 31st January 2020, the legal default is that the UK will leave the EU without a deal.”

In the wake of the announcement to accept the EU’s extension, the Government declared it was pausing its national advertising campaign urging the public to prepare for a no-deal, which had seen the adverts placed across television, billboards, social media and banners.

The advertising campaign was reported to have cost £100m.

With no-deal still a possibility, however, the letter said the Department of Health & Social Care is currently reviewing its no-deal planning, announcing it will provide more information about what happens next as soon as it becomes available.

In the meantime, the line from the Government is that companies in the sector responsible for medical devices should continue with no-deal contingencies.

“We will work closely with industry trade bodies and other stakeholders to review the position carefully before sharing further guidance. In the meantime, all no-deal plans remain applicable and should be maintained until further guidance is issued,” confirmed Oldfield.

“This includes: your plans to re-route away from the short straits; additional buffer stocks over and above business as usual levels; and, being ready for new customs and border arrangements (“trader readiness”).”

Expressing his gratitude for organisations’ “continued engagement and support over the past few months,” Oldfield vowed that the Department will do all it can to ensure the industry receives the information needed to plan as soon as possible.

The requirement for suppliers, importers and distributors to maintain stocks “above business as usual levels” is one likely to be met frustration with frustration from business leaders, with the added costs related to warehousing and investment tied up in additional stock seemingly becoming the new normal for organisations.

Highlighting the impact on the retail sector, Helen Dickinson, Chief Executive of the British Retail Consortium, said: “For the third time, the UK has required an extension to avoid a chaotic no-deal Brexit. While we have been clear that a no-deal Brexit would be disruptive for both consumers and retailers, each repeating cycle of parliamentary impasse and extension is costing retailers hundreds of millions that would be better spent improving customer experience and reducing prices.

“The UK cannot teeter on the edge of Brexit indefinitely. Brexit uncertainty continues to take its toll on retail businesses and the three million retail jobs that exist today. This extension does not offer time for complacency and it is essential that Parliament commits to resolving Brexit once and for all.”