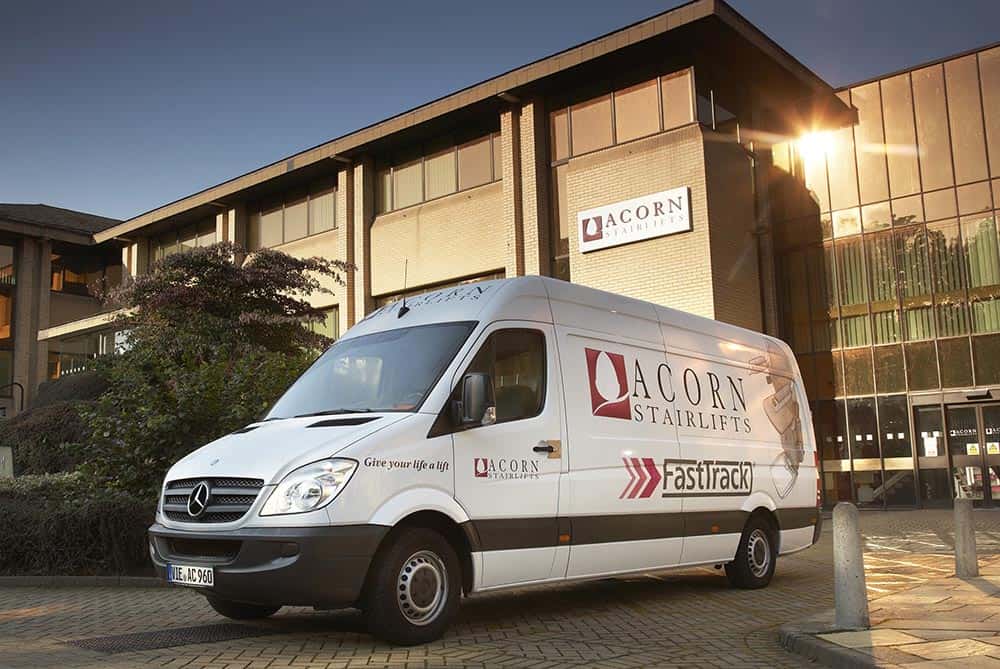 Acorn Stairlifts, the Yorkshire-based global manufacturer of stairlifts, has reported “another successful year of growth” in the year ended September 2018, with turnover and profit increasing in both the Group’s domestic and export operations.

Created by the company’s founder and current Chairman John Jakes in 1992, Acorn has grown to become a worldwide stairlift juggernaut, manufacturing over 70,000 stairlifts annually from its UK factories and exporting to over 80 countries, including the USA where it enjoys sizable market share.

According to Acorn’s latest strategic report for the year ended 30 September 2018, the company’s revenue grew six percent to £224million – up from 2017’s £211million – with 71 percent of revenue being generated outside the UK.

The Group’s operating profit (excluding costs) also rose moderately from £22million in 2017 to £22.2million in 2018, however, the company noted operating margin decreased over the period by 0.5 percent.

Alongside the turnover and profit growth was also a growth in dividends paid, up from £19million in 2017 to £20.8million in 2018, with post-year-end interim dividends of £12.6million also being declared.

In contrast, the company invested £75,000 in direct research and development projects in the year ended September 2018, a marginal increase on the previous year’s £69,000.

In total, the company has paid out £97.5million in dividends in less than a decade and Jakes, who now resides in Monaco, remains the sole shareholder for the stairlift giant, with all dividend payments going to him.

Reviewing the potential impact of Brexit on the British manufacturer, Acorn highlighted that it does not consider itself at risk, both in relation to loss of key staff or a decline in European markets.

In particular, the report reads: “The Group’s revenue either wholly derived in the UK or rest of World territories other than European countries is 85% of total revenue. The Group is therefore not considered to be significantly exposed to the risk of the loss of key EU markets.”

Despite minimal exposure to Brexit fallout, Acorn says it has increased its stock levels in Europe in order to mitigate any supply chain delays as a result of potential disruption at UK shipping ports.

With a considerable focus on achieving “ambitious sales growth”, including increasing its headcount from 1,485 employees to 1,536, the report emphasises Acorn’s objective to enter new geographic markets and improve market share, continuing to develop its expanding global reach.