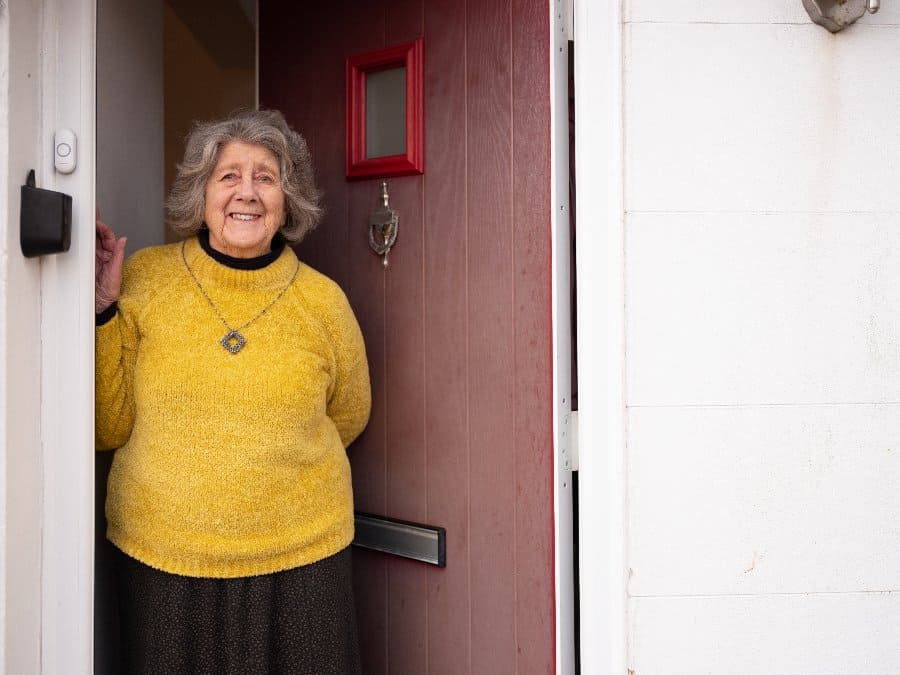 New analysis carried out by the County Councils Network (CCN) shows that the quality and accessibility of adult social care could worsen as county areas has seen the elderly population grow significantly over the last decade.

England’s elderly population of county and rural areas has increased by over a million people during the past decade, meaning that there are now as many people aged over 65 as children and young people, a new report has revealed.

The CCN warns that this demographic shift is adding significant pressure to adult social care services and funding from the government has failed to keep up with these changes, with county authorities receiving money based on an ‘outdated’ funding formula.

Due to the demographic shift and the ‘outdated’ formula, social care services in county and rural areas are hundreds of millions of pounds worse off compared to cities and large towns in England, with county and rural councils facing a further multi-billion-pound shortfall from next year’s planned care reforms.

In contrast, the ratio of new over 65s to children and young people in towns and cities in the North and West Midlands was three to one and in London two to one, with the combined growth in older people in these areas 400,000.

The government had attempted to address how funding is distributed for social care services in its Fair Funding Review, but this has been delayed due to the pandemic.

Councillor Martin Tett, County Councils Network Adult Social Care Spokesperson, said: “Over the last ten years we have seen an elderly population boom in county areas, with the increase in over 65’s far outstripping rises in other parts of the country.

“This continues the demographic trends we’ve seen in counties for decades, with more people living longer or choosing to live in England’s counties.

“This is to be welcomed. But we also must recognise that the dramatic increase in over 65’s in county and rural areas will have a significant impact on adult social care services.”

Analysis for CCN shows that if the government had implemented a new funding formula for social care services the government previously developed as part of its long-promised reforms, county and rural councils would be receiving at least £440m additional funding each year.

This is because the formula that currently distributes funding fails to take into account the growth in those over 65’s since 2011 and increased demand for services in county and rural areas.

County leaders are warning the underfunding of care services could become dramatically worse over the next decade, exacerbated by the significant increase in rural elderly populations and disproportionate impact of adult social care reforms.

Councillor Martin Tett continued: “The failure to reform an outdated council funding formula has left social care services in these areas already hundreds of millions of pounds worse off.

“The reforms to social care in England will have a further disproportionate impact on county areas. Unless the government provides more funding and changes to the distribution of money for its flagship adult social care reforms, the quality and accessibility of care services could be further worsened.”

From October 2023, flagship reforms to adult social care will be introduced, which will include a more generous means test, a cap on care costs of £86,000, a move towards a ‘fair’ cost of care, and the ability for people who arrange and fund their own care to ask their local authority to do it on their behalf.

A recent report for CCN showed these reforms could leave county and rural councils with a funding deficit of £7.6bn over the next decade. CCN warns that unless the government provides more funding and changes the way it allocates resources between councils, the quality and accessibility of care could worsen further in these areas.

With the government expected to announce a funding consultation later this month to determine the distribution of council funding to implement the reforms, CCN is calling on the next government to fully fund the reforms and implement a new formula to ensure county and rural areas receive a fair share of resources.

https://thiis.co.uk/accessibility-of-adult-social-care-set-to-worsen-as-elderly-population-grows-in-county-areas/https://thiis.co.uk/wp-content/uploads/2022/07/Older-lady-in-doorway-Centre-for-Ageing-Better-July-22.jpghttps://thiis.co.uk/wp-content/uploads/2022/07/Older-lady-in-doorway-Centre-for-Ageing-Better-July-22-150x150.jpg2022-07-22T08:39:12+01:00Millie YorkNewsroomReports & ResearchSector Newsadult social care,County Councils Network,elderly populationNew analysis carried out by the County Councils Network (CCN) shows that the quality and accessibility of adult social care could worsen as county areas has seen the elderly population grow significantly over the last decade. England’s elderly population of county and rural areas has increased by over a million...Millie YorkMillie Yorkmillie.york@bhta.comAdministratorTHIIS Magazine